A former anti-apartheid activist who was imprisoned on Robben Island with Nelson Mandela before ascending to one of the highest judicial posts in South Africa will deliver a public lecture for UNSW Law this month. 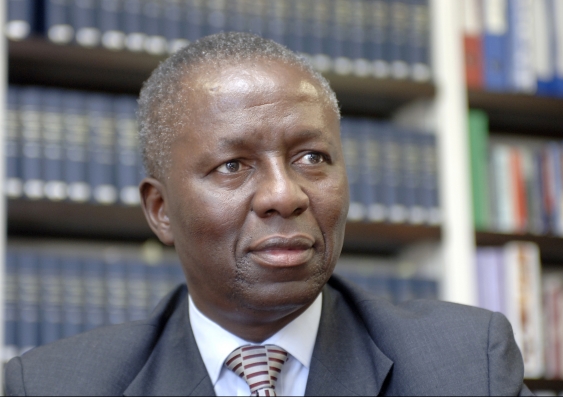 On 15 June, Moseneke will deliver a public lecture in Sydney, hosted by UNSW Law, the Gilbert + Tobin Centre of Public Law and the Rule of Law Institute of Australia, where he will reflect on recent events in South Africa and beyond to examine the balance between the democratic process and robust constitutionalism.

It has been a long road for the man described by African National Congress parliamentary spokesperson Moloto Mothapo as “undoubtedly one of the finest legal minds this nation has ever produced”.

At age 13, he was shocked by news reports of the Sharpeville Massacre, where police opened fire on protesters and killed 69 people. Increasingly aware of the inequality around him, Moseneke became involved in the anti-apartheid movement. He was arrested for taking part in anti-apartheid activities, charged with conspiring to overthrow the apartheid government, held in solitary confinement for 90 days and tortured. He was found guilty and jailed on Robben Island.

Aged just 15, he was the island’s youngest prisoner and had limited contact with his family. His school teacher mother had to drive more than 1000km for a 30-minute visit during school holidays.

During his 10 years of imprisonment Moseneke befriended other activists, including Nelson Mandela, and completed degrees in Arts and B Iuris from the University of South Africa. After his release he spent five years under house arrest, during which time he completed his Bachelor of Laws.

In 1983 he applied to the Pretoria Bar, which had long supported apartheid policy, and sparked a dispute that resulted in the abolition of its “whites only” rule. He was appointed to Senior Counsel in 1993, and in the same year served on the committee that drafted South Africa’s interim Constitution.

Throughout his judicial career, he has stressed the importance of constitutional democracy, arguing that Parliament must function within the ambit of the Constitution. He has insisted that it is the obligation of the Court to uphold the Constitution rather than the will of a political party.

Bookings: The event is free but registration is essential, available here