Important sectors of the economy have been quick to point out the potentially huge negative impact the changes to 457 visas will have, writes Richard Holden. 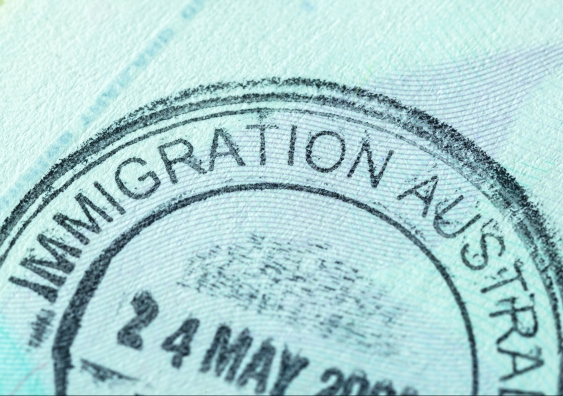 OPINION: If it's true that "the first revolution happens when you change your mind", then Malcolm Turnbull is quite the insurrectionist. His latest in a string of "I never said that" moments is to reverse course on skilled migration. Having previously accused Julia Gillard of an "attack on 457s [that] strikes at the heart of [our] skilled migration system" he decided to deliver the coup de grace to it.

Since the announcement on Tuesday that the current 457 visa system would be replaced there has been much praise – from many quarters – for the Prime Minister mixing good politics and good policy. Indeed, the only significant political figure who seems dissatisfied is opposition leader Bill Shorten, who thinks the changes too soft on policy grounds, and too cunning on political ones.

Yet important sectors of the economy quickly pointed out the potentially huge negative impact the changes will have. Atlassian co-CEO Mike Cannon-Brooks highlighted the need for overseas talent, noting that: "We've got about 1000 people in Sydney, and about 25 per cent of the Australian staff are on 457s." Anything that hurts the technology sector flies in the face of the government's own purported stance on innovation, and will damage one of the key growth sectors for the Australian economy of the coming decades.

The university sector should be even more terrified. Although it seems to have escaped the government's attention, Australian universities operate in a global labour market for academics.

This is true in almost every field. University of Sydney Vice-Chancellor Michael Spence pointed to the more than 300 academics at his institution on 457s, including stars such as Professor Michael Biercuk – a leader of their quantum computing unit – who came from the US on a 457 visa in 2010.

For a detailed case study, take my field: economics. In the last five-plus years, the School of Economics at UNSW has hired numerous newly minted PhDs as lecturers, in response to strong demand for our degree offerings. A hundred per cent of those new hires got their PhD at overseas universities and were not Australian citizens or permanent residents when hired. They were hired after receiving PhDs from universities including Harvard, Massachusetts Institute of Technology (MIT), Boston University, Princeton, Northwestern, Wisconsin, Rochester and Toulouse.

Why? Because universities like these produce the best PhD graduates in economics, and we have been fortunate enough to attract them.

That's not a knock on home-grown PhDs – but the way we make those Australian PhD students internationally competitive is for them to be trained by people who already are.

As I read it, the proposed two-year "experience" requirement would stop Australian universities hiring such folks. That would be an unmitigated disaster for most academic departments at the top universities in Australia. Having to go through some charade of labour market testing would be bad enough, but the current proposal looks calamitous.

Ironically, despite President Trump's populist banter, the US is moving in the opposite direction. The US currently places great value on highly skilled immigrant labour through its H1B visa program. I ought to know, I was lucky enough to be hired as an assistant professor at MIT on such a visa after getting my PhD at Harvard.

The Trump administration recently announced an overhaul of the H1B program. But what does it entail? Nationalist, border-closing, expulsion of foreign talent? Actually, no. Trump wants there to be less of a "lottery" aspect to H1Bs, and to tilt the playing field in favour of top employers hiring PhDs and other highly qualified foreign nationals.

Score one for Trump the internationalist; zero for Turnbull the nativist.

We should remember that the US policy also benefits Australian academia, with US-trained Australians often returning home. I know of faculty members at Australian university economics departments who have studied in the US and then been on the faculty at the very top departments: NYU, Yale, Columbia, MIT and the University of Chicago. And it is, of course, not just the field of economics – this is true across the spectrum.

The government's populist ploy to outflank Labor and undercut One Nation may be crafty politics, but it's lousy policy. A crackdown on foreign actors, deer farmers, golfers and turf growers looks set to turn into a devastating blow to the technology and university sectors.

I think – like the PM used to – that cracking down on 457s in general is a bad idea. But doing so in a way that crushes the backbone of Australia's knowledge and innovation economy is a truly terrible idea.