Australia’s exemption from Donald Trump’s steel tariff does not remove the risks of an international trade war, writes Tim Harcourt. 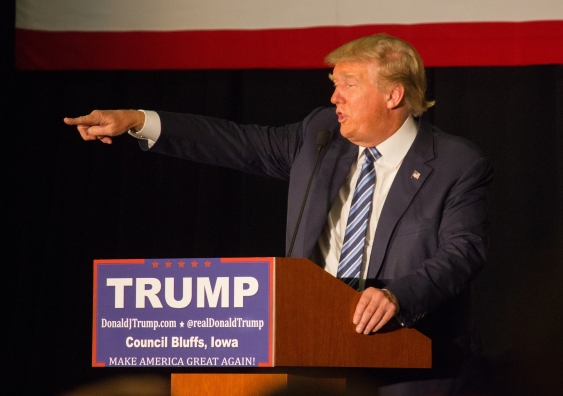 Australia’s exemption from the new US steel tariff will be cold comfort if Donald Trump’s protectionist move ends up in retaliation and a global trade war.

This is not merely trade policy by Twitter. The President has announced steep tariff increases, with a 25 per cent import tariff on steel and 10 per cent on aluminium. Financial markets are jittery and world leaders fear a trade war, right as there are good signs of better days ahead in the global economy.

So why did Trump do it?

Politically, it is aimed at the blue-collar industrial swing states that eschewed Hillary Clinton and went to Trump to give him the crucial electoral college votes to get to the White House.

Clinton offered them lectures on misogyny and racism. Trump offered them tariff protection. It won’t help them in the long run, but it might help Trump politically when he seeks re-election in 2020.

Economically, however, it may hurt Trump, too. It is said that putting up tariffs is like putting rocks in your own harbour and, ultimately, will hurt your own country’s consumers, producers and workers. That was the rationale behind the Hawke-Keating tariff reforms of 1983-96, which took Australia from a protected economy with high inflation and high unemployment, to an economy that has experienced more than 25 years of economic growth.

Trump’s decision is likely to play well in steel towns and the industrial mid-west but Congress representatives from agricultural, export-orientated states will probably fear retaliation, as will those from the IT areas such as Seattle and Silicon Valley, which rely on international markets for their success.

Have we seen this movie before? Former president George Bush imposed steel product tariffs in 2002, but withdrew them later, with little impact. But Bush was bringing in tariffs during a US slump before engaging in free-trade agreements elsewhere – including with Australia – while Trump has no such agenda.

In the end, Trump's tariffs might help him win the battle for Ohio, Michigan, Pennsylvania or Wisconsin, but they will lose him the war in terms of trade. Ultimately, we will all losers in a global trade war that will particularly harm the most vulnerable in all societies.

The big worry is that US trading partners will retaliate. The European Union has already threatened a tax on Harley-Davidson, Levi’s and Jack Daniel’s, and even Canada has threatened action. Canada, with Brazil and South Korea, is a major steel supplier.

China, while it may keep its powder dry, has mentioned possible action over US agriculture (e.g. soya beans) but it may take advantage of the retreat from global leadership by Trump to fill the vacuum. Japan will let China do the running. Having experienced the impact of “Japan bashing” from past US administrations, it would rather China be the fall guy for US trade aggression this time.

There will be direct and indirect effects on Australia. It appeared Malcolm Turnbull’s “100 years of mateship” visit to the US last month paid dividends when Australia was granted a tariff exemption on Saturday morning, joining in the winners’ circle Mexico and Canada (with whom Trump is re-negotiating the North American Free Trade Agreement).

But it’s not good news if it means a return to protectionism, and the US is not a huge market for Australian steel compared to Asia. In any case, Australian steel makers largely avoided major damage during the Bush steel product tariffs of 2002.

It could bring about unintended consequences. If the US is isolated, it could actually be good for Australia. If Trump makes the US an erratic and chaotic trade partner, Australia will be seen by China, South Korea, India and ASEAN as safe, reliable and on side in the Asia-Pacific.

In the end, Trump’s tariffs might help him win the battle for Ohio, Michigan, Pennsylvania or Wisconsin, but they will lose him the war in terms of trade. Ultimately, we will all be losers in a global trade war that will particularly harm the most vulnerable in all societies.

Even with an exemption for Australia (“mates rates”), the reprieve will not be worth it if a Trump-induced global trade war breaks out.

Tim Harcourt is the JW Nevile Fellow in Economics at the UNSW Business School. He is a former chief economist of the Australian Trade and Investment Commission, the Australian Council of Trade Unions and Reserve Bank of Australia.