Mattress maybe safest option after all

The European Union's response to the banking crisis in Cyprus is politically feasible but misguided, argues Ross Buckley. 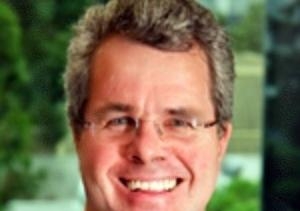 OPINION: The European Union’s response to the banking crisis in Cyprus makes me uncomfortable. In one sense what the EU tried to achieve last week in Cyprus was a logical extension of what had happened in the bailout of Greece. In the Greek case, bond holders were bailed in forced to take a massive haircut on the amount they could recover under their Greek bonds. In Cyprus’ case, the EU tried to engineer a similar recovery from bank deposits. The EU sought to apply taxes of 9.9per cent on deposits over 100,000 and 6.75per cent on deposits under that amount. No one saw this coming. Not surprisingly, the Cypriot people were enraged; automatic teller machines were emptied by customers when the measure was announced, banks had to be closed to prevent a run, and the Cypriot parliament refused to pass the measure into law.

The tax was an attempt to have depositors fund one-third of the bailout of Cypriot banks, because these banks fund themselves principally from deposits, not by issuing bonds, so what worked for Greece was not available for Cyprus. If one is a technocrat, sitting in Brussels, out of touch with how ordinary people think and feel, the tax on bank deposits in Cyprus was logical. It was logical and stupid. For the attempted tax displays a stunning failure to grasp what lies at the very heart of all banking systems, which is trust. Banking is inherently unstable. Banks typically fund themselves with short-term assets, such as deposits, which they then deploy in long-term commitments such as loans.

The resulting mismatch means few contemporary banks can withstand a run by depositors of more than a few days. In other words, if everybody wants to get their money out of a bank at once, they can’t. The bank hasn’t got it. It has lent those funds for periods from three to 30 years.

The tax on deposits above 100,000 would principally have fallen on Russian depositors, some of whom were depositing funds of questionable legitimacy. Furthermore, all bank deposits in the EU of up to 100,000 enjoy a government guarantee. This is only against bank failures, not government taxes, but these proposals breached its spirit, if not its legal terms. So a tax only on deposits of more than 100,000 may have been politically feasible, if still misguided.

However, to fund one-third of the bailout costs, such a tax would have needed to be about 16per cent instead of 9.9per cent. This would have been the measure most analogous to that adopted in Greece’s case.

With Greece, remember, most of its banks creditors were investors who had bought bonds issued by the banks, and in Cyprus case, most of the banks creditors are Russian depositors who put their money in the bank. However, to extend the tax, admittedly at a lower rate, to ordinary depositors with deposits of less than 100,000, was a fatal and ridiculous mistake.

How the needed bailout of Cypriot banks is to be funded is still being worked out, and the banks remain closed. While today this must be causing considerable hardship to people without credit cards and who did not have enough cash in hand when the measure was announced, the reverberations of this attempted tax may echo for years to come.

The next time the stability of Spain’s financial system is at all threatened, does the EU now genuinely expect Spanish depositors to sit back, relax and sip their sangria? Surely, with the precedent now set that their money is not safe from a tax grab from Brussels, depositors will make sure it is safe by taking it out of the bank and putting it under their mattresses.

This is precisely the sort of fear that causes runs on banks and exposes the inherent fragility at the core of contemporary financial systems. I hope I am wrong. I hope in the coming year we do not see runs on banks in Spain or Italy or elsewhere because of this precedent in Cyprus. A lifetime of analysing financial crises, however, makes me worried I’m right.