Outstanding questions about the downing of Malaysian Airlines Flight MH17 are now in the hands of the joint criminal investigation and potentially, the International Criminal Court, writes Sarah Williams. 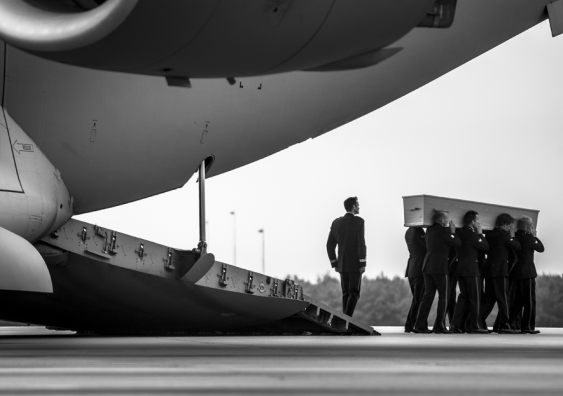 OPINION: The Dutch Safety Board has released its final report into the downing of Malaysian Airlines Flight MH17. That report tells us that the plane was shot by a surface-to-air BUK missile, launched from somewhere within eastern Ukraine. But it does not tell us who was responsible or why the plane was targeted. Such questions are now for the joint criminal investigation and, potentially, the International Criminal Court (ICC).
The Russian veto of the establishment of a UN ‘MH17 tribunal’ made headlines in July this year. By contrast, Ukraine’s filing of a declaration with the ICC on 8 September attracted little attention. In that declaration, Ukraine accepted the Court’s jurisdiction for criminal acts occurring in its territory from 20 February 2014.

While MH17 is not referred to specifically, the flight was downed in Ukrainian airspace on 17 July 2014, and should be covered by the declaration. ICC Prosecutor Bensouda has already expanded the existing initial investigation into events in Ukraine (which concerned acts between 21 November 2013 and 22 February 2014) to include this more recent period.

This means that the ICC Prosecutor may now investigate the circumstances surrounding MH17 and, if supported by the evidence, bring criminal charges against those individuals believed to be responsible. The evidence obtained by the joint investigation team, led by the Dutch and with the participation of other states, including Australia, and the final report, will be available to her.

In deciding whether to continue to investigate and bring charges for MH17, Prosecutor Bensouda must consider a number of factors. Three of these factors may prove difficult in relation to MH17.

First, that a crime has been committed within its jurisdiction. The ICC cannot look at any crime, but is limited to the four crimes of genocide; crimes against humanity; war crimes and aggression.

If MH17 is not considered one of these crimes, then the court will not be able to investigate or prosecute.

The downing of MH17 could be a war crime, as it occurred in the context of the armed conflict in Ukraine. Most relevant are the war crimes of murder of protected persons (ie civilians) or intentionally targeting civilians.

However, the facts surrounding MH17 are not clear, particularly whether those targeting the flight knew it was a civilian aircraft rather than a military aircraft. As the ICC cannot apply a negligence standard, if MH17 was targeted mistakenly this might preclude responsibility before the ICC.

A second hurdle is the prospect of criminal trials in any of the states affected. The ICC is not set up to hear all cases. Rather, it is a court of ‘last resort’, to step in only when the state concerned is not investigating or prosecuting the alleged crime itself. With MH17, there is already a joint international criminal investigation led by the Dutch. Courts in any number of states (including Australia) could potentially bring criminal cases.

The ICC Prosecutor may well determine that the downing of MH17 is already being investigated and that the ICC should not become involved.

A third issue is gravity. The ICC considers only the most serious cases. While in no way suggesting that MH17 was not serious, the Prosecutor must evaluate the gravity of MH17 against the seriousness of the other situations in which her office is or could become involved. Several of these situations feature thousands of civilian deaths, mass rape, destruction of villages and forced relocation.

If the accused include those in Russian territory or in territory controlled by the separatists, the ICC will NOT be able to compel Russian cooperation, including capturing and transferring suspects to the ICC. Without suspects in custody, trials at the ICC cannot proceed.

Triggering the jurisdiction of the ICC by the declaration is only the first step.

Convincing the ICC Prosecutor - and its judges - that the ICC can and should investigate MH17 might prove more challenging.

But the greatest threat to a successful prosecution is the non-cooperation of Russia.

As other ICC trials have shown, even a permanent international criminal court cannot overcome a lack of political will.

Dr Sarah Williams is an associate professor of International Law at UNSW.

This opinion piece first appeared in The Huffington Post Australia.