Opinion No change likely despite quashing of Hicks' conviction

The Australian government's response to the quashing of David Hicks' conviction for providing material support to terrorism has been underwhelming, writes George Williams. 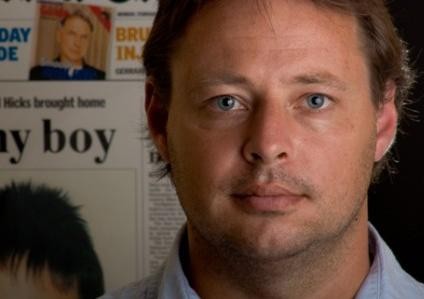 OPINION: Last week, a United States military appeals court rendered David Hicks an innocent man. The decision quashing his conviction for providing material support to terrorism was somewhat of an anticlimax, since it had long been accepted that his guilty plea could not stand. He had admitted to a crime that did not exist when he had committed his actions.

A conviction of another Guantanamo Bay detainee had already been overturned on this basis. A US court held that the acts of that person could not be turned into a crime after the event.

This reflects one of the most important aspects of any democratic legal system - that a person is entitled to act in accordance with the law as it stands. The law must not be applied retrospectively to make something illegal that was lawful at the time.

The same argument applied in Hicks' case. He has said that he received training from al-Qaeda and met Osama bin Laden, before being captured in Afghanistan in late 2001. In doing so, he committed no offence, because the crime of providing material support to terrorism was added to the US statute book years later.

The US government recognised this, and so put no submissions to the US military court suggesting that Hicks' conviction should stand. Its only argument was a technicality - that Hicks could not have his conviction overturned because he had waived his right to appeal.

This last-ditch defence failed because, even though Hicks said in his pre-trial agreement that he would waive his appeal rights, he had not submitted the papers for this within the required 10-day period.

The decision is another blow to the already discredited military commissions at Guantanamo Bay. These tribunals were established to enable the quick prosecution of detainees, without having to abide by the normal protections and rules of evidence. The tribunals were attacked from the beginning as being unjust, unconstitutional and prone to unreliable outcomes.

The military commissions have also proved spectacularly unsuccessful in their most basic function. They have not produced convictions that can withstand challenge. To date, only six people have been convicted at Guantanamo Bay. Three of those findings have been overturned, with one further appeal on foot.

For Hicks, the decision clears his record. Despite this, many continue to cast him as a terrorist, even though, like any other Australian, he is entitled to the presumption of innocence. In any event, no charges can be laid against Hicks under Australia's vast body of anti-terrorism laws. These were introduced in 2002, months after he was taken into custody by the United States, and none operate retrospectively.

The response of the Australian government has been underwhelming. Attorney-General George Brandis issued a press release that merely "notes the decision by the United States Court of Military Commission Review into Mr Hicks's conviction".

It also said government dealings with Hicks had always been "in accordance with Australian laws". This is true, but it illustrates the weaknesses of those laws. The law does not require the government to look after the interests of Australian citizens abroad. Whether this occurs is a matter of discretion, and so is subject to political considerations.

By international standards, Australia has a particularly poor record in regard to Guantanamo Bay. While other nations were calling for it to be closed, and for the repatriation of their citizens, the Howard government praised US policies. This extended to supporting the continuing detention of Hicks, without trial, for more than five years. The government maintained this stance even in the face of reports that detainees were being subjected to waterboarding and other forms of torture.

Hicks said he was tortured at Guantanamo Bay. Recent investigations, including by the US Senate, give credence to his claims. By contrast, Australian governments have made no attempt to get to the bottom of his claims. Instead, they have sought to seize the royalties from his book through proceeds of crime legislation and have suggested he is a terrorist.

There is no sign that the Abbott government will depart from past approaches, even though Hicks has had his conviction overturned. No apology will be offered, nor is compensation likely for injuries sustained by Hicks at Guantanamo Bay, or for the seven months he spent at Adelaide's Yatala prison on the basis of a flawed conviction.

It can only be hoped that the government will at least recognise that there is no further prospect of Hicks being convicted for his past actions, and allow him to get on with his life.

There aren't many votes in supporting Hicks