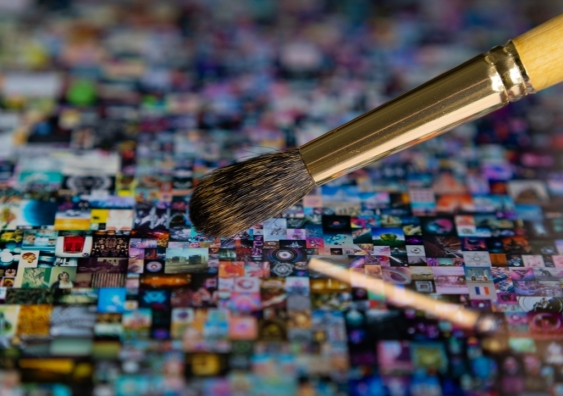 Non-fungible tokens are helping digital content creators and artists with monetising their work, such as Beeple's $89 million digital creation (above). Photo: Shutterstock

When Twitter founder Jack Dorsey sold a tweet in March this year for the equivalent of $US2.9 million ($3.7 million), the buyer compared the purchase to buying a Mona Lisa painting.

While many art critics may not consider a Jack Dorsey tweet to be in the same league as an archetypal masterpiece from the Italian Renaissance, the fact that a tweet could be worth so much – and how it was sold – raise a number of important points, explained Eric Lim, Senior Lecturer in the School of Information Systems and Technology Management at UNSW Business School.

What are NFTs and how do they work?

Jack Dorsey’s tweet was auctioned off as a non-fungible token (NFT), which is a unique digital certificate that states who owns a photo, video or other forms of online media.

Each NFT is unique and acts as a collector’s item that can’t be duplicated, so they effectively function as a rare trading card.

NFTs are verifiable through their use of blockchain (a digital ledger that essentially records a file’s history chronologically in data groups).

“For example, an artist could create a piece of digital art and store it on a server somewhere,” said Dr Lim.

“To sum it up, NFT is a proof of ownership of an asset within a community.”

How NFTs can benefit digital artists

Expensive digital artwork, in particular, lends itself to NFTs.

For example, a digital artist known as Beeple (real-world name Mike Winkelmann) recently had auction house Christie’s sell an NFT of one of his digital creations for $US69 million ($89 million).

“In my opinion, this current craze of Jack Dorsey selling his first tweet and Beeple’s making millions off digital art after tokenising them on the blockchain, while seemingly a fad, could be the turning point for digital content creators and artists,” said Dr Lim.

“We are barely scratching the surface. This is going to revolutionise how the digital creative scene creates new business models.”

NFTs will drive the ownership of digital assets in addition to their value, whereas in the past, Dr Lim said, digital assets have always been “elusive showpieces of hardcore digital natives who are sufficiently passionate to shell out money to decorate their digital identities”.

There is a booming groundswell of support for the NFT business model. According to NFT marketplace NonFungible.com, the market soared to $US2 billion ($2.7 billion) in sales in the first quarter of 2021 alone.

This represented a 2100 per cent increase from Q4 in 2020, with twice as many NFT buyers as sellers during the first three months of 2021.

While NFTs have experienced a meteoric rise in recent times, Dr Lim warns there are a number of challenges associated with their widespread adoption.

“To clear any misunderstandings, NFTs are not a technological silver bullet. It is not the be-all and end-all for digital creatives,” he said.

Regulation and a set of common understandings have to be formed around the community within which the digital assets reside.

Codes of conduct and community-backed censure also have to evolve in order to blacklist and sanction artists who do not uphold their promise of scarcity in creating a digital asset.

The same can be said of the community which has to come to a consensus to recognise the digital asset associated with its provenance on the blockchain.

If the community does not establish a code to imbue these NFTs with legitimacy, Dr Lim said, these NFTs will become less valuable and remain as fringe novelties.

“This code has to be enacted by the community and it is essential for any ecosystem that seeks to create and protect a new industry,” he said.

“Regulators could also support such a community in enacting such a code by recognising the value and the need for compensation for creators of these digital assets in the current legal framework.”