The NSW government's decision not to replace COVID fines - issued to about 3000 children - with cautions, could violate the UN Convention on the Rights of a Child. 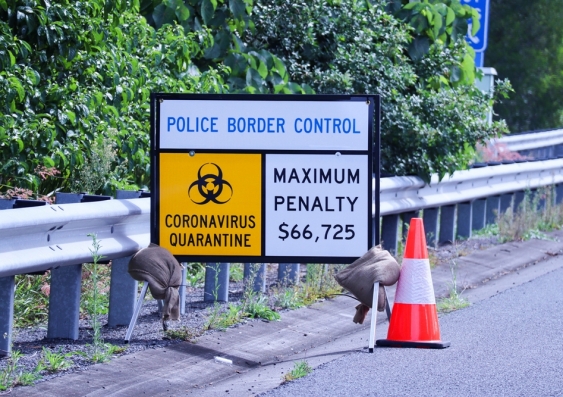 The NSW government has issued close to 3000 fines to children between 10-17. Photo: Shutterstock

Dr Noam Peleg, senior lecturer at UNSW’s Faculty of Law & Justice, said suggestions by the NSW government that children as young as 10 could work off COVID fines of up to $1000 were “outrageous” and a breach of Australia’s obligations under international law as a signatory to the United Nations Convention on the Rights of a Child.

“The fines themselves are a violation of the Convention on the Rights of a Child,” Dr Peleg said.

“And working orders directed at children are a second, consequential, violation. A child rights framework cannot support fining children and then forcing them to work off their fines. NSW government measures are far from compatible with international best practices,” Dr Peleg said.

Much of Dr Peleg’s work has focused on international children’s rights law and its intersection with human rights law.

A report in The Guardian Australia found almost 3000 children between the ages of 10 and 17 had been subjected to fines for failing to comply with a direction under the public health act. The report said Revenue NSW had confirmed work and development orders, also known as WDOs, had been used for people under the age of 18. A WDO allows participants to reduce fines by engaging in unpaid work, counselling courses or treatment programs.

According to data obtained by Redfern Legal Centre, 34 of the children issued COVID-related fines remain in an unpaid work and development order to reduce their debts, from about 500 under the age of 15 who were fined close to $20,000.

Article 32 of the UN Convention on the Rights of a Child reads that “governments should protect children from work that is dangerous or that might harm their health or education.”

Dr Peleg said the priority should be to keep those children in school, and not having them pursue WDOs.

“It’s a clear violation of the core guiding principles of the duty to take a child’s best interests into account, and not to discriminate between children,” Dr Peleg said.

The Redfern Legal Centre information revealed that in a breakdown of enforcement orders across local government areas, areas with significant communities of Indigenous Australians received the largest volume of fines per capita.

Read more: The government does not consider how its COVID policies affect children

The information potentially showcased a disproportionate and significant impact on Indigenous communities, and communities with high proportions of ethnic minorities, Dr Peleg said.

“Clearly, this policy has not considered the welfare of children from its inception,” Dr Peleg said.