Attacks on neoliberalism, even for the right reasons, risk throwing out what is good about liberalism. 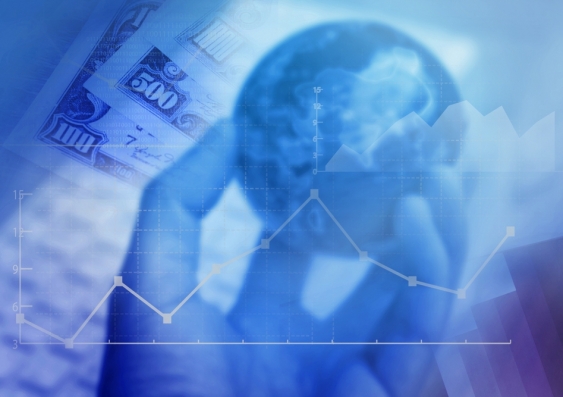 Richard Denniss’s Quarterly Essay, “Dead Right: How Neoliberalism Ate Itself and What Comes Next”, is a thought-provoking call to arms against an array of perceived ills – economic rationalism, market forces, small government, tax cuts, incentives, even corporate sponsorship.

Denniss provides a useful provocation for a much-needed debate in Australia about the proper role of government versus markets, and the interests of firms versus workers and consumers.

But he risks throwing out what is good about liberalism in attacking neoliberalism. One wonders whether, in his heart, Denniss doesn’t actually recognise this.

His conclusion seems eminently sensible. He talks of “a society with some markets” rather than “a market society”, of Adam Smith seeing “both the virtues and limits of free markets”. We – and mainstream economists – couldn’t agree more.

For Denniss, “neoliberalism” is anti-regulation and anti-competition, and pro-crony-capitalism. Mainstream economics, however, is none of these things.

There are, of course, market fundamentalists who despise regulation and seek monopolies for themselves. Others want the Australian government to build new coal mines and inland rail lines and to deny climate change.

Mainstream economics, in contrast, not only understands but emphasises that there exist “negative externalities” like pollution that should be taxed or regulated. Mainstream economics not only understands but celebrates competition, and many economists have voiced serious concerns about a lack of competition in markets with network externalities, such as social media and two-sided marketplaces (e.g. Amazon).

Mainstream economics deplores crony capitalism. Indeed, the George J. Stigler Center and the University of Chicago, the cradle of free-market economics, is:

…dedicated to understanding the interaction between politics and the economy. It is an intellectual destination for research on regulatory capture, crony capitalism, and the various forms of subversion of competition by special interest groups.

In criticising neoliberalism, therefore, we should be careful not to throw out markets and market-based competition.

The market is not an end in itself. Markets need to be harnessed, and regulated, to achieve social goals. But markets also offer a means of achieving a set of goals in an efficient way.

Denniss argues against a neoliberal conception of tax and taxes as a “burden”, rather than a critical source of revenue needed to create a fair and decent society.

Again, he is right to point to the importance of tax to a just society, and of justice or fairness in our tax system.

But Denniss does not acknowledge the potential trade-offs between fair and efficient taxation, and the need to keep both goals in mind if we are to achieve both a progressive tax system and one that can sustain progressive social investments.

US Supreme Court Justice Oliver Wendell Holmes was right when he said: “Taxes are what we pay for a civilized society.” But so was President John F. Kennedy when, in his 1963 State of the Union address, he said:

… our obsolete tax system exerts too heavy a drag on private purchasing power, profits, and employment. Designed to check inflation in earlier years, it now checks growth instead. It discourages extra effort and risk. It distorts the use of resources. It invites recurrent recessions, depresses our federal revenues, and causes chronic budget deficits.

In both cases tax receipts will be reduced.

The challenge is therefore to set taxes at a rate that can maximise equity between taxpayers – and achieve the tax receipts needed to pay for hospitals, schools and bridges.

One of us has previously suggested that tax changes, such as a cut in negative-gearing concessions, pass this dual test of equity and efficiency.

But Denniss also seems to support proposals, like profits super-taxes, that are highly distorting and discourage profitable companies from locating and investing in Australia.

Denniss likewise raises a number of examples of governments favouring big business over the interests of workers and consumers.

These are instances worthy of criticism. Being pro-market is not the same as being pro-business. In many areas the pendulum has swung too far toward business rather than markets – and thus inadequate regulation of private contractors and firms that pollute and fail to pay taxes in Australia.

The answer, however, is for Australia to regulate the role of big business in politics, and not to move away from market-based approaches to a range of issues.

Australia should reintroduce serious national campaign finance regulation and limit the growth of US-style political lobbying. But it should also embrace market-based policies to major social and economic challenges like climate change. That means a carbon tax or emissions trading scheme. Not “direct action”, which is a gift to big business at the expense of the environment and the taxpayer.

Insisting on a government that serves people, rather than corporations, does not mean giving up on markets. Indeed, doing so would be a major mistake.

Denniss further raises questions about the retreat of government in many countries from the provision of core public services or goods, including in Australia.

We agree that there are a range of public goods that the government must guarantee and pay for in a free society.

There is a core set of services that a political system must guarantee its citizens. In certain areas, like shelter, clothing, food, health care and education, government must ensure that all individuals achieve a minimum threshold that affords them dignity.

But the government does not always need to provide these services in order to guarantee them – think of clothing. We do not have a government clothing bank, but rather a set of income guarantees that allow individuals to obtain the minimum clothing they need for a dignified existence.

The key is to insist on government provision where issues of quality or public values are at stake, and where it is hard for the private sector to supply the right level of quality – or in the right way.

Denniss rightly highlights the despicable treatment of some of the most vulnerable Australians in aged care, mental health facilities and foster care. These things rob people of a basic level of human dignity and have no place in Australian society. Period.

But these are also examples of where outsourcing should never have happened – even on mainstream economic understandings. These are contexts in which it is impossible to contract for quality. Mainstream economics realises this, even if neoliberal ideologues do not.

The 2016 Nobel Prize in Economic Science was shared by Oliver Hart, of Harvard University, whose major contribution has been to analyse economic arrangements when contracts are incomplete. An important application of this approach is a celebrated paper (with Andrei Shelifer and Rob Vishny) that highlights that the “quality” of service provision can be hard to measure and contract on in a range of areas, meaning that government ownership will typically be optimal.

In other areas it might be desirable that the government pay for certain things, but it will not be sensible to own the assets involved.

The private sector is typically better at cutting costs and achieving efficiencies. But they will do that even if it is not in the public interest.

Private prisons are a classic example. Privately owned prisons have lower costs but often underprovide services that aid rehabilitation and help reduce recidivism. Those things are extremely important, but hard to measure and monitor. Because of their importance, relative to cost cutting, government ownership of prisons is often optimal.

In rejecting neoliberalism and its emphasis on privatisation, therefore, we should not necessarily reject all forms of privatisation or public-private partnership – but only ones that threaten to undermine the quality or values-based dimension to public provision.

On this test, we certainly would reject privatisation of the ABC. Quality and values-based programming is part of the core function of the public broadcaster.

But we might well let private contractors help build major public infrastructure projects, such as rail or stadium upgrades. Or let them help pay for it – providing that, in doing so, they don’t get a disproportionately large credit for a small gift.

Denniss points to a number of questionable deals that Australian governments have struck when it comes to private sponsorship of public infrastructure and goods. Suncorp got its name on a stadium but may or may not have paid very much for the privilege. The same goes for the Westpac rescue helicopter, and corporate sponsorship of the Australian War Memorial. He’s right.

If the government pays for the lion’s share of an essential service but gives away most of the credit to a private company, that’s bad – and it de-emphasises the important role government plays.

Similarly, as treasurer, Wayne Swan was responsible for cutting a terrible deal on the mining tax. But incompetent negotiation doesn’t make any of these things a bad idea in principle.

If the government can get a large amount of money in sponsorship for something – like the entire cost of a stadium – which frees up scarce public funds for other uses, that’s great.

There’s a lot that Denniss gets right. Neoliberalism clearly has an array of problems.

And Denniss is right to remind us that we have choices as a democratic society about the size and role of government, and are not locked into a one-size-fits-all view of the state.

But there’s also a fair bit Denniss gets wrong. His essay leaves us with little guidance about what we should keep as we move away from neoliberalism. It is important to be clearer, in this context, about what remains valuable about markets and market-based approaches – as we attempt to move toward a more “social” approach to liberalism.

Vital Signs: talk of a US wealth tax is about symbolism as much as it is about economics

Vital Signs: the 'ball tampering' budget trick they don't want you to know about