A breakfast club of entrepreneur alumni is opening doors to the next generation of innovators. 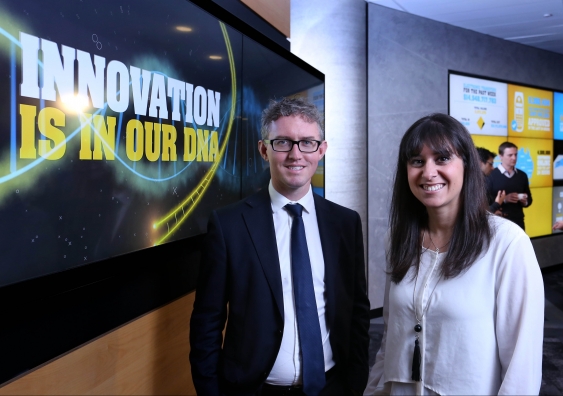 A few years ago, Nick Carney began to notice something curious about his friends.

Most were UNSW business and law graduates working in “the traditional places – law, management consulting and investment banking”. But when some decided to strike out  in a more entrepreneurial way, they hit a wall.

“They were facing similar challenges: How do you make the connections you need as an entrepreneur, how do you build a business, raise money, find good staff?

“I was having breakfast with a couple of former classmates who had their own startup businesses and they all commented about a lack of peer support and mentoring. Questions arose about whether the University could play a role,” says Carney, a senior associate at law firm Herbert Smith Freehills and UNSW Council member.

The group continued their monthly breakfast meetings; each bringing along a friend with an interest in entrepreneurship. Within months their number had expanded, and the UNSW Global Alumni Entrepreneurs Network was born.

Carney, who describes himself more as a lawyer than an entrepreneur, says 90% of members are graduates, the rest are “friends of the University”. Most are entrepreneurs, investors, advisers, and people who are interested in learning more. Alumni from San Francisco, Singapore, Hong Kong and New York City regularly dial in. “It was just word of mouth to start with,” Carney says. “Now we’re hitting capacity constraints;  it’s really hit a nerve and people are interested.”

The network’s philosophy is based on the Stanford Business School model. “If someone wants to drop an email or a phone call to another member of the network, the culture is you will help them out [and] introduce them to your contacts –  it’s a culture of pay it forward,” Carney says. “I’d like that to be the case for this alumni network and we’re already seeing it happen.”

One entrepreneur who has experienced that culture first hand is UNSW alumnus Dean Kelly, co-founder of Heylets, a startup that offers an app that helps travellers make the most of their limited time in a new city. After raising $1 million in seed money from Australian venture capital firm BlueSky Funds, Dean has expanded to the US, to continue developing the product and launch it globally. Kelly says he benefited from the UNSW alumni network, which he was able to leverage to troubleshoot problems, and to access investors and mentors. “The sheer breadth of experience that people within the Network had across the globe, and being able to call upon that experience whenever needed … was extremely valuable,” he says.

Carney says the UNSW network is driven by a core group who appreciate the importance of connecting others, and who are “very active in the innovation space”, including entrepreneur Jonathan Barouch, COO of the Women in Banking and Finance group, Raji Ambikairajah, the Boston Consulting Group’s Julian King, and Herbert Smith Freehills partner Michael Gonski. A guest speaker is invited to each meeting.

At a recent gathering at the Commonwealth Bank’s Innovation Lab in Sydney’s Darling Quarter, the bank’s Head of Innovation Tiziana Bianco outlined the bank’s efforts to foster  a culture of creativity. 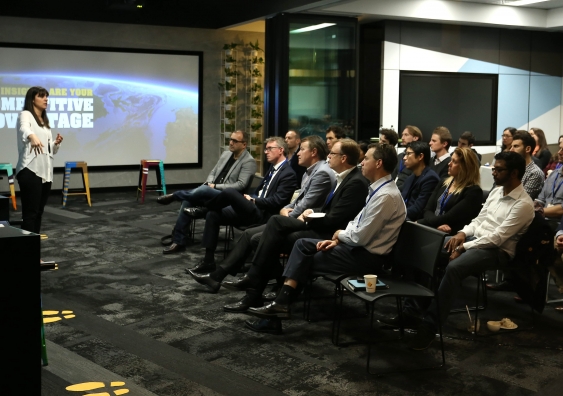 Alumnus Seb Ruiz, from software company Atlassian was at the CBA event. He believes the benefits of the regular meetings flow both ways. Not only do entrepreneurs get to thrash out ideas and learn from their peers but the university also profits.“Keeping in touch with the University allows us to influence the curriculum over the next five years, to help change and encourage  the culture of innovation there,” he says.

Carney says universities can, and need to, teach entrepreneurship. “You can get all the information you need now through your mobile phone or watch. What you need to learn is problem-solving and how to work creatively  in teams. If unis don’t do it, the best and  brightest kids may decide they don’t need  to go to university at all.”

He predicts the Michael Crouch Innovation Centre will be “a game changer”. “It’s a fantastic example of a whole-of-university commitment  to supporting and encouraging entrepreneurship and innovation.”

There’s a lot to be optimistic about, Carney says. “One of the great things about the new vice-chancellor is he has spun-off businesses of his own. To have someone leading the University who has actually lived the entrepreneurial experience is really exciting and a good indication of where the University is heading.”