Criticisms of the Public Trustee in Queensland deserve investigation but there are broader issues to consider, says a UNSW expert in succession law. 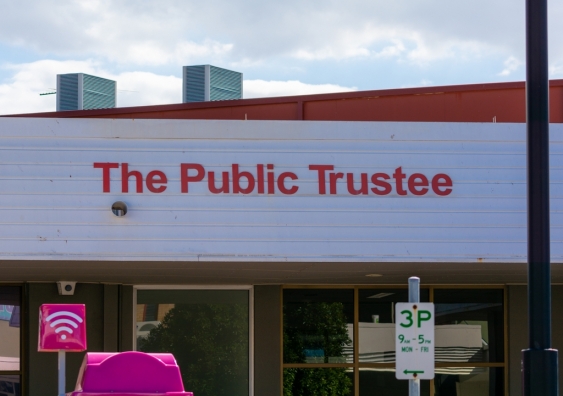 The role of the Public Trustee is a very substantial contribution to the wellbeing of the population of vulnerable people, says Professor Prue Vines. Photo: Shutterstock

Last week, a Four Corners report shed light on what happened to a few individuals who went through the Queensland’s Public Trustee system – an organisation that exists to assist people who have reduced capacity.

“The stories on Four Corners were horrendous. They were some of the worst I have ever heard,” says UNSW Law & Justice Professor Prue Vines, an expert in succession law.

Although those cases are now being investigated, Prof. Vines says they may not be representative of the Public Trustees’ management of every case.

“The Public Trustee and Guardian, or the Public Guardian in the jurisdictions where the offices are separated, are usually appointed as guardian by a court or a tribunal,” says Prof. Vines, noting that clients are often unhappy with the process.

“It is extremely rare for a person who lacks capacity to be happy with being given a financial manager or a guardian. This is the reason why the Public Trustee is often doing what the client does not want,” Prof. Vines says.

According to the law, a ‘lack of capacity’ could mean that the person does not understand the transactions being embarked upon, nor the consequences for themselves or close others. Their consent is therefore not legally required in such situations, Prof. Vines says, as they may not be able to understand what really is in their best interests.

“For example, they may wish to have a particular wheelchair because they like its comfort, but the Public Trustee may know that that particular wheelchair only lasts for two years even though it is very expensive, so they may choose a different one. This sort of thing is very unpopular with the person, but these decisions must sometimes be made by the Public Trustee.”

In fact, the guardianship component of a Public Trustee's responsibilities has many similarities to the conservatorship system that artist Britney Spears and actress Amanda Bynes were under for 13 and nine years respectively.

What the Four Corners report failed to mention

Prof. Vines says that the Four Corners report failed to point out the central issue – that people who lack capacity often resent the administration they are under.

“Wills are done either for free or for a very small fee, and estate management is done on a smaller percentage fee basis than the commission usually paid to executors.”

Typically, the Public Trustee also tends to invest in relatively safe funds, which means the returns may be lower than in other funds, but they are safer.

“Fees are usually necessary to carry out these functions. To my knowledge, no Public Trustee in Australia is making a profit, and if they were, it would be a very small one. Obviously, if corruption or mismanagement is involved it must be investigated and stamped out if it is found to exist,” Prof. Vines says.

This needs to be weighed up against the possibility of corruption, which Four Corners has highlighted.

Is it a breach of human rights?

According to the Four Corners report, people stuck in the Public Trustee system were denied access to their own money to hire a lawyer. The reason why goes back to the ‘lack of capacity’, Prof. Vines says.

“The trustee may think the client’s ‘lack of capacity’ means their desire for a lawyer is not properly founded and that it will waste their money. The Public Trustee controls the person's bank account and is entitled to take some fees and expenses out, but only after they have paid interest on their money to the client. Obviously, if this doesn’t happen, it should be investigated.”

As to whether Public Trustees taking over a client’s finances is a breach of human rights, Prof. Vines says this cannot be determined as Australia does not have a national Human Rights Act.

“Although Queensland has the Human Rights Act 2019 (Qld), it generally only allows a human rights matter to be taken to court or the Commission if there is another legal action alongside it.

“The principles of human rights still include ways of dealing with lack of capacity such as trying to ensure the wishes of the client are carried out as far as possible. The capacity decision is not made by the Public Trustee. It is made by the medical specialists and the tribunal (guardianship).”

Courts can investigate in instances where Public Trustee organisations are said not to be behaving ethically and the government can establish a review, such as the one Queensland has instituted following the Four Corners report.

“The Ombudsman and other government departments such as Child Protection can also investigate. It can be difficult for a person lacking capacity to make a complaint, which is why ‘any person’ can disclose problems,” Prof. Vines says.

Furthermore, although international law does not necessarily directly translate into law in Australia, the Convention on the Rights of Disabled People has been ratified by Australia, Prof. Vines says. “It is discussed often as an aspiration for the various bodies who deal with people who lack capacity.”

In terms of a potential reform, Prof. Vines says the priority is to deal with people with ‘lack of capacity’ in a way that allows them maximum possible autonomy.

“One of the difficulties with this is that many people lacking capacity are extremely suggestible, so taking a questioning approach unless you use open questions is problematic."