Putting workers first. Can the union, employer groups and the government see past their differences?

The focus on economic recovery will be an opportunity for unions and employers to initiate major change, says UNSW economist. 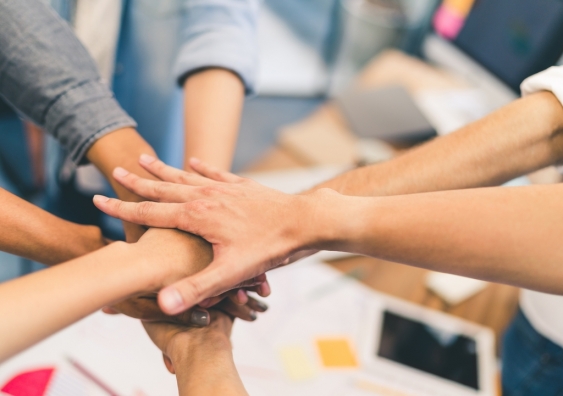 The ACTU reported the government's decision to invest in skills is critical to jobs creation. Image: Shutterstock

In a bid to restart the economy during the pandemic-induced recession, Prime Minister Scott Morrison shelved the controversial Ensuring Integrity bill – a bill that would have given the Federal Court the power to disqualify unions – in favour of the JobMaker program, which includes an industrial relations (IR) reform.

As part of this four-month process, union leaders, employers and industry groups will gather in an attempt to fix systematic IR issues in current workplace law and contracts, before the Federal Budget in October 2020.

While the Australian Council of Trade Unions (ACTU) welcomed this decision, they noted such divisive regulations shouldn’t have been on the table in the first place.

“The Ensuring Integrity bill was an attack on the basic rights which are enjoyed by all Australians. The withdrawal of this bill is a good first step as part of the ongoing IR roundtable process, but it never should have been proposed,” said an ACTU spokesperson.

Upskilling the Australian workforce to restart the economy

Job creation has also taken centre stage on the government’s agenda, with the Australia Bureau of Statistics (ABS) reporting an all-time high of 927,600 unemployed in May 2020.

The timing is critical, given the removal of workers’ eligibility from the JobKeeper program in coming months. Throughout the pandemic, the wage subsidy scheme has kept approximately 5.5 million workers in a job.

But an early withdrawal of the program might potentially leave many people and businesses exposed. New data released from the ABS on 25 June 2020 reported that at least one in five businesses surveyed estimated a fall in revenue greater than 50 per cent, compared to last year’s financials.

“The JobKeeper program has been an essential way to keep the lights on by keeping workers attached to their employers even if they are temporarily stood down,” said JW Nevile Fellow in Economics Tim Harcourt.

However, the removal of this program may cause a substantial adjustment in the labour market. A higher level of public spending might also be needed to restart the economy.

“Fiscally, the government could consider an extension or a phasing-out of JobKeeper in stages, as the labour market recovers to reduce the adverse impact of the adjustment,” Mr Harcourt said.

To curtail any potential economic shock upon the removal of JobKeeper, the PM flagged that the skills sector would require a reform to rebuild the economy post-pandemic. The focus on job creation estimated at $1.5 billion, would see an overhaul of workers’ skills to accommodate the current economic climate and business needs.

Mr Harcourt supported the pivotal role that education and training would play to ensure economic recovery.

“The ‘learning economy’ will be key to raising skill levels to help create and fill the jobs of the future in a post -COVID-19 recovery. The university, vocational and technical education sectors could be streamlined to provide for lifelong learning to better equip the Australian workforce for the labour market of the future.”

From a union standpoint, the ACTU supported the PM’s decision for job protection and job creation.

“Investment in skills is critical to jobs creation and has never been more important than it is now, as we try to find a way out of the economic downturn caused by the pandemic,” an ACTU spokesperson said.

However, the organisation questioned the authenticity of the PM’s claim to create more jobs, given the history of a lack of funding from the Morrison Government prior to the pandemic. Just last year, a two per cent cut in skills training and vocational training resulted in 150,000 fewer apprenticeships and directly impacted youth unemployment, sparking uncertainty in job prospects.

“The Morrison Government’s unprecedented cuts to skills training have been a drag on economic growth and has let down a huge number of young people.

“The growth of insecure work is no accident. It is a result of a conscious business model that promotes the fragmentation of traditional employment arrangements and the shifting of financial risk from employers to workers. Labour hire and sham contracting are clear examples of this business model,” an ACTU spokesperson said.

Is an industrial relations reform possible?

“When looking at what Scott Morrison is proposing in 2020, it’s important to look at what the Accord of 1983 was, and what it was not,” Mr Harcourt said.

The Accord of 1983 was not solely focused on wages and IR, but instead successfully established social landmarks such as Medicare and superannuation guarantee.

For the IR reform to work, the ACTU stated the government and employers would need to compromise.

“We need to restore balance to our labour market. For this we must: revise our labour laws and labour market institutions, re-visit our wage fixing mechanisms, reconsider the unfettered expansion of precarious employment arrangements, and strengthen the capacity for workers to protect their rights by organising in their trade unions,” said an ACTU spokesperson.

Mr Harcourt concluded the priority of the ACTU and employers should be on job creation and providing an IR framework that supports “a fair go for the worker and the right to have a go for the employer”.

Why the relationship with Indonesia will survive Morrison's Jerusalem thought bubble