The government, citing precedent, will not release legal advice on the validity of its citizen-stripping anti-terror laws. But what justifies this convention, asks Gabrielle Appleby. 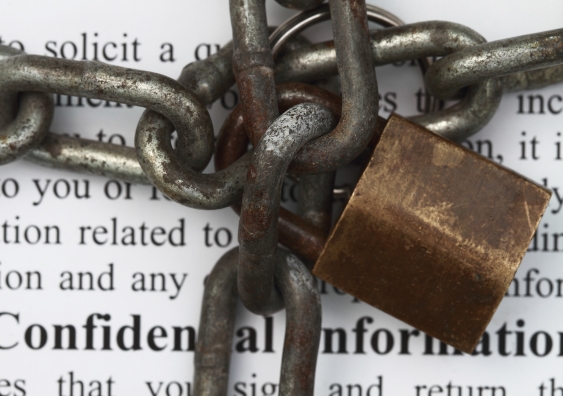 During the Parliamentary Joint Committee on Intelligence and Security’s recent inquiry into the government’s citizenship-stripping bill lawyers and academics raised concerns that the proposal was invalid.

The committee asked the government about legal advice it had that the bill was constitutionally sound. Attorney-General George Brandis refused to release it, saying:

As you know, it has been the practice of successive governments not to publish or provide legal advice that has been obtained for the purposes of drawing legislation. I do not propose to depart from that precedent on this occasion.

Brandis’ reliance on precedent was undoubtedly correct. There’s a long practice – referred to in the United Kingdom as the Law Officers Convention – that the government doesn’t release its top-level legal advice to parliament.

But what justifies this convention? And does it help or hinder commitments to the rule of law and constitutionalism?

When introducing bills, the government often seeks to reassure parliament by saying it has legal advice that the legislation is likely to withstand any challenge. But, as with the debate over the citizenship-stripping proposal’s constitutional validity, very rarely does it release that advice.

In 2011, though, after the successful court challenge to its “Malaysia solution” for asylum seekers, the Labor government released a joint opinion of the then-Commonwealth solicitor-general, Stephen Gageler SC, in an effort to pressure the Senate to pass amendments to the Migration Act.

In the 1980s, the attorney-general tabled the solicitor-general’s advice on the extent of the parliament’s constitutional power to remove High Court justice Lionel Murphy.

In each of these examples, the release was at the government’s initiative – not at parliament’s insistence.

But parliament does have the power to insist on its production. In 1999, the New South Wales Court of Appeal confirmed that parliament has the power to require government to produce legal advice.

In practice – according to convention – parliament chooses not to flex this particular constitutional muscle.

Australians expect their governments to comply with the law and the Constitution. And the government has a wide range of possible sources of legal advice to help it do this.

Sources include lawyers in private practice, within agencies and departments, and those working for the government law firm – known federally as the Australian Government Solicitor. For very important legal issues – such as the constitutional validity of the citizenship-stripping proposal – the government can seek the advice of its most senior lawyer, the solicitor-general.

The High Court has explained that protecting the confidentiality of communications between the government and its lawyers promotes the public interest in encouraging and facilitating government access to high-quality and independent legal advisers.

In 2007, former Victorian solicitor-general Pamela Tate was called before a parliamentary committee to give evidence and produce documents relating to advice she had provided the Victorian government on the issue of certain gaming licences. Tate refused, and explained:

The integrity of my role as the second Law Officer of the Crown is dependent upon my capacity to maintain the confidentiality of the instructions and information given to me for the purpose of securing my advice. Unless the Crown is able to confide in me in a full and free manner, and, in turn, I am able to advise the Crown fully and freely on its legal rights and obligations, the performance of my functions as solicitor-general would be compromised.

But, there are competing public interests in parliament accessing that advice.

There’s a strong public interest in parliament having access to the government’s legal advice in at least two circumstances.

The first is where parliament is asked to pass bills that are of uncertain constitutional validity. Whether a piece of legislation is constitutionally valid or not is ultimately a question for the courts. Nonetheless, the rule of law and a commitment to constitutionalism also requires government’s other branches – the executive and the parliament – to ensure they’re acting within their constitutional authority.

This doesn’t mean parliament should pass only laws that are definitely constitutionally valid. It’s often called upon to respond innovatively to changing social, economic, environmental and political circumstances where the relevant constitutional limits might be vague or uncertain.

But, the constitutional limits of its powers is an important factor that parliament should consider when deliberating the desirability of a proposed scheme.

Parliament has some assistance in this endeavour. At the federal level, some committees employ dedicated legal advisers. The parliamentary library also often provides analysis on the constitutional dimensions of proposed laws.

The clerks of the houses may be asked for constitutional advice – although this usually relates to procedural matters. Clerks can brief private barristers and, with the attorney-general’s consent, obtain an opinion from the solicitor-general or another government lawyer.

Parliamentary committees are also often assisted by the submissions and evidence of legal experts – such as academics – and can seek their own legal advice.

But, unlike the government, parliament doesn’t have unfettered access to a senior, independent legal adviser who can provide authoritative constitutional advice. It is often left to rely on the government’s assertions that the solicitor-general has signed off on a bill’s likely validity. It’s asked to accept that without seeing the advice or being able to assess the strength of the solicitor-general’s position.

The second instance where parliament may need access to the government’s legal advice is where it’s exercising its constitutional function of holding the government to account.

For instance, the British parliament recently requested the government disclose its advice on the legality of RAF drone strikes in Syria. UK Attorney-General Jeremy Wright refused – relying in part on the Law Officers’ Convention.

As with other such unwritten rules, the convention that legal advice isn’t released rests on the continued commitment of parliament and the government to the practice. Underpinning it is the public interest in encouraging government to seek legal advice.

But, in some circumstances, strong competing public interests favour the advice’s release.

When such circumstances arise, parliament should carefully consider whether it might be better able to perform its functions – and thus serve the public interest better – by insisting on the production of government legal advice.

Gabrielle Appleby is an Associate Professor in Law at UNSW.