The hashtag #LestWeForget will be shared millions of times today and fields of pixelated poppies will bloom across social media, writes Tom Sear. 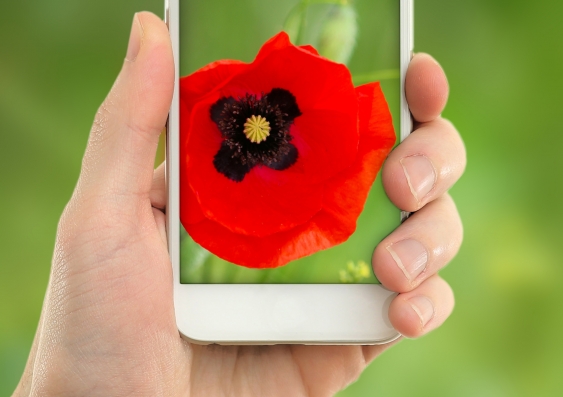 OPINION: On November 11, 1919 the British Empire stopped to stand in silence on Remembrance Day for the first time.

Two men usually share the credit for proposing the two minute’s silence: South African author and politician Sir Percy FitzPatrick and Australian soldier and journalist Edward Honey. In May 1919 Honey wrote a letter to the London Evening News pleading for “Five silent minutes, of national remembrance, in the home, in the street, anywhere indeed where men and women chance to be”.

FitzPatrick and Honey undoubtedly hoped this tradition would still be observed nearly a century later. It’s unlikely they could have anticipated that today it could be commemorated in clicks, likes, shares and tweets which connect “the home, the street, anywhere” in utterly new ways.

New industrial technologies from tanks to poison gas radically changed the scale, speed and global impact of warfare between 1914 and 1918. Afterwards, what psychologist Steven D. Brown calls “social technologies” emerged to cope with the trauma. The seemingly timeless commemorative practices of silence, poppies and poetic odes were invented and globally accepted between 1919 and 1922.

These social technologies have all proved easily adaptable to social media in an era of planetary-scale computation. Two Minutes of Silence can be downloaded to a mobile phone or experienced on YouTube.

The hashtag #LestWeForget will be shared millions of times tomorrow in tweets and Facebook comments. Fields of pixelated poppies will bloom across social media. A millenial’s selfie will display her participation in collective remembrance, and ultimately become a prompt for shareable “On This Day” memories in her own personal timeline.

We’re engaging more than ever before

In Uncanny Valleys and Anzac Avatars: Scaling a Postdigital Gallipoli, I examine our new era of hyperconnected commemoration. Researchers have noted the increasing numbers of people at events like Anzac Day and Remembrance Day in the last decade. We are also seeing an enormous growth in engagement with war remembrance online.

Historian Jay Winter argues that there were two “memory booms” in the 20th century. The first immediately followed the Great War. Remembrance focused around rituals like the two minutes’ silence represented a collective effort of national unification in the face of a generation lost. The second emerged in the 1960s and 1970s, and saw a drive to remember the Second World War, through media like film and television that recorded or retold the stories of witnesses to the heroism, horror and futility of war.

Some commentators are now beginning to suggest that we are in the midst of a third boom. Post 9/11, in a world of perpetual horizonless wars and participatory social media, we live in an age of constant and immediate remembering. As the last century’s memory booms fade and the wars they commemorate recede from living memory, more and more data about the past is uploaded and recorded, and remembrance accelerates. The stone memorials built after the First World War to record the names of the “glorious dead” are increasingly transformed into columns of the Stack, computerised and streamed in megabits per second to eager family historians and school children.

Social media mourning has extended beyond war into a new form of viral performance, with a reach beyond what Honey and FitzPatrick could ever have imagined. More than four million tweets in 24 hoursconnected people to the death of David Bowie, and to each other. The flow peaked at 20,000 per minute. Their visualisation resembles culture growing in a petri dish.

Perversely, as commemoration and memorialisation blossoms online, we worry about digital disconnection, fear forgetting and panic that social media platforms “censor” history. But, as social scientist Andrew Hoskinsargues, memory in the present era is paradoxical. Given the breadth and permanence of the digital archive it is now almost impossible to forget. Online versions of our former selves haunt our “networked egos”.

At the same time, who needs to remember phone numbers, birthdays or anniversaries anymore? With a few toggles, I can be reminded what I was doing last year, share a memory, or create a “Say Thanks” video. Compulsive, instant memorialisation of everything is everywhere, just as human memory is outsourced to distant servers and, ultimately, into future forms of artificial intelligence.

While the rituals of Remembrance Day seem unchanging, in truth, they are being transformed in our contemporary connected culture. On the first Remembrance Day, people who had experienced World War I firsthand stood together in a single silence filled with private, personal memories of pain and loss. They knew the person next to them was doing the same, but not what was in their thoughts.

Today, the internet offers a chance to personalise our commemoration by choosing when, where and how we take part. We can listen to a recorded two minutes’ silence anytime. A selfie taken in a yoga studio and tagged #RemembranceDay is our modern day equivalent of standing still in the factory or the parlour. We are keen to be seen joining in, and can watch and respond in real time to how others are marking the occasion. Online chatter, and frequently debate about the meaning of war, breaks through the silence.

Past, present and future are blurring

Increasingly the past, present and future blur together. Contemporary conflicts are commemorated as soon as they occur, using words and imagery from the past. The faces of soldiers and nurses from 1915 appear on our screens alongside those from 1945, 1965, 2005 and 2015. As proof of our ongoing participation accumulates in our feeds and timelines, we are just as likely to be prompted to commemorate commemoration at the same time as we are called to remember the fallen.

In 1919 Edward Honey begged for a few minutes of “Communion with the Glorious Dead who won us peace, and from the communion new strength, hope and faith in the morrow”. Honey feared that in the “hours of peace rejoicing” the dead might be forgotten. Nearly a century later, the casualties of World War I are far from forgotten. Their digital presences are researched, recalled and in some cases reanimated in ways that make them seem alive. But rituals of commemoration like Remembrance Day, accelerated and altered by our engagement with digital technology, are increasingly as much about framing future memories are they are about connecting with those of the past.

Danger close? The battle over the meaning of Long Tan

The internet is now an arena for conflict, and we're all caught up in it