Arts/Law graduate Sean Lau will explore the role of Christian ethics in public issues like responses to child abuse and climate change as the state’s newest Rhodes Scholar. 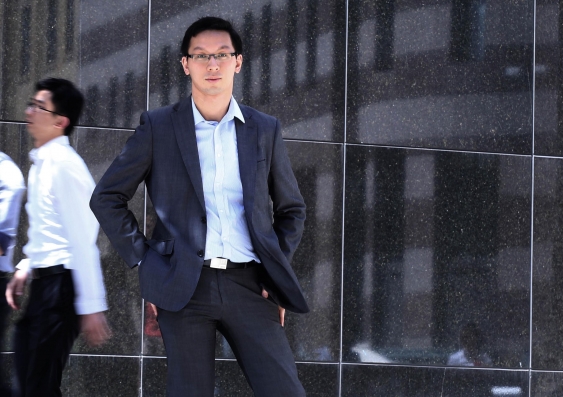 Arts/Law graduate Sean Lau will explore the role of Christian ethics in public issues like responses to child abuse and climate change as the state’s newest Rhodes Scholar – the second UNSW Law alumnus in two years to win the prestigious prize.

Lau, a Scientia scholarship student who graduated from UNSW with the University Medal in Law and First Class Honours in Philosophy, and as valedictorian of his class in 2012, will study a Masters in Christian theology at Oxford University after being named the 2015 NSW Rhodes Scholar.

Currently working for the Royal Commission into Institutional Responses to Child Sexual Abuse, Lau is fascinated by the intersection of religion with public life and by morality’s role in issues like climate change – “one of the biggest problems that humanity is currently facing”.

“As a practising Protestant Christian, I'm troubled by what I guess I'd call morally irresponsible religious rhetoric in the public sphere -- for example when some religious people say that we don't need to do anything about climate change because God will preserve the earth without us,” he said.

“Figuring out what changes have to be made -- to regulatory frameworks regarding emissions, for example -- isn't in my mind as big a problem as gathering the political will to make change in the first place.”

Lau said he was also interested in the “really difficult philosophical debate about how much religious values should be allowed to influence democratic society” and some religious organisations’ power to “quell dissent and discourage critical thought”.

When his name was read out as the Rhodes winner Lau said his jaw dropped and “my brain completely froze – I couldn’t say anything apart from barely coherent thank yous”.

“Sean is an outstanding recipient from a field of exceptional candidates who are a credit to themselves, their universities and NSW,” said Professor Carlin, Deputy Vice-Chancellor (Registrar) at the University of Sydney.

It is the second year in a row that a UNSW Law graduate has won the state’s Oxford Rhodes Scholarship, which is the world’s oldest and most prestigious international graduate scholarship program.

Kunal Sharma is studying a Bachelor of Civil Law and Masters of Public Policy at Oxford after being named in the class of 83 outstanding all-round scholars.

“I am delighted that the Rhodes has gone to one of our most gifted recent graduates, especially so as it follows Kunal Sharma's success last year,” he said.

Lau said he “fell into law by accident” after school but grew to love it as a prism through which to understand society and explore complex problems. After graduating he served as an associate to the Honorable Justice Virginia Bell at the High Court – a formative experience.

“Even now, although I'm not planning to study law at Oxford, I'm absolutely confident I'm going to remain connected in some form or other to Australian law, and to the Australian legal community,” he said.