We are only one disaster away from eroding the confidence and validity of Cloud computing, experts involved in the launch of a major new report on data sovereignty have warned. 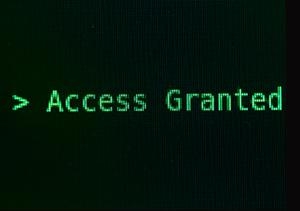 We are only one disaster away from eroding the confidence and validity of Cloud computing, experts involved in the launch of a major new report on data sovereignty risks have warned.

Data Sovereignty and the Cloud  – A Board and Executive Officer's Guide, has been launched in Sydney by its authors, led by UNSW cyber security expert David Vaile.

An estimated 71% of Australians are using Cloud services. Many people are unaware of the fact or that often sensitive data is stored beyond Australia’s boundaries.

The 90-page report will be the 'bible' for those who need to understand the law, their responsibilities and best practice around managing online data, says Vaile, who’s based at UNSW Law's Cyberspace Law and Policy Centre.

“There’s no document in Australia that has this much detail on the issues around data sovereignty.

"Knowing where and under whose jurisdictional control your data is held can be a fundamental issue for transparency and risk assessment," he says.

Sponsored by global insurer and risk management provider Aon, independent data centre operator NEXTDC, and global law firm Baker & McKenzie, the report’s launch comes in the wake of heightened concerns over data security and privacy sparked by revelations of widespread data mining and surveillance by the US National Security Agency.

"Confidence is everything,” says NEXTDC Chief Executive Officer Craig Scroggie. “We are only one disaster away from eroding the confidence and validity of Cloud computing.

“There are always risks…in the past we haven’t talked about it, but soon we might not have a choice,” he said.

Mr Scroggie said company Boards and CIO’s needed to investigate their Cloud providers in order to assess concerns and obligations regarding data sovereignty – the issue of who controls and regulates information stored across geographical boundaries.

According to a recent survey, corporate security professionals are involved in the vetting process for Cloud providers only 9% of the time – described in the report as unacceptable.

Data Sovereignty and the Cloud – a Board and Executive Officer’s Guide is co-authored by UNSW's David Vaile, Aon's Kevin Kalinich, and Patrick Fair and Adrian Lawrence from Baker & McKenzie.

See a copy of the report here.

Read the story by ZDNet here. 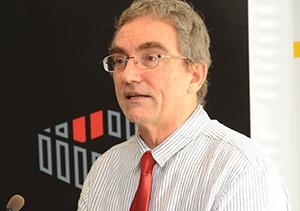 Drowning in Codes of Conduct

If the web wants rules, who will make them?

Could you be Australia’s next cyber crime victim?