Russian citizens leaving the country to avoid the draft has raised debate about what it means to be a refugee. A UNSW expert in international law and refugee law says we must treat these Russians fairly. 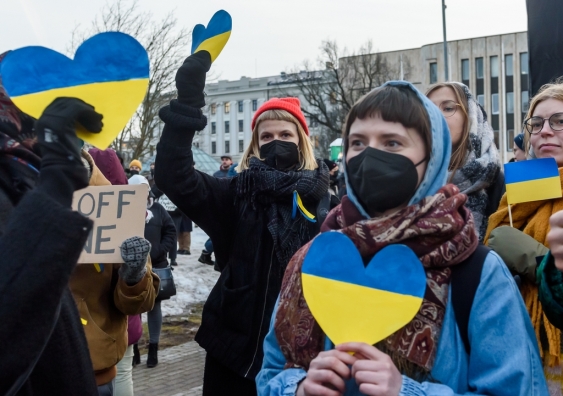 Thousands of Russians have fled the country to avoid being drafted in the war in Ukraine. Photo: Shutterstock

When Russian President Vladimir Putin declared a partial mobilisation of the military to conscript 300,000 reservists into the war in Ukraine tens of thousands of Russians, mainly young men, began cycling, walking, driving or catching taxis to border posts in neighbouring countries, in particular Central Asia, the Baltic States and Finland.

Newsreels of desperate Russians fleeing the draft have noted that the exodus of citizens is likely larger than Russia's invasion force used to attack Ukraine in February 2022.

The exodus has sparked a crisis in Russia's bordering countries. Some have debated whether to grant these Russians asylum; the Baltic States of Estonia, Latvia and Lithuania have decided against it.

Western values being put to the test

The situation has ignited what a UNSW refugee law expert says could be a litmus test for European countries and the decisions they make about Russian draft avoiders when it comes to upholding international refugee law and universal human rights and values.

“Governments have clear legal obligations towards Russians who are inside their borders,” A/Prof. Ghezelbash said.

“[This includes] the non-refoulement obligation under international refugee and human rights law, which states that no one should be returned to a country where they face a real risk of persecution, arbitrary deprivation of life, torture, or cruel, inhuman or degrading treatment or punishment.”

And herein lies the issue for Russians fleeing the draft.

The international legal standard only applies to individuals already outside the country where they could face harm.

A/Prof. Ghezelbash said part of the issue was European lawmakers might not in the first instance allow Russians into their countries, which would stymie an asylum seeker application because all applications had to be made outside Russia to be considered.

“The debate right now in Europe appears to be more focused on being able to travel to and enter other European countries. While the principle of non-refoulement applies as soon as a person reaches the border, this is not always respected in practice, and states routinely deny visas/entry for people from refugee-producing countries,” he said.

A/Prof. Ghezelbash said that part of the difficulty was that each Russian citizen would need to be assessed on a case-by-case basis.

“It is likely that many will be owed international protection. Fear of persecution or punishment for draft evasion can satisfy the requirements for refugee status under the 1951 Refugee Convention, but will depend on various factors including the reasons why the person objects to participating in the military,” he said.

If, for example, there was a genuine political, religious or moral conviction preventing Russians from joining the draft in a war they did not believe in, this could be a fair reason, A/Prof. Ghezelbash said.

The nature of the war being waged by Russia also increases the likelihood of draft evaders meeting the refugee definition.

“Those who face punishment for draft evasion will qualify for refugee status when the type of military action they refuse to participate in is condemned by the international community as contrary to the basic rules of human conduct.

“The principle of non-discrimination lies at the heart of the international refugee protection regime – asylum seekers should not be discriminated against based on their country of origin or nationality,” he said.

“And if Russians end up arriving in Australia after fleeing the draft, the same legal arguments would apply.”

On November 16, The Kaldor Centre for International Refugee Law will host a virtual event discussing the Ukraine refugee crisis and its global impact, ‘Is Ukraine a turning point for people seeking safety?’, as part of its annual conference.