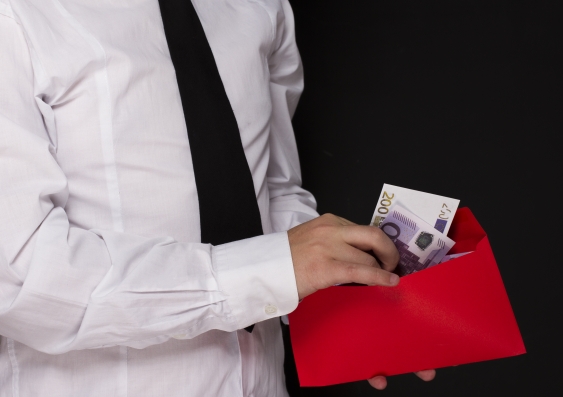 OPINION: Australia sets a double standard when it comes to foreign influence. On the one hand, the federal government has wide powers to prohibit foreign investment in Australia. These powers are often used, including to block the sale of a NSW electricity provider to a Chinese-owned corporation. In that case, national security interests were deemed important enough to put the state billions of dollars out of pocket.

On the other hand, there are no restrictions on foreign interests investing in our politicians by donating money or paying their expenses. This continues unabated despite the very real dangers that can arise, as demonstrated by the furore enveloping Senator Sam Dastyari over Chinese interests paying a $1670 bill.

In both areas, money can drive outcomes that suit the foreign interest, and not the Australian community. This may be because national security is compromised, or policy decisions distorted. It makes no sense, then, that there are limits for business but none for our politicians. It suggests self-interest is at play.

Australia's political parties have over many years sought to gain an edge over their rivals by attracting large foreign donations. Their efforts have borne fruit, with Chinese-linked companies and individuals alone donating more than $5.5 million to Labor and the Coalition between 2013 and 2015.

Federal electoral law means that the system is wide open to such payments. No limits are imposed upon who can donate money or pay the expenses of our federal politicians. There is also no limit on how much can be donated. The only requirement is that payments of more than $13,200 are disclosed on an annual basis.

Even this fainthearted attempt at transparency is failing. The major parties have learnt they can hide the identity of donors behind intermediaries such as fundraising foundations. Foreign interests can also avoid identification by donating via front organisations or third parties. As a result, the public can be left in the dark as to who is paying our politicians, and the agendas that donors are trying to advance.

When it comes to foreign donors, there can be no suggestion that these corporate, national and other interests are acting out of altruism. They are investing in the hope of a return. This might be a favourable decision in regard to a foreign investment, or to shape Australia's foreign policy. They seek to secure these outcomes by direct payments and all-expenses-paid study tours.

This poses significant risks to Australia's national interest. This was highlighted by the revelation that the head of the Australian Security Intelligence Organisation, Duncan Lewis, briefed officials of Australia's major parties about the security dangers of foreign donations.

These problems are well known, and have led to a strong response in other nations. Some 114 countries have banned foreign political donations. The Australian Parliament has the power to follow suit.

The High Court made this clear in 2015 when it ruled on NSW electoral funding laws. That regime places strict caps on how much a person can donate, and how much politicians can spend on campaigning. Donations are also banned from property developers and the tobacco, liquor and gambling industries.

The NSW regime was challenged by property developer and former Newcastle Mayor Jeff McCloy. His case was comprehensively rejected. The court upheld the law as a means of removing the risk and perception of corruption and undue influence in politics. The court also recognised the value of political equality, and that laws can preserve this by limiting the influence of donations.

The High Court's decision means that the Federal Parliament can limit or ban donations in order to clean up federal politics. All that is missing is political will, and it is here that the community has been badly let down. Past attempts, such as by Labor, to ban foreign donations have been rejected.

The system is performing so poorly, and so many scandals are emerging, that momentum is building for change.

Instead, Parliament has voted to continue the unfettered donation of money to political interests by domestic and foreign individuals, corporations and unions. It has combined this with measures that raise the disclosure threshold to allow very large sums to be given without even the need for annual disclosure.

The system is performing so poorly, and so many scandals are emerging, that momentum is building for change. Fixing the problem of foreign donations, though, will not be enough: root and branch reform is required. The law should be changed to limit campaign expenditure and to cap all donations, with donations over a low threshold being subject to real-time disclosure.

This is being rolled out in other countries, and in some Australian states. Without like reforms at the national level, Australia will maintain a regime wide open to exploitation and soft corruption. Without reform, domestic and foreign donors will continue to pay large sums in hope of producing outcomes that may not serve the community interest.

Writing on the wall for political donations law