The ability of an SMSF to leverage an advantage has nothing to do with tax avoidance; it is simply a function of the legal structure of the super fund, writes Gordon Mackenzie. 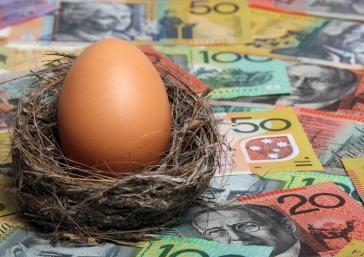 OPINION: The debate about whether self-managed superannuation funds minimise tax or are taxed differently from other types of funds misses a key point.

The Australian School of Business at the University of NSW is just finalising some research about the views on tax of the chief investment officers (CIOs) of some of Australia’s largest superannuation funds. In addition, through our masters programs, we have been heavily involved with the tax practitioners for SMSFs, so we have some insight into how these super funds are taxed.

At the outset the actual tax laws by which both types of fund are taxed are identical, but with one exception, which is an anti-avoidance rule that only applies to SMSFs. Interestingly, that rule gives the larger funds a marketing advantage.

One theme that has emerged in our research is that the CIOs of large funds are pretty tax-savvy. SMSF practitioners are equally tax-savvy, but what was surprising to us is that they are conservative in the way they manage SMSF tax because their clients will not pay them to have a fight with the Australian Taxation Office and, also, their clients want to sleep at night and not worry about a knock on the door from the tax office.

Sally Patten (AFR Weekend, September 28) makes four good points about SMSFs. First, that no tax is paid when a fund goes from accumulating to paying a pension; however, large funds can actually charge the member for tax at that point. Again, there is no law that says that and nor should there be. It is possible to restructure so that they do not pay tax that technically they do not have to pay, as some large funds have in fact done.

Second, we found that large funds do participate in share buybacks. It is just not an issue for them.

Patten also highlights that SMSFs can invest in residential property, but that is not a tax issue, it is an investment class issue. It is because people who set up an SMSF better understand that class of investment. Again, the ability of an SMSF to leverage is a regulatory issue, not a tax matter. Sure, it can have a tax effect, but the main point is that it does not increase risk. Specifically, none of the fund’s assets other than what it purchased with the loan are at risk to the lender. However, having said that, we do have some concerns that leverage can affect tax equity, but that is a different argument.

Finally, the ATO is the lead regulator of SMSFs not just for tax but because of the number of SMSFs (500,000 plus), which is a volume business and the ATO is good at managing volume. Also, regulation by the ATO of SMSFs is different from regulation by APRA of all the other super funds. ATO regulates by disclosure, where the private sector audit profession reports breaches by SMSFs to the ATO. APRA, on the other hand, provides full prudential regulation, where the actual financials of the funds are interrogated against particular standards set by APRA.

The reason for the difference is that where someone is managing money for third parties you need a more robust regulatory system than when all the customers (fund members) are also involved in running the fund, when you need less regulation.

Overall, then, what we have found so far is consistent with tax expert Michael Rice’s observations: the tax rules are the same for each type of super fund (with that one exception, which benefits large funds) but you get different tax efficiencies depending on whether the assets in the fund are pooled, as for large funds, or, to use technical-speak, “hypothecated” (which means that they are directly related to the member’s account) for SMSFs.

This has nothing to do with tax avoidance; it is simply a function of the legal structure of the super fund.

Gordon Mackenzie is a Senior Lecturer in taxation and business law at the Australian School of Business, UNSW.

Labor’s super plan would add complexity but not tackle inequity