Opinion Should interest rates be capped?

Can interest rates be capped in Australia - and should they be? Mark Humphery-Jenner, Associate Professor at UNSW Business School explains. 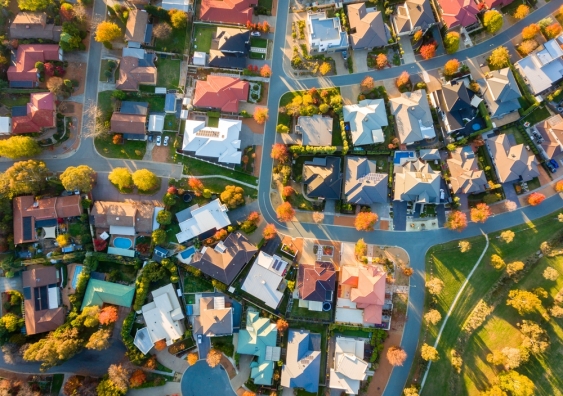 Clive Palmer has called for interest rates to be capped. But is it smart policy? Photo: Shutterstock

The idea of an interest rate ceiling often resurfaces around looming rate hikes. Indeed, Clive Palmer has suggested there should be an interest rate cap. This would restrict what banks can charge customers. He has promoted this as a solution to ‘cost of living’ pressures and to housing affordability concerns or perceived housing ‘inequality’ issues.

This has become important given recent rate hikes. The Reserve Bank of Australia (RBA) increased interest rates in May by 25 basis points and more rate hikes appear set to come. The US interest rate is relevant as it will influence Australian banks’ cost of capital to varying degrees. The Federal Reserve has recently increased its policy rate by 50 basis points.

Reportedly, around 70 per cent of banks’ capital comes from deposits, but they are increasingly exposed to overseas markets and overseas rate hikes influence Australian banks’ rates. This is especially so given that the RBA is winding down the so-called term funding facility (TFF) which gave relatively cheap debt to banks.

But, is an interest rate cap a solution to anything? Or, could it have other significant unintended consequences?

It turns out that an interest rate cap is bad policy and would – ironically – worsen the perceived problems that it aims to solve. And, this is even assuming the rate cap is not legally challenged.

See also: Can cryptos like Bitcoin ever be sustainable?

How do banks set interest rates?

We first need to start with how banks set interest rates.

Clearly, banks must make a profit. Otherwise, no shareholder would invest and no one would give banks money as the banks would soon head towards bankruptcy themselves. But, in a competitive market, which factors might influence rates?

Capital sources and the cost of capital

Banks obtain their money from two main sources: depositors and lenders to the bank. When one deposits money into a bank, the bank can then lend it.

But, this only covers a portion of the capital. If the bank has more good loans than they have deposits, they need to borrow the money from another party. This party is often overseas. Thus, international rates influence banks’ cost of capital. These have been increasing.

Furthermore, central banks influence interest rates in other ways. The cash rate is only one tool. The central bank can engage in “quantitative tightening”. This is the opposite of quantitative easing (QE). Under QE, the central bank buys government debt. This increases demand for said debt, and reduces the required yield on said debt. This implicitly lowers the required return on government debt and can lower interest rates in the economy.

Quantitative tightening (QT) is the opposite. It involves selling – or at least not buying – debt. Both the Federal Reserve and the RBA have signaled that this will occur. Both seem intent on letting the debt they hold expire and have indicated that they will not buy new debt. This reduces the central banks’ balance sheets.

Other more esoteric tools can come into play. These include the rates that apply to exchange settlement accounts that banks have with the RBA. Increasing such rates can reduce the incentive to lend money externally. This can reduce the amount of capital in the economy. In turn, this can have an indirect – albeit relatively minor – impact on rates.

Banks also consider risk levels. This is clear from discretionary pricing on loans. It is also clear from the different rates charged on different types of mortgages, chattel mortgages, personal loans, and commercial loans. This is inherent in APRA-related prudential management.

APRA (the Australian Prudential Regulation Authority) requires banks to have more safe capital the riskier the bank loans are. Thus, a riskier loan creates a greater ‘opportunity cost’ as it prevents the bank deploying more capital. This can induce banks to charge higher rates. This is in addition to the need to increase returns lest the borrower default.

There must further be a gap between the cost of capital and the rates banks charge. Even if the bank does not intend to earn a profit, it will need to keep some capital in reserve to absorb defaults. It must also employ staff. Thus, banks have costs. This forces banks to charge more for loans than they can pay to depositors.

Therefore, banks set rates in an international market and with respect to the riskiness of a borrower and their costs.

See also: Crypto wars: Can Russia use blockchain to get around sanctions?