Small businesses are important employers. But they pale in comparison to big business in the numbers of new jobs they've created in the past five years, writes Richard Holden. 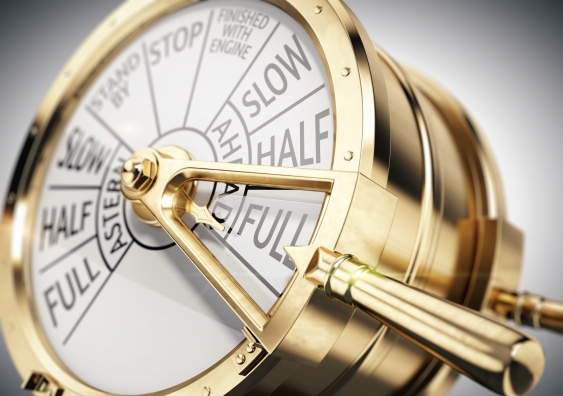 OPINION: It seems that in Australian politics – and this campaign in particular – everyone loves a small business.

Just before this year’s federal budget, Treasurer Scott Morrison said of small businesses: “they are the hope of the side.” Somewhat less pithily, but no less adoringly, Labor’s official policy on small business declares:

In fact, the only thing the major parties seem to disagree on is whether a small business has less than $2 million in annual revenues (the Labor definition) or less than $10 million (the Coalition definition).

But do small businesses, for desperate want of a better term, create “jobs and growth”?

The first relevant fact is that small businesses employ a lot of people. According to figures compiled by Saul Eslake, and discussed in a terrific piece by Adam Creighton in The Australian, business that employ fewer than 20 people account for roughly 45% of private sector employment.

So small businesses are important employers. Check. Only problem is, they haven’t created a lot of jobs in the last five years. As Creighton pointed out, those small business created 5% of the growth in private sector employment since 2010, while businesses with more than 200 employees created 65% of that growth.

In one important sense, this should not be surprising. When looking at the landscape of firms of different sizes, existing firms exhibit what economists call “survivorship bias”. The very fact that a firm exists today means that it was created, and succeeded.

Big firms were created and really succeeded. So it’s likely that today’s big firms are, on average, more successful than today small firms at, well, getting big. And the way that happens is by, you guessed it, employing more people.

So much for the positive political economy of why politicians are desperate to ingratiate themselves with small businesses. There are a lot of them, hence a lot of potential votes.

But the real question, of course, is what tax policy should be. The Labor party wants to cut the company tax rate from 30% to 25% only for businesses with less than $2 million turnover. The Coalition wants to do that for all businesses, but over 10 years. In the medium term both parties want to cut taxes for mainly for small businesses, albeit to varying degrees.

To answer that question, we first need a quick primer on why everybody (at least until very recently in some cases) agreed that cutting company taxes help workers and the economy more broadly.

Moreover, more capital means that the marginal return to more labour goes up, too. That is because, generally speaking, capital and labour are complements in the production process. More of one makes more of the other more valuable at the margin.

Aside: forget all the jibberish you have recently read about dividend imputation and franking credits. That’s a second-order issue - the key is the complementarity between capital and labour.

This increased marginal return to labour means more jobs and higher wages–capital made labour more valuable, and labour captures some of that benefit. This is why Treasury has estimated that two-thirds of the benefit from a cut in company taxes flows to workers.

To sum up. Small businesses employ lots of people. But they haven’t driven much of the job growth in Australia over the past five years. And a company tax cut won’t cause them to stimulate employment as much as it will for bigger businesses.

We should cut company taxes, and we should cut them for all firms. But it makes no sense to favour small businesses over bigger ones.

That’s the economics of the matter. What we are witnessing in this election campaign - on both sides - is pure politics.