With a bit of political vision, risk-taking and a national strategy led by government, Australia too can kickstart investment in the post-COVID recovery. 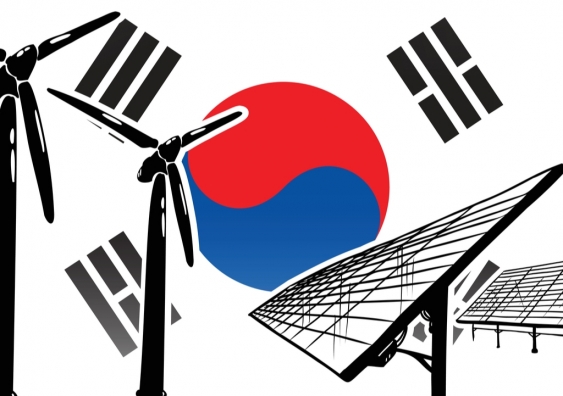 As the COVID-19 pandemic devastates the global economy, there’s an opportunity for governments to support a green-led recovery. This involves spending fiscal stimulus on renewable energy and other clean technologies to create jobs while addressing climate change.

The chorus calling for such a move is strong and diverse: banks, investors, academics, energy companies, climate advocates and politicians.

Unfortunately, some national governments have not heeded the calls. This includes Australia, where the Morrison government is spruiking a “gas-led recovery” and talking up fossil fuel-derived hydrogen. At the same time, our government is refusing to extend the renewable energy target beyond 2020, and there are strong signs it wants to change the investment mandates of Australia’s clean energy agencies to encourage funding of gas projects.

However some countries, such as South Korea, are using the crisis to kickstart environmentally sustainable economic growth. Australia can learn a lot from the smart strategy of our Asian neighbour. 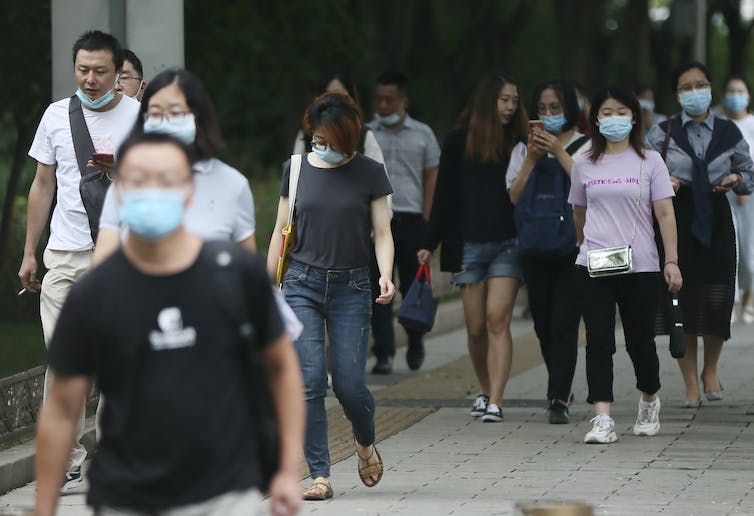 The South Korean government is spending big to encourage a green-led recovery from COVID-19. Koki Kataoka/AP

Rising from a COVID battering

South Korea’s economy, like those across the world, has been hit hard by the pandemic. In particular, its export industries dropped by 24% in May as demand for the nation’s mainstay products, such as cars, semiconductors, machinery, petrochemicals and steel, fell away.

In April, 26.93 million Koreans were reportedly employed – 392,000 fewer than a year earlier. Job losses were highest in the wholesale and retail sectors, accommodation and food services.

In response, Korean President Moon Jae-in in July launched the Korean New Deal or “K-New Deal”. The US$135 billion investment in green and digital technology comprises:

President Moon will personally chair a monthly strategy meeting on the K-New Deal to monitor the performance of government ministers and ensure the private sector meets its commitments. 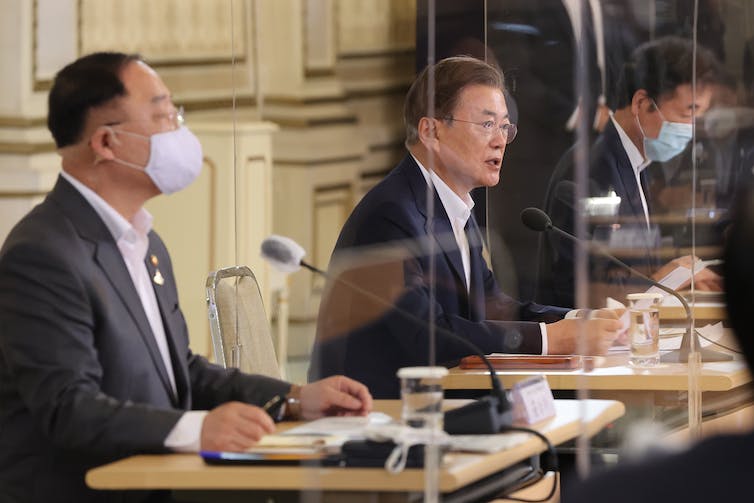 Central to the plan are so-called “smart grids” – digital technology that allows an energy utility to communicate with and respond to its customers, and vice-versa. Korea plans to install “smart meters” in five million more apartments, to help consumers reduce their electricity use.

The government will also invest in microgrid communities. This involves using renewable energy and energy storage systems in regional areas, and those with many islands, creating decentralised, low-carbon energy systems.

The Green New Deal also sets a target of 1.13 million electric vehicles and 200,000 hydrogen-powered fuel-cell electric vehicles on Korean roads by 2025. This creates a domestic market for Korean car manufacturers such as Hyundai. 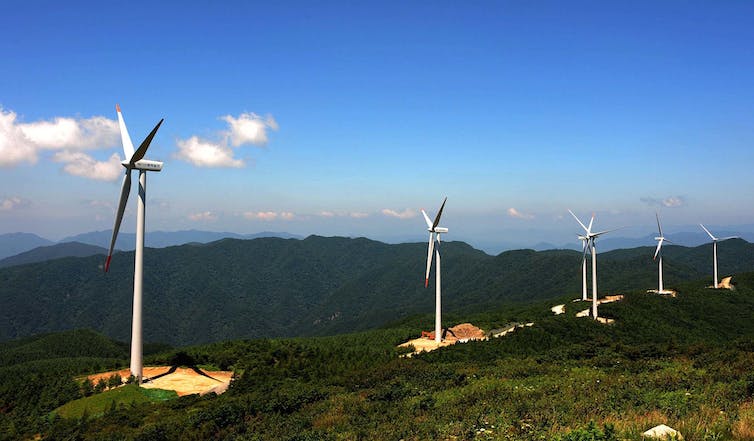 Critics have cast the K-New Deal as more grey than green. For example, they argue while the dirtiest fossil fuels, such as coal, are being phased out, they’ve been replaced with ‘cleaner’ fossil fuels such as liquified natural gas, or LNG.

LNG will be used to provide baseload power, but it is intended only as a “bridging fuel”. Importantly, unlike Australia, the Korean government has set an end date to the use of fossil fuels, aiming for zero net emissions by 2050. Korea has already gone far towards meeting its renewables targets of 20% by 2030 and 30-35% by 2040.

Critics also question if hydrogen is a realistic and affordable way to decarbonise transport. The scepticism is valid. But around the world, there is an enormous investment into research, development and demonstration of hydrogen projects, including in Australia. Hydrogen produced using renewables is expected to be competitive with fossil fuel-derived hydrogen by 2040, if not earlier.

Korea’s focus on controversial carbon capture and storage technologies may also come under scrutiny, for good reason. And the recent government bail-out of a nuclear reactor and coal power plant manufacturer shows Korea cannot yet claim it has perfect green credentials.

Throughout the developed world, many voices are calling for a green-led recovery. South Korea stands out for its decisiveness, despite some valid criticism of its approach. Its Green New Deal is an opportunity to build the high-tech, high-wage green industries of the future, with massive export and job creation potential.

The Morrison government should take note: this is what a real green-led recovery looks like. With a bit of political vision, risk-taking and a national strategy led by the government, Australia too can kickstart green investment in the post-COVID recovery.