The long game is what counts in superannuation tax reform, writes John Piggott. 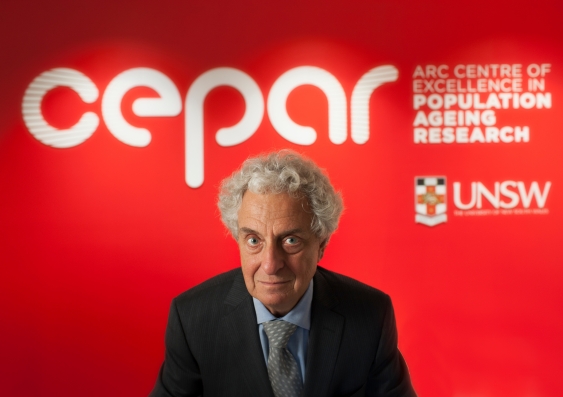 OPINION: How to tax super?  This is a question asked by many policymakers in Australia. A question which has generated a bewildering range of actual policy responses over the last 25 years.  And a question requiring judgement and an holistic and long-term perspective to answer well.

It's worth stepping back from the immediate debate, and to start with two ideas.

First, the structure of the tax system matters, and reforms should always be consistent with the broader tax structure. Tax reform, of any kind, should not be a revenue grab.  That's where superannuation taxation went wrong in the 80s, and we've been trying to recover ever since. As Glenn Stevens has recently emphasised, the long game is what's important.

Second, household income is derived from three broad sources – labour (which is what most of us do all day); capital (which most of us rely on, at least in part, for our retirement); and transfers, which most of us receive from the government at some, usually needy, times in our lives. There is nothing morally desirable or ideal about taxing income from all these sources at the same rate.

So how should the (relative) rates be set? Even in theory, the answers are unclear. Back in the 80s the conventional theory said don't tax income derived from capital at all. The idea was that the higher rate of return resulting from zero capital income tax would stimulate investment, leading to higher labour incomes and higher consumption, with improved wellbeing and larger consumption and labour tax bases that would generate more tax revenue.

Since then, the analysis has been nuanced in various ways. But most economic tax specialists would say that capital income should be taxed at a lower rate. The Henry Review recommended a 40% discount compared to the marginal labour rate. This would mean a higher tax on capital gains, which is currently discounted at 50%, but less tax on capital income flows, like interest or rent which currently are taxed at the marginal rate.

The next question is, should all capital income be taxed the same? This is important to answer correctly in Australia, because capital is more widely held here than in many countries. We boast a high home ownership rate, especially for mature households, and housing comprises more than half of total private wealth. And we have gradually accumulating superannuation assets: more than $2 trillion today, by some estimates expected to rise to $13 trillion by 2040. This adds urgency to the issue.

Relatedly, we are entering a period when our population is ageing, with shrinking total labour force participation, and an increasing proportion of the population relying on income from capital to finance their retirement consumption.

Australian superannuation is saved through contributions by employers or the fund member, mostly taxed at 15%, which earn investment returns, taxed at a low rate, with the accumulation eventually being available to the superannuation fund member, tax-free after the age of 60. At all these stages, the tax system is relevant, whether or not a tax is actually levied, influencing important personal financial decisions, and generating perceptions of equity or inequity, and efficiency or inefficiency. No wonder it's a political football.

There is a case for taxing different kinds of capital income differently. Long-term saving, such as retirement saving, is probably best taxed like an "expenditure" tax: that is, making contributions from post-tax income, don't tax the investment returns or the final benefit. This is what we do with the principal residence, in common with many other countries. Most of those countries treat pension saving similarly.

This can be defended in a couple of ways. First, it's inefficient to introduce major price distortions which adversely affect consumer choice through the tax system. Taxing investment returns as part of income taxation changes the price of consumption in working life relative to consumption in retirement. Compound interest makes the distortion a big one.

Second, the two major channels for retirement saving – owner-occupied housing and super – should be taxed similarly. If we're not going to tax the (imputed) income from the owner occupied home, or the capital gain that accrues through the period of ownership, then we shouldn't tax the returns to super either. Better to avoid introducing a major price distortion between these two important lifetime assets. This is particularly important because future generations will rely more heavily on superannuation when they retire.

Critics say further changes to the way we tax superannuation are unwelcome. But our very complex superannuation tax regime could be modified in a way to make it more sustainable, and surely that is welcome. This would be along the lines recommended by Henry, and with appropriate thresholds and limits, so that it looks a lot like the way we tax housing, and probably without too much change in long term revenue collections, although this would need to be carefully thought through. It would be a worthwhile goal, even if it can only be reached in incremental steps. The long game is what counts.

John Piggott is UNSW Scientia Professor of Economics and Director of the ARC Centre of Excellence in Population Ageing Research (CEPAR). He was a member of the Henry Tax Review Panel.