US research clearly shows how better results can be achieved, and it’s not all about throwing more money at education, writes Richard Holden. 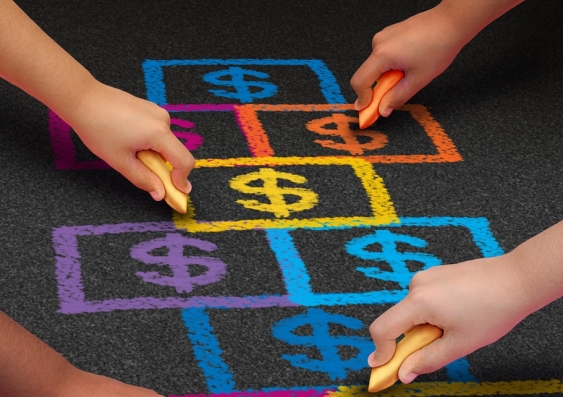 OPINION: In the lead-up to this year’s federal election, the debate about primary and secondary education has become pretty shrill, and focused almost exclusively on more money versus not.

For instance, Nick Cater said in these pages last week (Commentary, June 7) that “throwing cash at schools is not the answer” and mocked the notion that money could help low-achieving students as “alchemy”. The next day, Janet Albrechtsen followed suit, telling us: “School funding from federal and state governments has doubled over the past two decades but has failed to raise standards in student performance.”

Cater even saw fit to give us a brief philosophy lesson, referring to Descartes, Locke and Bertrand Russell.

It is ironic, then, that the Albrechtsen-Cater argument — we’ve spent more money on education and results have not improved — commits one of the classic logical fallacies: post hoc ergo propter hoc (after this, therefore because of this). Education spending up, achievement flat. Conclusion: there is no causal link between education spending and student achievement. That conclusion is, in a word, wrong.

On the other side of the debate, however, Labor has been arguing that spending more money does have a causal impact on achievement. Its “Your Child. Our Future” policy points to several education inputs, such as better trained teachers and early intervention, that have been shown to drive student achievement. The reasoning, however, is all backwards: spending $37.3 billion will allow all sorts of wonderful things to happen, and that will lead to some great outcomes.

Well, perhaps. But the correct reasoning would be: here’s what actually works and here’s what it’s going to cost, so let’s do it.

Both sides are obsessively focused on money in education, and not enough on what works in education.

Yet, thanks to some remarkable work by US scholars in the past decade, we have compelling evidence on what factors do have a causal impact on student achievement. We basically know what works. And the bottom line is that while some of those things definitely cost money, not all of them do.

The key player has been Harvard economics professor Roland Fryer. Through a series of extraordinary studies — often randomised controlled trials of education inputs — Fryer has revealed the key drivers of student achievement. And because much of this work is just like a pharmaceutical trial where a treatment group gets, say, the heart medication and a control group gets a placebo, Fryer has identified true causal effects, not just correlations that could be spurious and misleading.

In a 2013 paper with Will Dobbie (now at Princeton), Fryer finds that there are five key drivers of student achievement: an extended school day and year; the use of data to drive instruction; commitment to high-quality teacher human capital; a culture of high expectations; and high-dosage small-group tutoring. Staggeringly, these factors account for roughly half of school effectiveness.

Relatedly, Massachusetts Institute of Technology economists Josh Angrist and Parag Pathak, along with Christopher Walters from the University of California, Berkeley, show that so-called No Excuses charter schools (broadly speaking, independent schools) in Massachusetts outperform other charter schools. These schools have stricter discipline, mandate school uniforms, “cold-call” students in class, often employ teachers who were involved in the Teach for America program (who tend to have strong academic backgrounds), and record video footage of lessons to provide teacher feedback. They find that, conditional on doing these things, per-pupil expenditure does not predict effectiveness.

Finally, Nobel laureate James Heckman has highlighted the importance of early childhood intervention, particularly for socioeconomically disadvantaged children. Heckman looked at programs that used random assignment of students (because of resource constraints), which also allows one to draw causal conclusions. As he puts it, the studies “demonstrate substantial positive effects of early environmental enrichment on a range of cognitive and noncognitive skills, schooling achievement, job performance, and social behaviours, long after the interventions ended”.

But data-driven instruction and providing video feedback to teachers is relatively cheap. Stricter discipline, cold-calling, and having a culture of high expectations doesn’t really cost anything.

Our education policy should be focused on understanding the precise inputs that really drive student achievement, then funding those properly. If we don’t do that, we may spend too little, or too much, but we won’t spend effectively. And that’s a lousy outcome for students, our innovation economy and the budget bottom line.

Richard Holden holds a PhD in economics from Harvard, was on the faculty at MIT and the University of Chicago, and is Professor of Economics at UNSW’s Business School.