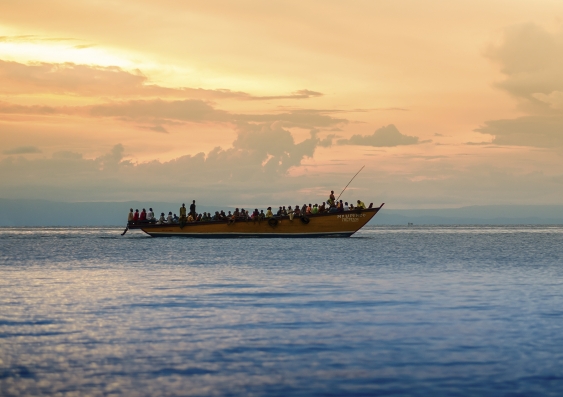 OPINION: The loss of more than a thousand lives in the Mediterranean in the past two weeks has led the European Union to launch military operations against people smuggling networks in Libya and ramp up maritime patrols. But, as some senior European politicians conceded, focusing on tougher border controls is just a makeshift response. The move is more about the optics of control than anything else.

If it involves entering the territorial waters of other countries, then it might well be unlawful. In contrast to Australia, the legality of "on-water matters" in Europe is taken seriously: the European courts will strike down policies that do not comply with a state's obligations under international human rights law.

This is a long-term, global challenge that will remain for as long as there is oppression and discrimination in the world.

"Irregular" migration is not a naturally occurring phenomenon, but a concept constructed by states in an attempt to impose order on the inevitable, age-old reality of human movement. Despite appearances to the contrary, states do not have free rein to treat migrants however they like. Their actions are bounded by the limits of international refugee and human rights law – a set of minimum common standards based on fundamental concepts of dignity, humanity and non-discrimination.

International law does not privilege the treatment of the citizen over the non-citizen. As the Office of the United Nations High Commissioner for Human Rights states in its "recommended principles and guidelines on human rights at international borders", borders are not black holes for human rights. While states are entitled to exercise jurisdiction at their borders, they must do so in light of their human rights obligations.

A notable difference between those seeking to cross the Mediterranean by boat, and those seeking to reach Australia by boat, is that European movements are much more mixed. Mixed flows of people involve asylum seekers in search of protection, as well as migrants looking for work and better opportunities. By contrast, most people seeking asylum in our region are refugees, as recognition rates in Australia, Papua New Guinea and Nauru show.

But while refugees require special protection – including access to refugee status determination procedures – all migrants must be treated with dignity and have their rights respected. States cannot act unilaterally or without impunity on the seas. Australian legislation authorising officials effectively to do what they like when dealing with asylum seekers at sea would never pass muster in Europe, because it is wholly inconsistent with international law and EU law.

Suggestions in recent days that the EU could follow Australia's "stop the boats" approach are untenable as a matter of law. Three immediate complementary strategies are needed.

First, the EU needs to establish safer routes to protection for those who need it. Europe has offered only 36,300 resettlement places to the millions of people displaced by conflict in Syria. It is an inadequate and disproportionate response on any measure. Meanwhile, tens of thousands of Syrians have arrived by boat in Italy desperately searching for protection.

Second, there needs to be enhanced EU-wide co-operation on the rescue and protection of migrants at sea, rather than deflecting responsibilities (and costs) to coastal states. As Oxford's Professor Guy Goodwin-Gill observed in a recent address in Athens, action is also needed beyond the EU region to engage with countries directly involved with the movement of people between states.

Third, measures must be protection-focused to ensure the human rights of all migrants are respected, and that those whose lives or freedom are endangered can have their protection claims assessed in a fair and impartial manner.

By their nature, refugee movements are complex and messy. Desperate people will resort to desperate measures. Boats will continue to come as long as the root causes of displacement remain unresolved. This is a long-term, global challenge that will remain for as long as there is oppression and discrimination in the world.

The best states can ever hope to do is to manage spontaneous movements, not prevent or control them. As the head of the British Refugee Council said: "People fleeing atrocities will not stop coming if we stop throwing them life-rings ... The answer isn't to build the walls of fortress Europe higher; it's to provide more safe and legal channels for people to access protection."

As long as asylum policies are conditioned on national interests, we will never achieve a sufficiently harmonised approach to the global reality of displacement. International co-operation, not unilateralism, is the only way forward.

Jane McAdam is Scientia Professor of Law and director of the Andrew and Renata Kaldor Centre for International Refugee Law at UNSW.