Trust, empathy and other underrated traits for successful leadership

Discomfort and handing over the reins can be crucial to a strong career, says eminent tax expert Jennie Granger. 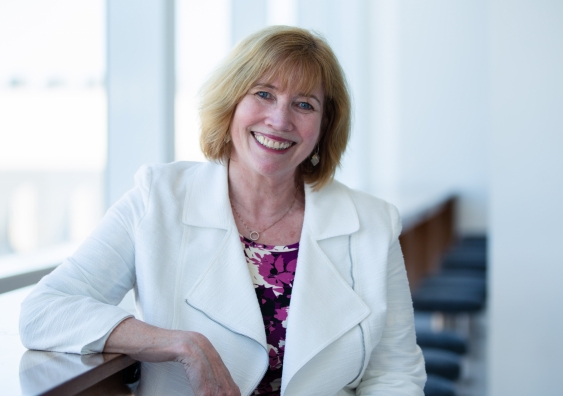 As a Director-General for HM Revenue & Customs, Jennie Granger held one of the UK’s highest security clearance levels and established herself as a global expert in leadership and taxation compliance.

Hired to lead a major digital transformation project for 28,000 staff, Ms Granger overcame many personal and professional challenges as the first Australian and one of few women to accept the role.

The transformation project involved modernising systems and conducting a “generational refresh” of the staff, 80 per cent of whom were aged over 50.

After five years on the project, Ms Granger had overseen the recruitment of 15,000 new employees and reduced total staff to 24,000 people – 30 per cent of whom were aged under 30.

“Revenue administrations are never popular, but if they fail, your country is in trouble,” Ms Granger says.

Ms Granger, a UNSW alumna, acknowledges that the most important thing about transformational change is engaging and managing the people impacted.

“It’s very important when times get tough, or you have to deliver tough messages, that people can connect to the human. They may not like the message [but] they can see someone who is genuine, and has thrills and spills in their life, just like them.”

However, with limited time and staff in more than 300 locations, Ms Granger was unable to make that human connection in person. Her solution was to produce a weekly blog.

The Arts / Law graduate insisted the blog be about her personal experiences in the UK rather than “promoting initiatives from management” which she felt no-one would read.

The blog allowed people unacquainted with Ms Granger to feel comfortable asking casual questions about her life. Its most popular post also created a “war” between staff in Scotland and England over the best Harry Potter locations Ms Granger could take visiting family.

In addition to effectively engaging people, Ms Granger says, a ruthless assessment of the organisation's capabilities and the leader's own readiness is critical to the success of transformational change.

“For people leading this type of change, it takes a huge amount of energy, resilience and determination. You have to be up for that … even when it’s not going great,” she says.

Ms Granger modestly credits other people with identifying her leadership potential. A self-described “really shy child” with a stutter and a fear of talking, she eventually overcame her limitations when she experienced the thrill of clicking with audiences.

As a teenager she left her small rural NSW town to complete high school on exchange in the United States, later returning to UNSW Sydney for a double bachelors degree in law and psychology. However, it was an AGSM @ UNSW Business School Executive Education program that helped Ms Granger develop her leadership abilities.

“They took apart our interpersonal skills and really worked out what we were good at, what we weren’t, and started to teach us how to do that … I had to learn a lot,” Ms Granger says.

After securing the role as Second Commissioner for the Australian Tax Office, the UNSW graduate had to develop a more assertive personality, a challenge because she was raised to avoid confrontation.

“I started to get involved with compliance activities where we had to challenge people about their affairs, particularly once we started to go toward law enforcement,” Ms Granger says.

“I wasn’t particularly strong at that … being clear, calm and commanding was an important skill for me to learn and practice, and get right,” she says, explaining that without those skills people will assume a leader is incompetent.

The experience prepared Ms Granger for her future role in the UK where, in addition to leading the change project, she would meet regularly with Theresa May, then Home Secretary, to advise on matters of national security.

People outside the industry may think taxation is just about income and rebates, but sophisticated organised crime and terrorist fundraising efforts have ways of showing up within the tax system.

Ms Granger now brings her extensive tax compliance and leadership experience to UNSW Business School as a Professor of Practice. In this role her duties include advising on research, making connections to industry and representing the school in official functions – such as the upcoming 14th International Conference on Tax Administration.

Ms Granger will also facilitate a postgraduate online course on Law, Regulation & Ethics, developed in conjunction with AGSM and the School of Taxation and Business Law.