Two visions of the 'new economy', one based on environmental and social justice values, the other on disruptive technologies, are coming together to challenge the status quo, writes Bronwen Morgan. 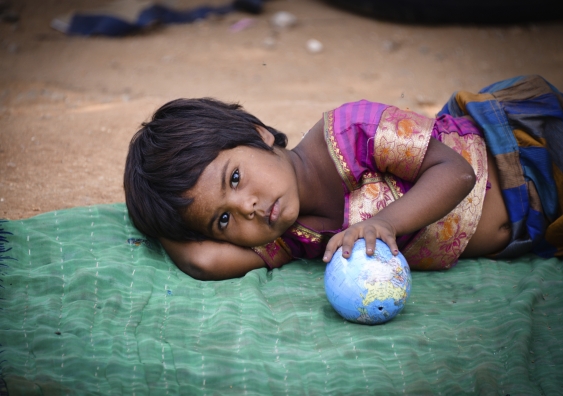 In Sydney in September, Naomi Klein spoke passionately about how climate change opens up opportunities to change our economic system in a fundamental way, focusing it more on “people and planet” than on economic growth.

Her view is similar to that of the New Economics Foundation in the UK and to the New Economy Coalition in the US. These link systemic economic change to democratic empowerment, grass-roots struggle and the pursuit of environmental and social justice.

This is one emerging vision of a “new economy”.

Another vision is technology-led, increasingly centred on digital disruptors, such as peer-to-peer services like AirBnB and Uber.

The technology-led vision is linked to the increasing dominance of a service-based economy, as well as technological shifts to manufacturing processes that intensify competitive dynamics and global mobility.

Both visions have long histories, but there are fascinating possibilities emerging at their intersection, drawing on elements of both visions, designing social and ecological values into the heart of technological platforms.

Some of the best examples of this lie in the domain of web-enabled peer-to-peer services. These services use technology to eliminate many of the intermediaries and “middlemen” that have typified service provision in industrialised economies, particularly in food, transport and energy.

Two interesting examples of smaller-scale experiments that blur the boundaries between the two versions of the new economy are the Open Food Network and Wikihouse.

Open Food Network (to whose crowdfunding campaign I have contributed) uses open source software to link producers and consumers of local ethical food. Based in Melbourne, it describes itself as:

Wikihouse uses free and open source hardware designs to enable rapid build of eco-housing. Founded in the UK by architect and designer Alastair Parvin, it describes itself as:

A small non-profit with a huge mission: to create the world’s simplest, most sustainable building systems, which are shared in commons – owned by and for everyone.

These are systems Wikihouse claims make it possible for a team of amateurs to assemble the chassis of a mid-sized house in one to three days. Wikihouse is already being deployed to good effect in Christchurch in the wake of the 2011 earthquake.

In many ways, both Open Food Network and Wikihouse could stand as an example of either version of the new economy. Both provide a web-based platform that cuts out or curtails the power of the middleman. Both stress the desire to create positive social change of a systemic kind, one that will disrupt the existing dominance of large-scale commercial provision of food or housing. These features echo the technology-led perspective on the new economy.

But “people and planet” are also designed into both projects. This is visible in their strong commitment to open-source and the way this supports small community groups anywhere in the world in setting up local initiatives easily and at low cost.

Similarly, both stress the inbuilt sociality and affordability of the practices they enable as the key to allowing broad take-up and scaling by replication (rather than scaling up). They seek to go beyond simply providing a software platform as a commercial service, aiming to connect like-minded groups around the world in a collaborative community.

Are these nascent multinational chains-in-waiting? Many less obvious and visible dimensions of the projects suggest not, such as not-for-profit legal structures as the umbrella entity for the projects, open-source intellectual property, an explicit avoidance of venture capital investment. All these combine to create a distinctive ethos that resists being categorised as either/or of the two visions of a new economy.

The New Zealand chapter of Wikihouse, initially called Think Radical, tells its own story in slightly wry terms as one where it was “advised to formalise a company structure in the interests of credibility and trust”, at which point “it was suggested that Think Radical would be, well, too radical”. They named themselves Space Craft Systems instead. This move epitomises the sometimes uncomfortable straddling act that these projects embody.

The key point here is not to suggest that these projects are win-win solutions. On the contrary, it is more to insist that the political and ethical challenges that are put front and centre by social commentators such as Naomi Klein are equally integral to any technology-led vision of a new economy.

Debating not only the details that make these initiatives work in practice, but also their political and ethical implications, can help us to understand better the possibilities of the new economy. It will also remind us of the multiple ways in which peer-to-peer and sharing economies might transform the economic landscape ahead.

Bronwen Morgan is a professor of law at UNSW.