UNSW Law has become the first law school in the country to adopt its own Reconciliation Action Plan. 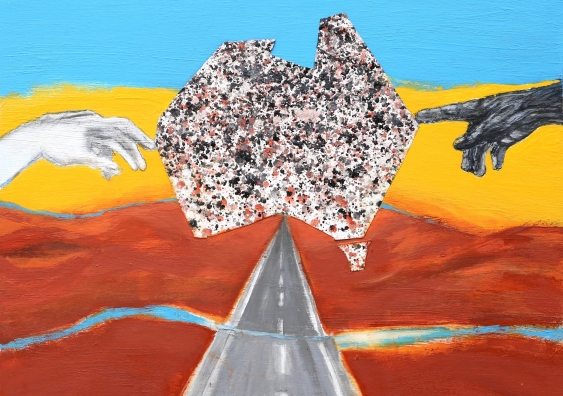 'One Road One People' by Teena McCarthy, a graduate of UNSW Art & Design, who was commissioned to create the artwork for the RAP.

UNSW Law has become the first Law school in the country to adopt its own Reconciliation Action Plan (RAP).

The document, which has been approved by Reconciliation Australia, was launched at an event featuring Indigenous speakers and artists, including performances from UNSW indigenous student Bridget Cama, and rapper Rhyan Clapham.

The Action Plan commits UNSW Law to a range of initiatives, including measures to increase Indigenous staff and students in the Faculty. 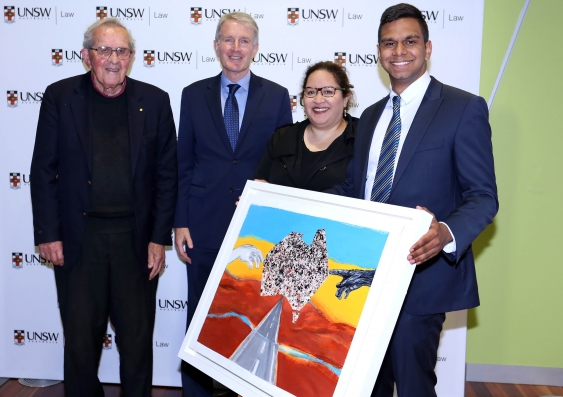 UNSW Law has had a long-standing commitment to Aboriginal and Torres Strait Islander people’s legal education. Since 1975, 80 Indigenous students have graduated from its programs and there are currently 54 students enrolled in the Faculty. The Indigenous Law Centre, the only research centre of its kind in Australia, is located at UNSW Law.

“We have been doing work on Indigenous issues since the beginning of the Law School in 1971,” says the Dean of Law, Professor David Dixon. “The RAP isn’t just a rhetorical statement - it’s an accountability measure. We are laying down a series of commitments we can be checked against.” 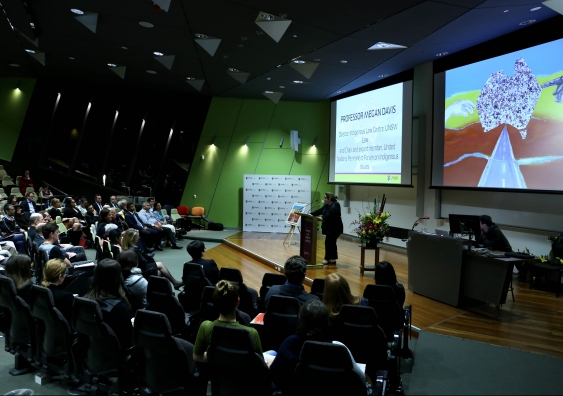 Reconciliation Australia works with organisations to develop business plans that document what they will do within their sphere of influence.

“It came about because we were working on a range of things such as scholarships for Indigenous students and building up numbers of Aboriginal and Torres Strait Islander staff and one of our colleagues said it looked like a Reconciliation Action Plan,” says Professor Dixon. “We were already doing a lot of work in this area, so the RAP pulls them all together and sets targets for the future.”

The plan has been illustrated by Indigenous artist Teena McCarthy, a recent graduate of UNSW Art & Design, who is a finalist in the NSW Parliament Aboriginal Art Prize.

UNSW Law recently announced a new Indigenous scholarship. The Judge Bob Bellear Scholarship is named after the UNSW alumnus, who was the first Aboriginal person to be appointed as a judge in Australia. 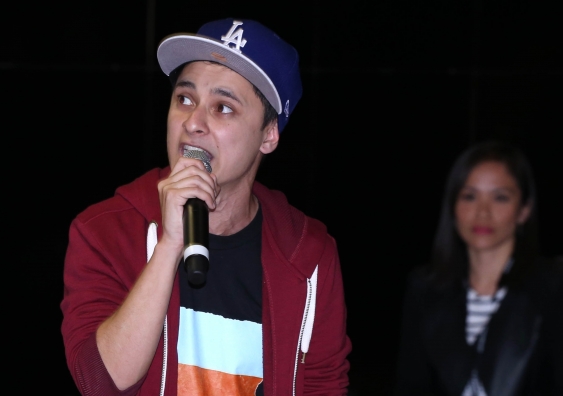 Reconciliation - the next chapter