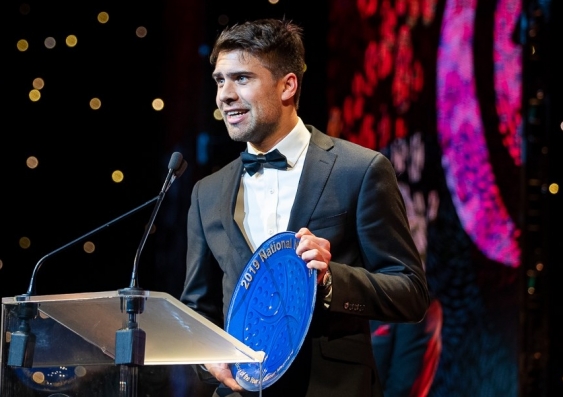 Ganur Maynard had no idea he was receiving the NAIDOC 2019 Apprentice of the Year award until his name boomed out over the mic.

“It wasn’t until my nerves finally settled,” he explains, “that I reflected on all the people in my community who have supported me and opened the doors to achieve more than I thought was possible.”

The NAIDOC Apprentice of the Year Award is for an inspirational cadet, apprentice, trainee or intern. The 2019 awards ceremony was held at the National Convention Centre in Canberra.

Ganur received his award for apprenticeships at a variety of prestigious law firms. In 2016, he worked on the Australian Law Reform Commission on tasks related to the incarceration rates of Aboriginal and Torres Strait Islander peoples. He was also a paralegal at Herbert Smith Freehills and Westpac, an intern at the King & Wood Mallesons Sydney firm, and a Research Assistant alongside the barristers at Frederick Jordan Chambers. Most recently, he undertook a German-language apprenticeship at Hogan Lovells – one of the largest international law firms in the world.

The 23-year-old Gamilaroi man grew up in Newcastle and moved to Sydney for university. Now in his final year at UNSW, he says studying Law wasn’t his original plan.

“Not only did I not plan to become a lawyer, but I genuinely had very little inkling of what lawyers do,” he says. “All I knew was that, unlike many other fields, I'd be able to study and practise law with my tenuous grasp of science and mathematics.”

Ganur says it has been encouraging to have a group of academics and students at UNSW who are committed to using the law for good.

“I've been fortunate to meet many people in different areas of the legal profession who take it upon themselves to use the law to make the world a better place, and that has inspired me to pursue a career in law.”

Ganur is studying a Bachelor of Law/Arts degree. With a major in history, he focuses on colonial history in Australia and abroad. Throughout his undergraduate degree, he has received many academic awards, including the Nura Gili Academic Excellence Award through the Faculty of Arts & Social Sciences. 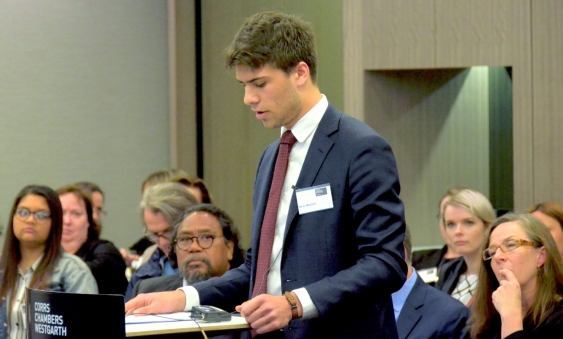 The 23-year-old has completed multiple apprenticeships with prestigious law firms.

Ganur is a role model for many Aboriginal and Torres Strait Islander students. He is a student representative on the UNSW Law Reconciliation committee in addition to helping organise work experience for other students through the CareerTrackers Indigenous Internship program. To those students hoping to one day undertake an internship, he says it is important to be yourself and not get discouraged by mistakes.

“There's nothing people value more than enthusiasm and genuine interest in your work at this stage – nobody expects you to be an expert!”

The high achiever has recently been selected to attend the Aurora International Study Tour – an initiative which allows ambitious Indigenous students to visit leading international universities such as Cambridge, Oxford and Harvard. Ganur says it was both an honour and a huge responsibility to represent Indigenous Australia on the tour. He is most looking forward to meeting the other Aurora scholars.

“The program takes Indigenous graduates from all over the country and I'm sure there will be some superstars in their ranks.

“I'm also looking forward to learning about life at different universities and the opportunities they can facilitate.”

This year, Ganur has plans to organise the First Nations Moot with a topic on Voice, Treaty and Truth, off the back of the call in the Uluru Statement from the Heart for constitutional recognition.

“I loved mooting because it gave me a chance to hone some advocacy skills in relation to topics that are very relevant to Aboriginal and Torres Strait Islander peoples, such as racial discrimination and free speech, criminal law and sentencing, and intellectual property,” he says.

After completing his studies, Ganur will join Herbert Smith Freehills as a full-time clerk in 2020. He is attracted to the firm’s commitment to pro bono work and wants to use his law career to protect native title and work in property and litigation. He hopes in the future to also spend time working for an Aboriginal-run organisation.

“I want to learn more about how to solve the problems our peoples are facing today and to hopefully meet some inspiring Indigenous mentors.

“It's always a great honour to be recognised by your community, but I hope that more than anything else, others see that anyone can do what I have done and that this inspires our community to academic and professional success.”