Opinion US-China phase one trade deal: what does it mean?

While phase one of the US-China trade deal will curb tensions, more work is needed to provide predictability and protection to the world economic order. 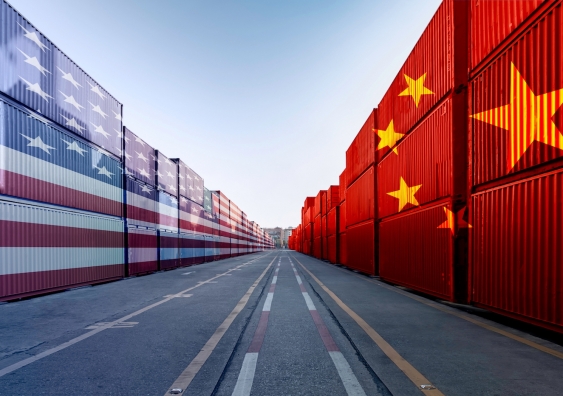 A temporary truce in the ongoing economic conflict between the two largest global economies has been reached with phase one of the new trade deal between China and the US.

As a first step, the agreement lowers the temperature of the unprecedented trade war but it has not fully addressed the fundamental problems.

So, what is in the new deal, and what are its implications for world economic order?

The deal is unique in that it is neither a regional trade agreement (RTA) or an investment treaty. As such, it does not address wide-ranging problems in the way an RTA would – like the Regional Comprehensive Economic Partnership or the United States–Mexico–Canada Agreement – but focuses instead on select prioritised issues.

The features of a regulatory approach

Of the three types of responses under trade war, this new deal reflects a regulatory response approach in addressing issues in investment and intellectual property. It also arguably reflects both trade liberalisation and managed trade in selected aspects.

The former is reflected in the streamlined regulation for select areas, particularly agriculture. The latter can be found in the large-amount purchase commitments, which partially explains why the EU has concerns.

What does the trade deal ask of China?

The trade deal includes the following commitments from China:

What is not covered in the trade deal?

There is an absence of rules on various structural trade issues like subsidies, state-owned enterprises, data flow, and internet governance. These issues concern the competition in the market.

It is not yet clear how the negotiation will proceed to the second phase, and whether and how issues like subsidies will be addressed. Notably, the US continues to work with the European Union and Japan to develop new subsidy rules at the World Trade Organization, which will affect China's practices.

What are the wider implications of the trade deal?

In principle, the agreement has the potential to benefit both the US and China, such as reducing the chance of decoupling, enhancing business confidence and providing time to address domestic issues.

It helps to avoid the lose-lose scenario in any retaliation, with such regulatory improvements likely to benefit businesses operating in China.

However, it remains to be seen how the US-China trade deal will be effectively enforced, given it is largely contingent on the willingness of both parties to do so.

What are its challenges?

Both parties are likely to have different interpretations of certain rules and their implementation, ranging from the determination of exemption from tariffs, the potential use of exceptions, possible new measures, and other implementation issues of the phase one agreement, to open issues like subsidies.

The regulatory commitments are likely to bring legislative and administrative adjustments in China (such as the trade regulations discussed above) which might also reveal different understandings of the agreement. Time will tell whether the dispute settlement provisions will operate smoothly.

How will this affect the world economic order?

The trade deal also has widespread implications for the future of world economic order. One may argue that the deal has positive effects, particularly in enhanced intellectual property protection, and the potential to reduce trading costs.

It is still unclear whether the improved regulatory processes will apply to businesses from all states. There is more to be done in order to disperse concerns over the WTO-consistency and to ensure non-discrimination in international business.

The pathway of the trade agreement, including the possible phase two negotiations, will likely affect how trade issues are addressed in the future.

There will no doubt be other implications that need to be analysed on a case-by-case basis, with the trade deal affecting value chains, which will have different impacts on different actors.

How does the trade deal differ from the WTO system?

There are also more general implications of the trade deal. For instance, the trade deal does not provide as much predictability as the WTO system, particularly given the lack of a third-party adjudication system.

The dispute settlement will rely on both countries. If the trade deal is to address structural issues in the second phase, the dispute settlement processes will likely prove contentious due to the current lack of consensus – or even common understanding – of many new issues like national security and data flow.

The next round of negotiations will be telling. There needs to be greater consistency with the WTO rules, and transparency and inclusiveness in the rules to ensure they take into account the views of the various stakeholders likely to be affected by the trade deal.

If confidence is to be fully restored, both sides need to work together to ensure that future trade deals contribute to a rule-based system that provides more predictability and protection to every actor.

Overall, the future of international economic order needs the efforts of the world community since it will affect everyone in society.

Professor Heng Wang is Co-Director of the Herbert Smith Freehills China International Business and Economic Law Centre (CIBEL) in the UNSW Faculty of Law. CIBEL is the largest centre in this field outside China.