Opinion Vital Signs: all eyes on the central bankers 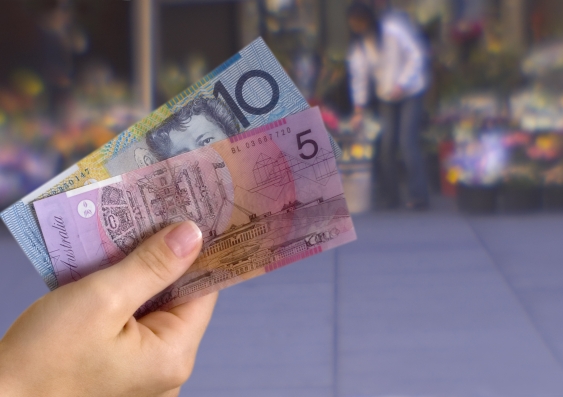 OPINION: Last week saw a slew of economic data released in the US, Australia, and China.

Perhaps the most carefully watched was the US employment report, showing that the US economy added 151,000 jobs last month, leaving the unemployment rate unchanged at 4.9%.

This was a solid, not stellar result. But interestingly, the August report is notorious for being revised upward in later months. So the final number could come in higher if recent history is a guide.

The reason the jobs number was so closely watched was because many people – including yours truly – thought that another 250,000-ish gain would lead the Fed to a 25 basis point rate hike at their next meeting. That move by the Fed is still definitely possible, but the news lowered the odds a bit.

In another positive signal about the US economic recovery, the Conference Board’s consumer-confidence index rose to 101.1 in August, up from 96.7 in July.

Also positive was the Australian business investment plans for 2016-17. It beat expectations at $105 billion, although still down nearly 10% on the prior year.

ABS figures revealed a sharp jump in apartment approvals, with the July figure coming in at 11,393 – more than 15% higher than the previous year. This helped offset the 3% year-on-year decline in housing approvals. Still, apartment approvals in particular are lumpy, so it’s dangerous to read too much in to one month’s number.

On the less positive side, Australian retail trade figures were flat in July, putting the year-on-year increase at a modest 2.7%. This is on the back of just a 0.1% rise in June.

There was good news out of China, with the manufacturing Purchasing Managers' Index (PMI) up to 50.4, the best result since October 2014, and up from 50.0 the months before, also beating market expectations.

All in all this was a fairly positive week for global economies (especially if you forget about the basket case which is Europe).

There will be a good deal of central-bank watching over coming weeks, though. Philip Lowe takes over as governor of the RBA, and Guy Debelle was announced as his deputy – an excellent choice.

September 20-21 is the Fed’s Open Market Committee’s (FOMC) next meeting, which will be telling about the future path of interest rates – both in the US and Australia.

If the Fed hikes that will put downward pressure on the Australian dollar. The RBA seems uncomfortable with the current level of the local unit, and they would probably welcome a weakening, which would give them more wiggle room on their own cash rate.

And although it wasn’t “data” exactly, Prime Minister Malcolm Turbull recently reminded us of the benefits of free trade, in the leadup to the G20 Summit in Hangkhou. His admonition that “One important way in which the G20 summit can promote open trade policies is by assisting members to do a better job of measuring and communicating the benefits,” is well taken as populism seems increasingly the political order of the day around the world.

At least one piece of positive news surrounded the event, with China and the US ratifying the Paris climate deal on the eve of the summit.

Action on climate change and a boost for free trade would make for a very successful summit. Let’s hope our PM supports the former, not just the latter.