Opinion Vital Signs: For all its worth, the banking royal commission could hurt a generation of battlers

The banking royal commission's most enduring legacy might be the cancer of too much caution throughout the financial services sector. 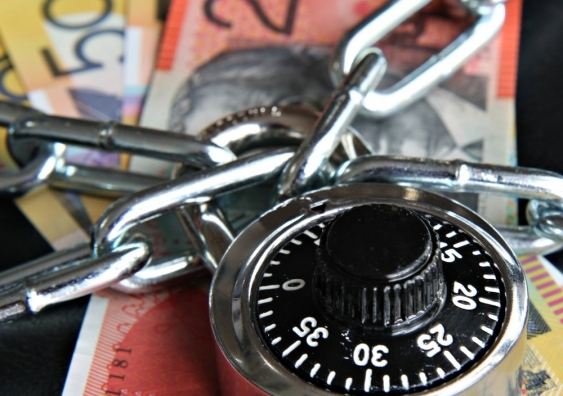 The Royal Commission into Misconduct in the Banking, Superannuation and Financial Services Industry is set to deliver its interim report no later than September 30.

There have already been plenty of consequences for industry participants from the proceedings thus far. But the ugly facts that have been uncovered obscure the larger, and in many ways more important, picture. What will be the inquiry’s long-term economic impact?

Any royal commission has two faces. In one way it’s like a coronial inquest; the facts of the case need to be established – perhaps in gruesome detail. In another way it’s an exercise in public catharsis, shedding light on hard truths so society can collectively move forward.

If ever there was a case study in how these two aspects can conflict, it’s this royal commission. At this point we can only speculate about the precise contents of the interim report. Based on what we’ve learned from the proceedings, however, it will cover charging fees to dead people, breaches of anti-money-laundering obligations, and the relentless pushing of unsuitable financial products on unsuspecting consumers.

Let’s be clear: that is all very bad, and there’s no excuse for it.

Furthermore, I’ve been consistently critical about less sensational but probably more damaging behaviours, such as imprudent lending practices. The massive amount of interest-only loans, which require borrowers to only repay the interest, risk detonating the Australian financial system the way sub-prime loans what’s this? did in the US a decade ago.

If all the royal commission achieved was to stop the financial services sector doing these unacceptable and unwise things, it would serve a useful purpose.

The danger of scaring bankers too straight

But it’s likely to do much more than that. It will causes bankers to pull back from public view like frightened turtles.

Why risk making a loan that could possibly go bad, even if on balance it’s a good idea for both borrower and lender? Why risk offering a financial product to someone who may not fully understand the implications? In short, why take much risk at all?

Now it may be that banks have taken too much risk in certain instances, but overall their job is to take risk. A bank that never makes a bad loan is not lending enough. The supply of credit in the economy depends on financial institutions being willing to balance the upsides and downsides of risk.

The royal commission has every chance of causing a big overreaction, with banks and other financial institutions being far too cautious in its wake.

These folks face being functionally excluded from the modern economy for half a generation or more - pressed up against the glass, looking in on the benefits that accrue to those banks deem worthy credit risks in the post-commission environment.

It’s also worth reflecting on what the commission might not do.

So far the boards and directors presiding over incentive schemes both facilitating and encouraging all kinds of bad, even illegal, behaviour have escaped relatively unscathed.

What about the regulators?

The royal commission is not set up to deal with such matters. The corporate and prudential regulators are. At least in principle. Yet the commission has barely touched on their failings.

This is the commission’s big omission. The Australian Securities and Investments Commission and the Australian Prudential Regulatory Authority have been, to put it politely, asleep at the switch. All this bad stuff happened on their watch. Worse still, it was entirely predictable. And one can only presume that neither side of politics took it seriously because neither, when in government, chose to put serious people in charge of these organisations, nor resource them properly.

The US Supreme Court justice Louis Brandies once famously observed that sunlight is the best disinfectant.

Quite so. But too much sunlight gives you skin cancer. The most enduring legacy of the banking royal commission might be the cancer of caution it will engender in the financial services industry.