Vital Signs: get ready for the Aussie dollar to fall

A large chunk of economic data was released this week and while nothing was shocking or terrible, there is mounting evidence the world’s economic growth problem is entrenched. 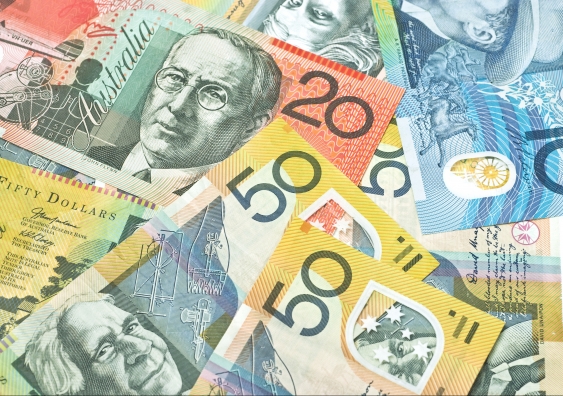 OPINION: A large chunk of data was released this week, with more to come next week. And while nothing was either shocking or terrible, there is mounting evidence the world’s economic growth problem is even more entrenched.

Australian inflation was keenly anticipated because of the large chunk of data was released this week, with more to come next week. And while nothing was either shocking or terrible, there is mounting evidence the world’s economic growth problem is even more entrenched.e surprising and concerning low figure last quarter. All groups CPI came with an increase of 0.4% for the quarter, compared to a fall of 0.2% in the prior quarter.

But that puts annual growth over the last 12 months at just 1.0%, well below the Reserve Bank’s target band of 2-3% year. The number was encouraging in part because of the bounce back, but distressing because it puts annual inflation even further away from the RBA target. That increases the already significant likelihood of an interest rate cut, or two, in coming months.

As expected, the US Federal Reserve remained cautious, not raising rates, but commenting that “near-term risks to the economic outlook have diminished”. They will probably look to start a tightening cycle of interest rate rises in 25bp increments, perhaps at the next meeting. When the economy was looking stronger late last year, there was discussion of 300bp of increases over a 18-24 month period.

With Australia cutting and the US raising rates the Australian dollar looks likely to fall. The real question is just how much.

Also in the US, less good news was that durable goods orders fell by 4.0% for the month, compared to market expectations of a 1.4% decline. Possibly softening the blow was that a large chunk of the decline was caused by a decrease in aircraft orders, which are notoriously lumpy. For instance, Boeing received 12 aircraft orders in June, down from 125 in May.

Finally, the Bureau of Labor Statistics reported a rise in the Producer Price Index of 0.5% for the June quarter on a seasonally-adjusted basis.

Meanwhile, you might remember Joe Hockey’s admirable goal from the G20 meeting a couple of years ago of a US$2 trillion boost. The IMF instead released figures suggesting that will be missed by US$6 trillion.

To put that in perspective, Australia’s entire GDP was $1.56 trillion. So the G20 basically missed the target by four Australias. Ouch.

Japanese prime minister Shinzo Abe announced plans for a 28 trillion yen (about US$265 billion) stimulus package. This was met with approval by markets, but shows the size of the economic challenges most advanced nations are facing as more and more evidence of secular stagnation mounts.

Over the weekend, US economic growth for the June quarter will be a key measure to watch out for, and will weigh heavily on future Fed rate decisions.

But it seems more likely than not that the Fed will raise rates cautiously, starting with a 25 basis points hike at their next meeting. Meanwhile, expect pressure for an RBA rate cut in Australia and a decline in the Australian dollar if that happens.