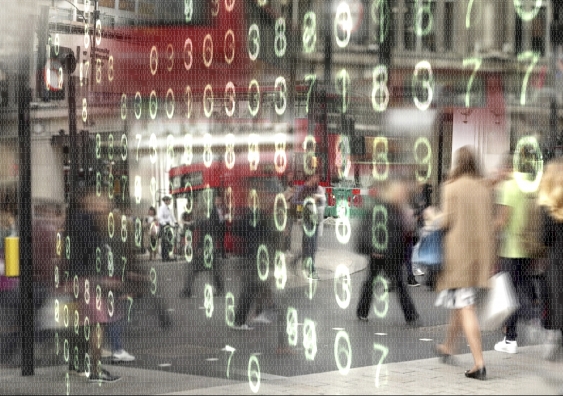 OPINION: This week saw a firehouse of data released. And for the first time in a long time, there was a little good news.

Beginning in Australia, nominal GDP growth in the final quarter of 2015 came in at 0.6%, ahead of expectations. But the bigger news was that the September quarter figure was adjusted upward from 0.9% to 1.1%, putting the annual growth rate of the Australian economy at 3.0%. Finally, something with a 3 in front of it!

Unpacking that figure a little, 0.2% of it came from a 6% growth in what’s called “public gross fixed capital formation” – which in this case is basically military spending. Household consumption expenditure also grew strongly, contributing 0.4% points to GDP growth. The latter may reflect a boost in consumer confidence.

This led the Reserve Bank to leave the cash rate steady at 2.0% on Tuesday. Governor Glenn Stevens said:

“Low interest rates are supporting demand while regulatory measures are working to emphasise prudent lending standards and so to contain risks in the housing market.”

It is also a perfect example of what I call The Economic Toolbox Theorem: “If you want to target N things then you need N tools.” The RBA was deeply worried about lowering interest rates, which they thought were necessary for boosting demand, for fear they were (further?) inflating a housing bubble. One tool (interest rates) but two things to target (demand and house lending). Enter the Australian Prudential Regulatory Authority and the tightening of bank lending standards and capital requirements. Two tools and two things to target and things seem to be working well all of a sudden. Sad though it may be, that’s the sort of thing that gets economists really excited: evidence supporting a theory.

On Thursday, Australian trade deficit figures were released (I guess it could have been a surplus, but one has to be a realist). On a seasonally adjusted basis the January figures showed a deficit of A$2.9 billion, compared to A$3.5 billion in December and estimates of $3.1 billion. So not a big difference, and on a trend (as opposed to seasonally adjusted basis) the figure was A$3.36 billion in January compared to A$3.23 billion in December. I’d call that neutral news.

And now for the less good news. The Chinese Purchasing Managers' Index (PMI) came in at 49.0, below forecasts of 49.3 (Reuters) and below the PMI of 49.4 in January. The PMI is has a slightly weird form. A PMI of above 50 means growth in manufacturing activity and below 50 represents a decline. The so-called Caixin PMI, which measures small and medium enterprises, came in at a disappointing 48.0, also down from its already disappointing January figure of 48.4.

These figures were a reflection of weak global demand conditions. So although Australian demand seems to be slowly bouncing back, that appears not to be the case around the world.

In the US the Institute for Supply Management (ISM) index (which reads the same way as the PMI) came in at 49.5, although that was an increase of 1.3. On the other hand, the Chicago PMI fell to a 7-year low, and the US Markit Manufacturing PMI fell, with Markit stating “the February data add to signs of distress in the US manufacturing economy”.

The US data was met with a mixed reaction: some said it was good news (and 10 year bond yields rose, suggesting that markets did, too), while some said it was terrible. The key concern here is that the Fed’s lifting of interest rates, indicating confidence, may have come too soon.

In sum: Glenn Stevens gets a gold star and, as long as inflation remains subdued, he still has 200 basis points of room to move if need be. But the global economy remains very weak which is concerning for everyone outside Australia. And if China continues to taper off it will become more concerning for Australia, too.