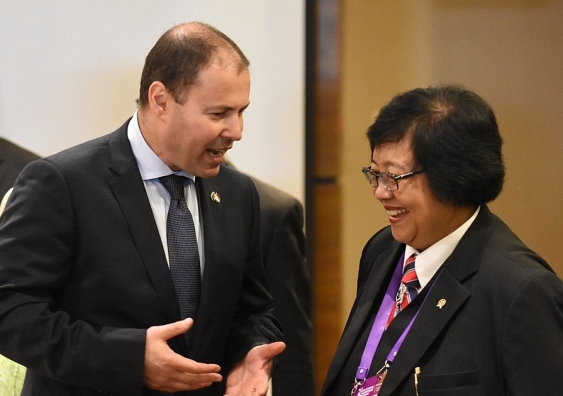 On Tuesday, with all the grace he could muster, Treasurer Josh Frydenberg declared that he wouldn’t be implementing as many of the banking royal commission recommendations as he had said he would.

Following consultation with the mortgage broking industry and smaller lenders, the Coalition Government has decided to not prohibit trail commissions on new loans, but rather review their operation in three years’ time.

Trail commissions are the small annual payments lenders make to mortgage brokers to reward them for loans they have arranged, typically between 0.165% and 0.275% of the amount outstanding per year.

They are paid in addition to the upfront commission, which is typically between 0.65% and 0.7% of the amount lent.

On a loan of A$500,000 they could amount to A$1000 per year, a payment which, in the words of Royal Commissioner Kenneth Hayne is “money for nothing”.

In responding to the report on Day 1, Frydenberg more or less endorsed Hayne’s recommendation.

From July 1, 2020, the government would outlaw trail commissions on new loans.

It would ask the Council of Financial Regulators and the Australian Competition and Consumer Commission to review the impact of the changes and implications of moving to complete borrower-pays remuneration in three years time.

The backdown means trail commissions are also safe for three years, which, given the likelihood of another lobbying campaign from brokers in three years time, means they are probably safe forever.

There’s a case against commissions

Anyone who has seen the movie “The Big Short” has seen a dramatic and only somewhat fictional representation of what can go wrong in the mortgage broking industry.

In that rendition, a bunch of highly incentivised, all care and no responsibility brokers help borrowers get loans they have no reasonable ability to repay. The brokers make out like bandits and the world economy is brought to the brink of total collapse.

We can all agree that was a bad outcome. According to Hayne, the problem with commissions is that they make brokers act in their own interests, rather than those of their customers.

But commissions are common…

Deferred commissions are common too. For executives, they ensure that they have something at risk after their term of services. For mortgage brokers, they create an incentive to recommend loans their customers won’t later switch out of.

Hayne thought that wouldn’t be needed. He recommended (and the government agreed) that the law be amended to require mortgage brokers to act in the best interests of borrowers.

It’s a nice idea, but tricky to police. It might be better to properly align the incentives to ensure the interests of the broker and borrower coincide, which is the position the government has belatedly adopted.

If it keeps commissions, as it now seems determined to do, it might need to apply some latitude to the term “best interests”. It is hard to require brokers to act in the literal best interests of their clients when the best loans for many of them will be the cheapest – mortgages from lenders that don’t pay commissions.

…and so is politics

The politics are complicated. Mortgage brokers account for more than half of all new mortgages written.

Notwithstanding the desire to look tough and adopt all of the Hayne recommendations, both sides of politics are aware that brokers are typically small(ish) business people of the kind they usually court aggressively, and that many would not survive having to charge upfront fees.

If the old adage is right, that the most dangerous place is between a politician and a camera, then another fairly hazardous spot is between a voter and property.

Mortgage brokers play an important role. At their best they help borrowers get better terms and inject some competition into an otherwise very concentrated banking market.

But if their incentives are not well-aligned then things can go awry, Big Short style.

We’ll have to wait

The best solution might be to make sure brokers get paid for getting their clients a good mortgage, rather than just a big mortgage.

This could involve “bands” of commissions based on mortgage size, rather than a bigger commission for every extra dollar borrowed.

And it could involve “skin in the game” where the size of the repayment is related to the commission.

Doing nothing would be a bad idea. So too might be doing something radical as Hayne has proposed.

But nothing might be exactly what we’ll get. The Coalition appears to have put off designing a proper commission structure for the next three years in order to buy some peace.