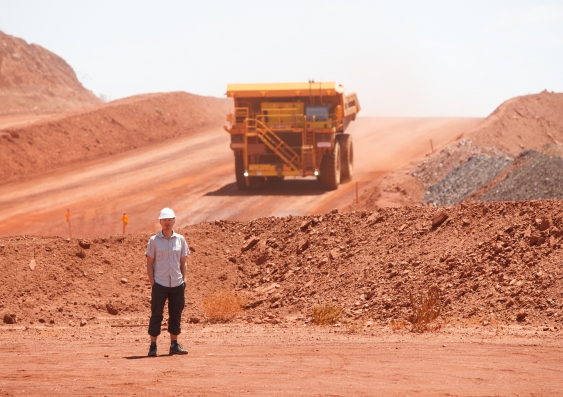 OPINION: There was continued doubt this week about the ability of the US economy to rebound from the financial crisis of 2008. The Markit Flash US Manufacturing PMI – literally a “purchasing managers' index”, but widely viewed as a barometer of manufacturing sector health – fell to 50.5 on a seasonally adjusted basis in May, down from 50.8 in April. It has not been lower since late 2009. 2009!

This seemed to reflect cautious inventory policies and continued concern about the economic environment for at least the next several months.

Meanwhile, at home, business investment for the March quarter was disappointing. Capital expenditure on buildings, equipment, plant and machinery was down 5.2%, seasonally adjusted, from the previous three months, leaving it down 15.4% year-on-year. The fall was also worse than the 3.5% drop expected.

This was driven largely by the mining and manufacturing sectors (down 12% and 10% respectively). Although the mining contraction is to be expected, the manufacturing number is concerning, as is the result relative to expectations.

One might be tempted to say, then, that there is a sluggish recovery both in the US and Australia. But perhaps it’s not a recovery at all. Perhaps this is the new, secular stagnation, normal where productive investment opportunities are hard to find across advanced economies.

The US Federal Reserve meeting on Friday night Australian time will provide some clues as to their thinking. They announced late last year a suite of projected rate rises over 2016, but after a 25 basis points movement have abruptly stopped in the face of the obviously weak economy.

Markets are still predicting a robust tightening cycle later this year, so any contrary signs will be very informative.

We also learned something about Australian monetary policy this week. Speaking for the first time since the May cut in the cash rate to 1.75%, RBA Governor Glenn Stevens essentially suggested that more cuts were coming.

Asked about the RBA’s commitment to it’s inflation-targeting regime that aims to keep inflation generally between 2% and 3%, Stevens said: “It’s the best monetary policy framework we’ve ever had.”

I agree with him. When central banks can credibly commit to an inflation target they can avoid the kind of inflationary spirals that were common in the 1970s.

But by saying that unemployment and growth were about on forecast, the unmistakable implication was more cuts to the cash rate are to come. Markets certainly thought so – the Australian dollar fell sharply duringthe remarks.

All the evidence is that the global economy remains anaemic and that, along with deflationary pressures, there is little upward pressure on interest rates.