There are signs our frothy housing market, combined with rising interest rates, could have serious consequences for our economy, writes Richard Holden. 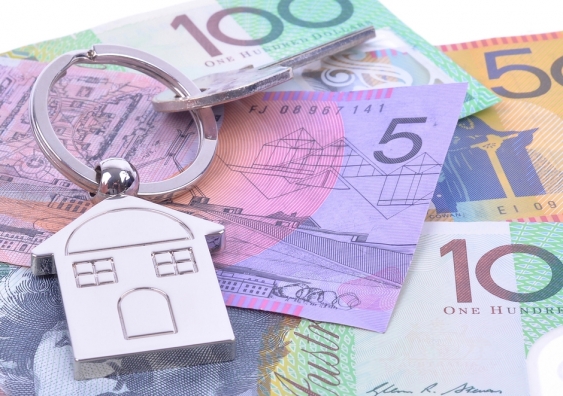 This week: the big banks front a parliamentary review but remain blinkered on the risks of the many interest-only loans they’ve funded.

I’m not normally a fan of parliament hauling private sector executives before them and asking thorny questions. But when the Australian House of Representatives did so this week with the big banks it was both useful and instructive.

And, to be perfectly frank, terrifying.

Let’s start with Westpac CEO Brian Hartzer. First, he confirmed the little-known but startling fact that half of his A$400 billion home loan book consists of interest-only mortgages.

Hartzer went on to make the banal statement: “we don’t lend to people who can’t pay it back. It doesn’t make sense for us to do so.”

So did it make sense for all those American mortgage lenders to lend to people on adjustable rates, teaser rates, low-doc loans, no-doc loans etc. before the global financial crisis?

Of course not. The point is that banks are not some benevolent, unitary actor taking care of their own money. There are top managers like Harzter acting on behalf of shareholders. Those top managers delegate authority to lower-level managers, who are given incentives to write lots of mortgages. And, as we know, the incentives of those who make the loans are not necessarily aligned with those of the shareholders. Those folks may well want to make loans to people who can’t pay them back as long as they get a big payday in the short term.

ANZ CEO Shayne Elliot repeated Hartzer’s mantra, saying: “It’s not in our interest to lend money to people who can’t afford to repay.” Recall, this is the man who on ABC’s Four Corners said that home loans weren’t risky because they were all uncorrelated risks (the chances that one loan defaults does not affect the chances of others defaulting). That is a comment that is either staggeringly stupid or completely disingenuous.

Messers Harzter and Elliot must take us all for suckers. They have made a huge amount of interest-only loans, at historically low interest rates, to buyers in a frothy housing market, who spend a large chunk of their income on interest payments. This certainly looks troubling. It may not be US sub-prime, but it could be ugly. Very ugly.

To put it in context, there appears to be in the neighbourhood of A$1 trillion of interest-only loans on the books of Australian banks. I say “appears to be” because reporting requirements are so lax it’s hard to know for sure, except when CEOs cough up the ball, like this week.

The big lesson of the US mortgage meltdown is that the risks on these mortgages are all correlated. If a few people aren’t paying back an interest-only loan, that is a fair predictor that others won’t pay back their loans either. Yet it seems Australian banks are a decade behind the learning curve.

The Reserve Bank cautions that one-third of borrowers don’t have a month’s repayment buffer. And where are interest rates going to go from here? Up. It is just a question of when. And when that does happen - or when the interest-only period on loans (typically five years) rolls off and principal payments start having to be made - watch out.

We should all remember that the proximate cause of the US mortgage meltdown was borrowers with five-year adjustable-rate mortgages (ARMs) that had huge step-ups in repayments and needed to be refinanced to be serviceable. When the market couldn’t bear that refinancing, defaults went up. Then the collapse of US investment bank Bear Stearns, then Lehman, then Armageddon.

It’s one thing for borrowers to do silly things. When it becomes dangerous is when lenders not only facilitate that stupidity, but encourage it. That seems to be what has happened in Australia.

And APRA’s “crackdown” and the Reserve Bank’s warning may be far too little, way too late.

We might stumble though this. I hope we do. But if so, it will be because of dumb luck, not good institutional and regulatory design. And definitely not because of good corporate governance.

Whatever happens, we should learn those lessons.

Richard Holden is Professor of Economics and PLuS Alliance Fellow at UNSW .This article was originally published on The Conversation. Read the original article.