Opinion Vital Signs: Untaxing childcare is a bold idea that seems unfair, but might benefit us all

High income families could get up to $1,080 per year, others $618, but it could still be worthwhile. 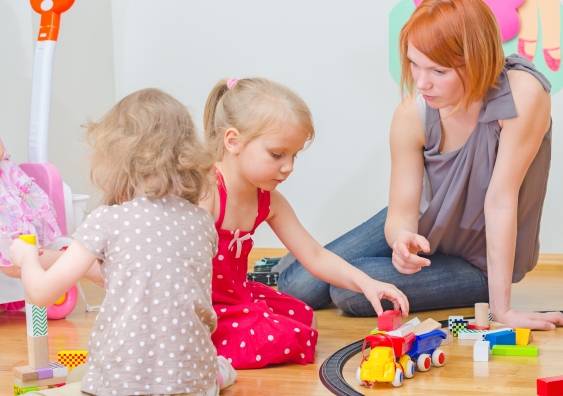 Win-win? No-one would be worse off under the UNSW childcare subsidy proposal. Over time it should pay for itself. Image from Shutterstock

It ensures high-quality care is provided to a large number of children, it is targeted through income-based subsidies, and it is attentive to the needs of disadvantaged children and families.

But it has significant weaknesses.

It is extremely complex, with four different rates of subsidy based on the type of care involved, six different income thresholds plus a sliding scale for how household income affects the subsidy, an annual cap of $10,373 per child for households earning more than $188,163, and an activity test to determine eligibility.

Worse, many families find it hard to get good childcare. Children are added to waiting lists from birth.

And, as the Productivity Commission and others have pointed out, the sliding income scale and caps can mean that a parents looking to expand their working hours from 3 days to 4 days a week can face effective marginal tax rates approaching 100%.

This is not a good way to give parents choice about whether to work inside or outside of the home. By restricting (mainly female) choice it restricts the potential size of the workforce.

And that, in turn, contributes to the gender pay gap. On average, women earn only 86% of what men do.

Time out of the workforce is one of the key reasons.

How to do it 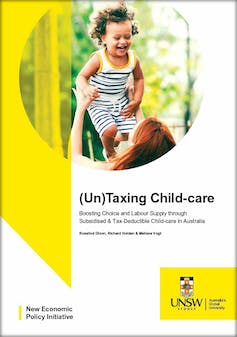 The money could be spent on centre-based childcare, home-based care, or a nanny.

In two-parent households that took advantage of it, each parent would be able to deduct 50% of the cost at their marginal rate up to the limit.

High earners would gain a lot…

Modelling of the plan by Ben Phillips of the Australian National University finds our policy would leave more than 205,000 households better off – one in five households with children. The ability to pick systems means none would be worse off.

The average couple with children would be $618 per year better off. Highest-earning households would benefit the most, with an average benefit for the top fifth of $1,080 per year.

But the benefit for the second bottom fifth would also be high, at $626 per year, adding 1.9% to their disposable incomes.

Objections will include the skew of benefits toward higher earners, an initial hit to budget of $608 million per year, and the possibility that the deduction will allow private providers to push up prices.

…but the economy would gain the most

Against them needs to be set the boost in the size of the potential workforce big enough to make the budget cost pay for itself, and an increase in the options available to parents considering returning to work.

We estimate that if half of all eligible households took up the tax deduction option the economic benefit from additional work would amount to $3.9 billion per year, which is about the output of the entire Australian dairy industry.

The hybrid nature of our proposal means that low earners who stayed on the existing scheme would be no worse off.

But the economy would be more vibrant, skills that have been built up would be retained and enhanced, and the gender pay gap could narrow.