The US economy is looking healthy, but in Australia there’s only so much monetary stimulus can do when it comes to low inflation, writes Richard Holden. 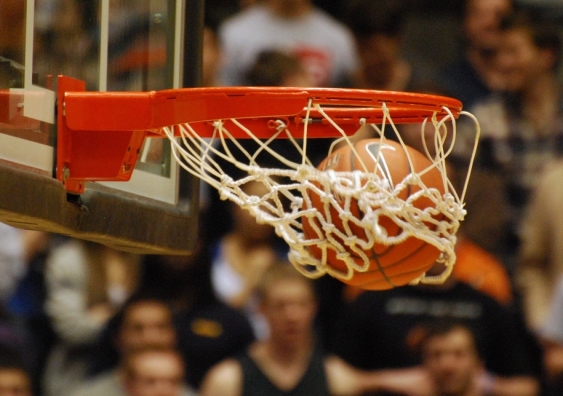 This week: The US economy is looking healthy, but in Australia it’s a different story as departing RBA governor Glenn Stevens warns the federal government there’s only so much monetary stimulus can do when it comes to low inflation.

It’s starting to look more and more like a tale of two economies. The United States seems to be really bouncing back, while the Australian economy sputters.

Late last week US time, the Bureau of Labor Statistics reported that the US economy had added a healthy 255,000 jobs in July, with unemployment at 4.9% and average weekly earnings up 2.3% over the last 12 months. All this points to a recovery that is gaining momentum and a likely 25 basis point rate hike by the US Federal Reserve at one of its next two meetings.

The news is not so good in Australia.

There’s concern about what the Reserve Bank of Australia’s (RBA) latest rate cut to 1.5% signals about the economy. The RBA reportedly has been working out what a large-scale bond-buying program (so-called “quantitative easing”) would look like. And incoming governor Philip Lowe says that once the cash rate hits 1.0%, quantitative easing is the only effective monetary policy tool available.

Meanwhile, outgoing governor Glenn Stevens took the opportunity in his last official speech to highlight the importance of fiscal policy.

He distinguished between “good debt” and “bad debt”, between government borrowing that funds productive investments compared to that which funds recurrent spending, saying:

“Let me be clear that I am not advocating an increase in deficit financing of day-to-day government spending. The case for governments being prepared to borrow for the right investment assets – long-lived assets that yield an economic return – does not extend to borrowing to pay pensions, welfare and routine government expenses, other than under the most exceptional circumstances.

“It remains the case that, over time, the gap in the recurrent budget has to be closed, because rising public debt that is not held against assets will start to be a material problem.”

I couldn’t have put it better myself. Oh, wait, I did, here, here and here.

In any event, the prospect of quantitative easing and the seeming confirmation that Australia is suffering from “secular stagnation” might finally lead to a public debate about public investment in projects with high returns. Especially when the Commonwealth can borrow at historically low rates.

There is physical infrastructure – like roads, rail and the National Broadband Network – that needs modernising, and smart investments in education are also proven to deliver high returns.

Underlining the fragility of the Australian economy, in the NAB Business Survey confidence came in at +4 index points in July, down from +5 in June. Part of that is surely to do with the accommodating monetary policy from the RBA.

On the consumer side, there was less good news. The Westpac Consumer Sentiment Index dropped 3% in July, although just today the August figure showed a 2% increase. At best, consumer confidence is volatile.

Meanwhile, the Chinese economy remains a concern, with exports falling 4.4% in July and imports down fully 12.5% for the month. China’s growth continues to be relatively sluggish, with the June quarter figure of 6.7% the lowest since the financial crisis. We will get more news late Friday with industrial production numbers set to be released.

The Reserve Bank of New Zealand (RBNZ) cut interest rates 25 basis points this Thursday, taking the cash rate from 2.25% to 2%. The RBNZ also foreshadowed further cuts because of low inflation, saying: “Our current projections and assumptions indicate that further policy easing will be required to ensure that future inflation settles near the middle of the target range.”

As the 45th Australian Parliament sits late this month, it will do so against the backdrop of an Australian economy in dire need of a boost. With the RBA signalling that monetary policy is reaching its limit, it will be up to fiscal policy to do its job.

Yet with a wafer-thin majority in the house, and a Senate cross bench containing a significant number of economic populists who don’t believe in free trade or foreign investment, it will be a challenge for the government.

Richard Holden is a Professor of Economics at UNSW Australia. Vital Signs is his weekly column for The Conversation, which aims to contextualise economic events and cut through the noise of the data impacting global economies.

Vital Signs: don’t count your economic chickens before they hatch