Opinion Vital Signs: We'll never cut unemployment to 0%, but less than 4% should be our goal

A high unemployment rate isn't just bad for individuals without a job, and the costs aren't just financial. 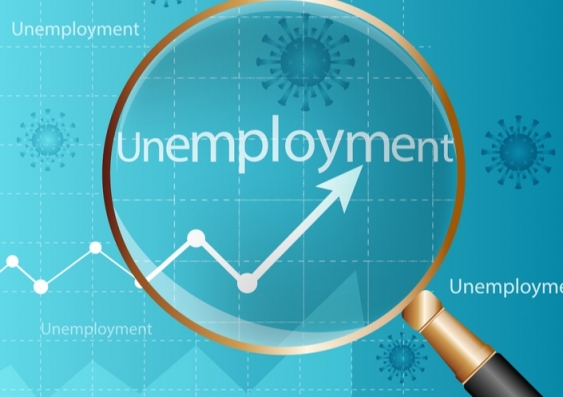 Australia is dealing with rising unemployment due to the coronavirus pandemic. Image from Shutterstock

One of the most concerning things that happens in any recession is the spike in unemployment. The COVID-19-induced recession in Australia and around the world is no exception – other than perhaps the magnitudes involved.

Being out of work is distressing, even in advanced economies with a social safety net (like Australia). Welfare payments rarely, if ever, replace the full loss of income from employment.

In many countries, such as the US, unemployment benefits expire after a certain period of time. This puts the unemployed at risk of being destitute. In Australia (and other countries) receiving unemployment benefits requires proving you are actively looking for work. These obligations can be quite onerous, even if well-intentioned.

Worse still, being unemployed can tilt the scales against an employer offering you a job.

As MIT and Harvard economists Robert Gibbons and Lawrence Katz noted in a landmark 1991 paper, if employers have some discretion over whom to lay off – as is often the case – the labour market will rationally infer that laid-off workers are less desirable employees.

High unemployment also leads to what economists call “labour-market scarring”. This means all those starting work in a bad labour market can suffer long-term economic effects. Either because they don’t get on the job ladder as early as they would have, or because they start off in a job that doesn’t build their skills as well as would have been the case in a strong economy.

These effects can be significant and are of particular concern during this pandemic, as University of Michigan economist Betsey Stevenson has pointed out in an excellent paper on how to mitigate those effects.

Finally, a job also has non-financial benefits. As US presidential candidate Joe Biden has rightly reminded us, a job is about more than a paycheque:

It’s about dignity. It’s about respect. It’s about being able to look your kid in the eye and say everything will be okay.

All of this points to why policy makers need to make low unemployment one of their core missions.

This involves central banks using monetary policy to reduce unemployment and smooth out the business cycle, and governments using fiscal policy to boost demand when it is flagging.

That said, there are two important imperfections in labour markets that make some amount of unemployment inevitable. The first is that employers and employees need to be matched together. This involves workers searching for the right job – a process that takes time.

As Peter Diamond, awarded the 2010 Nobel prize in economics for his pioneering work on “search theory”, has observed:

We have all visited several stores to check prices and/or to find the right item or the right size. Similarly, it can take time and effort for a worker to find a suitable job with suitable pay, and for employers to receive and evaluate applications for job openings.

Indeed, searching for better matches between employers and employees is an important contributor to labour market efficiency. As Diamond noted, in the US on average 2.6% of employed workers have a different employer a month later. Some people spending some time unemployed is part of a healthy labour market.

A second important friction was pointed out by another Nobel laureate, Joseph Stiglitz (joint winner of the economics prize in 2001 for his work on asymmetric information).

That is, employers might not want to pay their workers the bare minimum they can get away with. Paying above market – what is called an “efficiency wage” – can induce workers to work harder and more efficiently, because the prospect of losing their job is even more painful.

Another way to think about this was offered by George Akerlof (co-winner of the 2001 Nobel economics prize with Stiglitz and A. Michael Spence).

Akerlof brought insights from sociology into economics by viewing the contract between employers and employees as, at least in part, about “gift exchange”. As he put it:

According to this view, some firms willingly pay workers in excess of the market-clearing wage; in return they expect workers to supply more effort than they would if equivalent jobs could be readily obtained (as is the case if wages are just at market clearing).

What is ‘full employment’?

These frictions in the labour market mean full employment, practically speaking, is not zero. It’s almost surely not 1% or 2%, either. The level depends, in part, on how brutal we are willing to make being unemployed. It also depends on the level of the minimum wage.

I, for one, am glad Australia does not cut off unemployment benefits after 16 weeks (as in the US state of Arkansas) and consign the jobless to abject poverty. I’m also glad Australia’s national minimum hourly wage is A$19.84 (about US$14) – double the US federal minimum of US$7.25.

Does that make unemployment higher here than in countries that take a harsher approach? It does. But it also makes us a more compassionate and empathetic society that takes human dignity seriously.

So when federal Treasurer Josh Frydenberg said a few weeks ago that once Australia’s unemployment rate is “comfortably below 6%” the task of “budget repair” should begin, I gasped.

Because of the labour market frictions mentioned above, and our approach to unemployment benefits, it’s going to be hard to get unemployment much below that in Australia.

But the idea we should tolerate unemployment of, say, 5.5% in normal times is, frankly, intolerable. Monetary and fiscal authorities should use all the firepower at their disposal to avoid that outcome.