Opinion We should all beware a resurgent financial sector

The finance sector is coming back strong after the GFC. This time, we need to make sure it is a force for good, writes Usman W. Chohan. 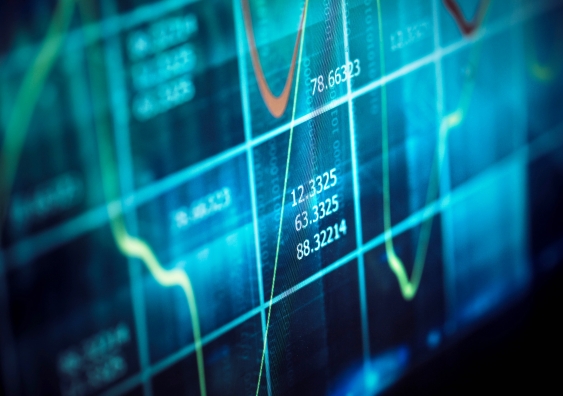 OPINION: Around the world, the financial sector is resurgent and is concocting new financial instruments and markets in which to trade them. In Australia the market for some financial securities has quintupled in only a year, encouraged by the Australian Prudential Regulation Authority (APRA).

This is similar to what we saw in the years preceding the global financial crisis (GFC). In those days, the financial industry came up with exotic things to trade like credit default swaps (CDS) – essentially gigantic insurance policies, and mortgage backed securities – bundles of mortgages.

The wider economy saw little benefit from these fancy securities and trading. But the massive expansion of credit and speculation distorted the market, and, combined with little regulatory oversight, helped bring on the GFC.

So as this process of financialisation gathers steam again, we should question the benefits for society at large. There are two broad objectives to balance. Capital markets can support economic growth, but we need a well-regulated and transparent financial sector that brings benefits to society overall. Especially if the underlying economy starts to turn.

Banks are rewinding the clock

Resurgent financialisation in Australia is a trend that goes back several years. In 2013, A$26 billion worth of mortgage backed securities were sold in Australia. This was the most in the entire world at the time. And it hasn’t fallen away much since then. As in the years before 2008, this is dangerous. It exposes the entire financial system to household mortgages. If house prices go down the entire system could be affected.

Meanwhile, the financial dysfunction that existed pre-2008 is also reappearing in other countries. In the United States, so-called “subprime lending” – making loans to people with sub-par credit, is back with a vengeance. Even the US Federal Reserve has warned of a new ticking time bomb of subprime loans.

As banks are creating these instruments, profits are at record highs. But as with the period preceding the GFC, most of the benefit is confined to the financial sector. Firms are creating ever more complex financial instruments which are not being realised in the real economy as increased loans or funding for businesses.

Much of the wealth created by financialisation before 2008 existed nowhere except in documents held by the financial intermediaries themselves. This mutually reinforcing illusion of wealth collapsed everywhere simultaneously because there was scant underlying justification for their inflated values. The GFC wiped out nearly US$7 trillion of this paper wealth.

But the damage to the real economy was greater – lost industrial output, job losses, stalled economic activity and so forth. According to the US Government Accountability Office, total losses exceeded US$10 trillion. And this is why we need to keep an eye on it all.

The fundamentals are starting to look bad

Just as before the GFC, some of what underpins this financialisation is starting to become undone. Australians are falling behind on their mortgage payments. This is in part because wage increases have not kept up with house price increases.

Cases of mortgage distress are rising sharply in the country, while there is a rise in non-conforming loans – loans that don’t abide by conventional lending criteria. Further, even Australia is seeing a rise in the rate of subprime lending.

Clearly, these factors in conjunction do not bode well for a financial system with a large mortgage-backed securities market. And that’s before we even factor in real estate prices at bubble-level valuations.

The larger purpose of resurgent financialisation in the world, and not least in Australia, should be to cultivate deep financial markets that allocate capital to causes that are both profitable and socially acceptable - all while being subject to appropriate oversight.

The public should insist on robust accountability, tempered expansion of the market, and an emphasis on distributing the gains of financial securitisation to the broader society.

Greater accountability of big finance will require a multifaceted approach. First, financial regulators will need to exercise independence and be forthright in their admonition of risky financial practices.

Third, a closer inspection of the revolving door that exists between big finance and politics will be necessary.

Fourth, we need to ensure that no financial institution becomes “too big to fail”. It may be time to question whether such behemoths are necessary and whether their enormous power provides any significant benefit to society at large.

Without such insistence for accountability, we may repeat the financial follies of the very recent past. The global financial crisis was not as unique as we might think. To have the same crisis repeat ten years apart, driven by the same trends in financialisation and securitisation without adequate accountability or oversight, would be a truly crippling verdict on modern capitalism.

This article was originally published on The Conversation and can be republished for free, online or in print, under Creative Commons licence. See the republishing guidelines. Read the original article.

Martin Shkreli and the outrage of inequality

What do shareholders really value?