The launch of the national payments platform means that Australia could realistically be cash free by 2020 if it wanted to be, writes Richard Holden. 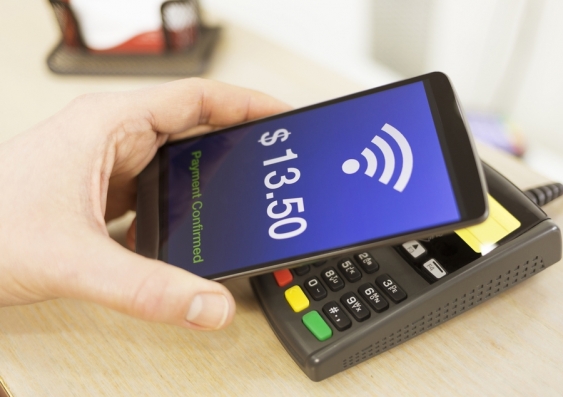 OPINION: In 2017 we heard a lot about how rapidly advancing technology was going to destroy a huge chunk of jobs: from bus drivers and postal workers to lawyers and accountants. The eminences of Silicon Valley raised the possibility of societal breakdown without a "robot tax" (Bill Gates) or a Universal Basic Income (Peter Thiel and Marc Andreessen).

This raises a host of deep and challenging questions about adapting to disruptive technologies.

But what if I told you that a technology about to launch in Australia could generate more than $5 billion in free tax revenue for the Commonwealth, make a segment of Australians pay their fair share of tax, combat organised crime, and reduce checkout lines at the supermarket? The New Payments Platform (NPP) – supported by the RBA and 12 other founding financial institutions, and which initially connects more than 50 banks, credit unions, and building societies –  will make cheap, secure, 24/7/365 instantaneous payments a reality. It's already live for employees of the participating financial institutions and will roll out to the rest of us soon.

Here's how it works. You get a PaylD, which could be a mobile phone number, email address, or ABN. Link that to your bank account and you can make and receive payments through your online banking app, BPAY's "Osko", or other new apps that will take advantage of the platform. No delays, no issues about weekends and public holidays, no waiting, no BSB numbers. You can buy a beer with it, split a restaurant bill, send your niece some cash for her birthday, pay your electricity bill. Anything.

In short, it is the decisive step that makes a completely cashless Australia possible. And it could be done by 31 December, 2020. Here's how:

First, the government could abolish the $100 bill by the end of 2018. That's plenty of time for people holding such bills to deposit them at a bank That represents about 46% of the $73.6 billion of outstanding Australian banknotes. 2019 could be the year retirement year for the $50 bill. That's another 47% gone. In 2020 we can mop up the small change.

It's not really different from Opal and similar cards used for public transport. Parents ought to love the digital paper trail about what their children are spending money on, too.

This transition would allow ample time for consumers and businesses to adjust to the new regime. In many ways it's just the logical extension of an economy that already relies heavily on electronic payments – from tap-and-go, to BPAY, to Apple Pay.

It would be important to make sure that two groups, in particular, were taken care of: younger and older Australians. Although more than 56% of Australians have a smartphone, and even more have some kind of mobile device, obviously not everyone does. Tapping a debit card would work for most transactions that currently use cash, but for any older Australian without a debit card it would be easy for them to be provided with one either through their financial institution, or even by adapting the pensioner card to have chip technology if that was deemed necessary.

For kids, cash still retains a certain allure, and degree of necessity. Having said that, a large number of school canteens have gone largely or totally cashless in recent years. Still others allow for a transaction-limited tap card. It would be easy to provide kids with a free card that parents could pre-load funds on to. And any older child with a phone would be all set in any event. It's not really different from Opal and similar cards used for public transport. Parents ought to love the digital paper trail about what their children are spending money on, too.

Of course, there would be losers from this change. Drug dealers and other criminals, people who sell cigarettes to minors, they would all feel the pinch. So too would some small business people who take cash off the books and don't pay GST or income tax on a chunk of their incomes. Participants in the black economy differ in the degree of their moral culpability, but it's hard to have much sympathy for any of them.

We're already going after these folks anyway, as evidenced by the ATO's recently announced "data-matching blitz" on cleaning and courier businesses. A cashless Australia would make ATO Commissioner Chris Jordan's job a whole lot easier, and cheaper to do.

A comparatively inefficient and more expensive technology in China, WeChat Pay, has led to $US9 trillion ($11.3 trillion) in annual mobile payments there, rivalling the $US13 trillion of cash transactions. Even beggars in Beijing have QR codes and use WeChat Pay. Cash is quickly becoming a thing of the past, and Australia is well positioned to show how it can be phased out altogether.

Most public policy involves trade offs and hard choices. Becoming a cashless society by 2020 just requires careful and competent execution. It's a no brainer.

Richard Holden is a professor of economics at UNSW Business School.

Why a cashless society is coming