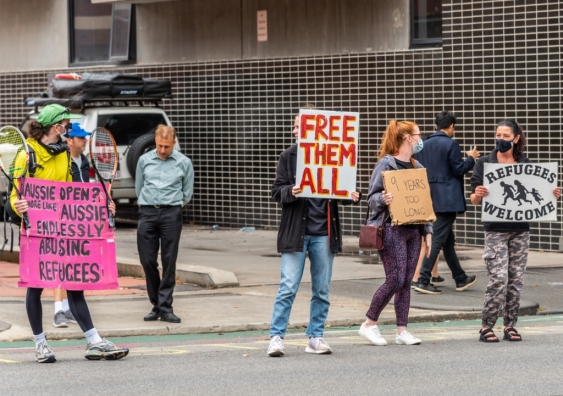 A few weeks ago, the whole world watched on as tennis player Novak Djokovic fought to stay in Australia for a chance to play at the Australian Open, while unvaccinated. It was only after the Federal Court upheld the Minister for Immigration’s decision to cancel his visa that Djokovic left Australia.

His brief stay in a Melbourne detention hotel cast a light on the struggles of dozens of refugees and asylum seekers who have been locked up for months – some years. The Australian public took notice and the story grabbed international attention. But will anything change?

What laws can allow the minister to cancel a visa?

To cancel Djokovic’s visa, the Minister for Immigration Alex Hawke used his personal powers under section 133C of the Migration Act. But the minister’s personal powers are not limited to this section of the law.

There are many other visa cancellation powers under the Migration Act that the minister can use, says migration and refugee law expert Dr Chantal Marie-Jeanne Bostock.

“The minister made the decision to cancel Djokovic’s visa on grounds including risk to good order and public interest. In terms of understanding what ‘good order’ means, the minister relied on previous judicial authority that it involved an element of risk that the person's presence in Australia might be disruptive to the proper administration, or observance of the law in Australia, or might create difficulties or public disruption in relation to the values balance and equilibrium of Australian society,” Dr Bostock says.

The term ‘good order’ has been broadly used, and this is not dissimilar to other visa cancellation powers which can be equally as broad.

There is also section 501 of the Migration Act which grants the minister cancellation powers. “Section 501 essentially relates to a minister’s criminal deportation visa cancellation powers. This section has been amended many times to reflect a very strong stance on residents who commit crimes,” Dr Bostock says.

So, whilst Djokovic was denied a visa under section 133C of the Migration Act, many others have also been deported under section 501.

“Although, it doesn't necessarily have to be criminal, as section 501 can encompass things like general conduct. But it's frequently used to cancel the visas of people who have committed crimes in Australia,” Dr Bostock says.

How has the Djokovic case impacted detained refugees in Australia?

While waiting for the outcome of his visa, Djokovic stayed at an immigration detention hotel in Melbourne where detained refugees are staying. Some of them have been there almost nine years.

This raised a question for many – why hasn’t the Minister for Immigration used his personal powers to give refugees a chance at a better life in Australia? Why detain them in a confined space indefinitely?

Senior Research Associate at the Andrew & Renata Kaldor Centre for International Refugee Law, Dr Sangeetha Pillai says that Djokovic’s legal case has shone a light on things that can be opaque even to those who work in the refugee space.

“It provided a rare glimpse into how interviews and visa cancellations are conducted at the airport before a person has access to legal advice. In the case of some asylum seekers, similar processes have led to turnbacks at the border, without an opportunity to ever receive legal advice,” Dr Pillai says. 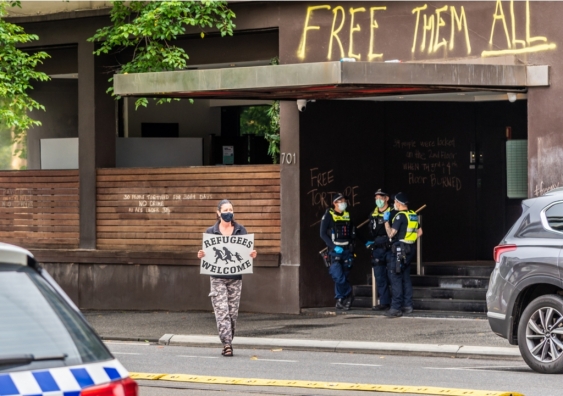 For many, the Djokovic case was the first time they were exposed to the regular workings of the Migration Act and Australia’s migration system. Photo: Shutterstock

“We’ve had asylum seekers and refugees in hotel detention and other ongoing detention for a long time, but hotel detention in particular wasn’t really in the spotlight until Djokovic was sent there.

“And the Minister for Home Affairs and Minister for Immigration have extremely broad personal powers that are exercised regularly, but most people weren’t really aware of this until those powers were used to cancel Djokovic’s visa for a second time,” Dr Pillai says.

What can be done to improve Australia’s current refugee program?

Australia has some of the toughest immigration policies in the world. In this respect, the Kaldor Centre has developed the Kaldor Centre Principles for Australian Refugee Policy, which are evidence-based principles on what works in terms of managing refugee flows.

“The Kaldor Centre Principles for Refugee Policy sets out seven principles that would lead to a fairer, more humane and more sustainable refugee program, as well as concrete examples for how these principles could be implemented,” Dr Pillai says.

“The Principles are grounded in evidence-based research and draw on international law and practices that have been implemented successfully in other countries and in Australia’s past. They’re designed to be an aid to policymakers in this area.”

Dr Bostock says Kaldor’s Principles provide a sound framework and reasons as to why Australia should be rethinking its refugee policy.

A key point from the policy is how “people seeking asylum should not be detained except where absolutely necessary for a brief initial period for registration, documentation, health and security checks”.

There is a whole range of things that would create a more humane situation for people seeking asylum, Dr Pillai says.

“Ending Australia’s policy of turning back boats on the high seas before people seeking asylum have the opportunity to make protection claims, ensuring that asylum claims are processed in Australia rather than offshore, granting asylum seekers dignified living conditions and working rights while processing is underway, and providing permanent rather than temporary protection and equal rights for all recognised refugees” are ways that Australia could make the process easier for asylum seekers.

These options would provide a fairer deal for people seeking asylum and would also have the added bonus of reducing heavy expenditure and benefiting the Australian economy, Dr Pillai says.

Can the three-year ban be removed if Djokovic is vaccinated?

Djokovic is reportedly set to make a backflip by getting a COVID-19 vaccination to compete in future tournaments. But whether Australia will remove the three-year ban if he is vaccinated is yet to be determined.

Djokovic’s legal case has brought to the forefront the fact that the Ministers for Home Affairs and Immigration have significantly wide visa cancellation powers which can be used at their own discretion.

Having broad powers means that the law is very wide and can cover different forms of action, says Dr Bostock. It is therefore possible for the ban to be removed as the law itself is quite broad.

“The law essentially provides that when the Minister is satisfied in a particular case – and there are ‘compelling circumstances’ that affect the interests of Australia – then it justifies the granting of a visa. If this is the case for Djokovic, then the three-year period can be waived,” she says.

However, it is yet to be determined what ‘compelling circumstances’ consists of.