Opinion What can we learn from Korean free trade deals? 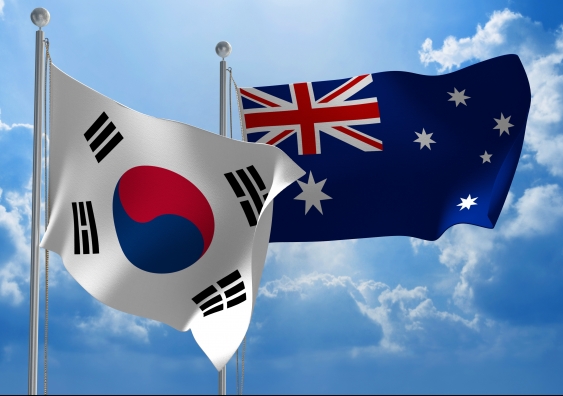 ​Australia’s blood orange growers are feeling optimistic. They hope that a free trade agreement (FTA) between Australia and South Korea will open a new market for them in the northern Asian nation.

As part of the FTA, Korea announced in late April that it would allow blood oranges access to its markets. Previously Valencias and Navels were the only Australian-grown orange varieties approved for import by South Korea’s Animal and Plant Quarantine Agency.

“With the significantly lower tariff we have had strong enquiries about our blood oranges this year,” Riverina grower Vito Mancini says in an industry newsletter.

It’s typical of the optimism many manufacturers and farmers pin to free trade agreements. But research by Sang-Wook (Stanley) Cho, a senior lecturer in the school of economics at UNSW Business School, suggests the benefits do not always flow so evenly.

Free trade agreements increase trade between the countries that sign them, but it’s not always clear exactly which goods and services benefit the most. Do FTAs have the effect of increasing trade in goods that are already widely traded between the FTA nations or do they introduce new goods into the mix?

Cho searched for answers by analysing the trade mix of South Korea after it signed a range of FTAs. The study looks at the period from 1995 to 2013, so does not include the FTA Australia and Korea signed in January.

“As these bilateral trade agreements entailed elimination of tariffs and other behind-the-border barriers that impede the flow of goods and services, FTAs provided a new potential for growth in trade for Korea and its trade partners,” Cho writes in his paper, Do free trade agreements increase the new goods margin? Evidence from Korea​.

“The increase in trade not only implied growth in the trade of goods that were already being traded, but also implied new trading opportunities for goods that had not been traded before, or non-traded goods.”

To discover the extent to which FTAs paved the way for an increase in sales of non-traded goods or little-traded goods, Cho examined what happened to the collection of goods that made up the bottom 10% of trade before the FTA was signed. He found that results were different for imports and for exports.

The goods which made up the bottom 10% of imports to Korea in 1995 accounted for around 31% of imports to the country in 2013, Cho found. This suggests Korean consumers were getting access to a wider range of imported goods.

Take wine, says Cho. Tariffs on wine imports into South Korea used to be very high, but were dropped in a free trade agreement with Chile.

“There was a huge flow of affordable Chilean wine into Korean markets,” he says.

“That’s an indication of how this free trade agreement led to the import of previously non-imported goods which provides more variety of choices for consumers.”

This is, in fact, the reason why Korean consumers started buying goods they hadn’t previously bought – because FTAs removed tariff rates which had previously made them too expensive. Cho’s research reveals that tariff barriers were generally highest on those least-traded items.​

For Korean exports to countries with which it has signed FTAs, the share of the least-traded 10% of goods in 1995 rose less, to 26% of total exports in 2013.

Interestingly, the share of least-traded goods to the US, China and Japan rose more, to 33%, during the same period – and yet Korea did not have an FTA with any of those nations at the time of the study.

It calls into question how much the FTAs themselves helped increase the exports of the least-traded goods.

There are a couple of possible explanations, says Cho. One may be that the US, China and Japan are very large markets to start with. Perhaps their size means there is more demand for a wider range of goods.

Another possible factor is in Korea’s mix of exports – due to its industrial structure the country mainly exports cars and electronic goods such as televisions and cellphones.

“It’s not like Korea will start exporting sheep or dairy products because the entry barriers have been removed,” says Cho.

Nathan Gray, who advises governments, industries and companies on the practical applications of free trade agreements, explains how this will play out in the context of Australia’s FTA with Korea.

Korea already exports cars to Australia, but under the FTA, tariffs will be reduced, making them more price competitive and likely increasing sales.

“If you look at the price of a Hyundai or a Kia you’ll find that prices won’t be going up. They’ll be stabilising, [and] there will be a lot more promotions,” says Gray, a managing partner at export consultancy Asia Australis.

Gray notes that Korea has traditionally had high tariff rates as well as non-tariff barriers to entry. Potatoes, for instance, attract a 300% tariff. But as a result of FTAs with Australia and the US, the tariff rates have been dramatically reduced during each nation’s supply window.

Tariffs on Australian potatoes were only dropped this year, but have been lower for US produce from 2012 and as a result Korean imports of US tubers have more than doubled during recent years.Australia already has a very diversified set of exports, from food and seafood and wine, to hard commodities, manufactured products and even cars, thanks in part to our geographic isolation, which meant in the past the country had to be more self-sufficient and so built up a wide range of capabilities, says Gray.

While tariff rates attract attention when free trade agreements hit the news, non-tariff barriers are just ​​as significant, says Gray. These include quotas, levies, embargoes, sanctions and other restrictions, and are frequently used to limit imports.

These have been left out of many FTAs, but Gray says some of these issues will be addressed in the Trans Pacific Partnership agreement involving 12 Pacific Rim nations, though notably not China or South Korea.

Cho says he doesn’t expect the results he found for Korea would necessarily be replicated in other economies.

“One thing that we know is free trade agreements provide new trading opportunities. In Korea, it was more in terms of imports than for exports. But, for other countries, things are different,” he says.

For instance, in some eastern European nations that joined the European Union in 2004, exports of the least-traded goods shot up from 10% to more than 50% or 60% of total exports to countries such as Germany and the UK. Cho is presently looking at why the rise was so large.

The research also has implications for Australian governments and policy-makers as they negotiate more free trade agreements, he says.

“By looking at Australia’s past free-trade agreements with other countries, it will give some indication of which sectors or which products increased more than other sectors," says Cho.

“And it will also help policy-makers to follow up on measures that are conducive to promoting exports to new markets and provide better information to exporters that are contemplating whether to export or not in a new market.”

This article was first published in BusinessThink, produced by the UNSW Business School.

Know the field when taking a punt on exporting