These are our most-read business and law stories of 2020. 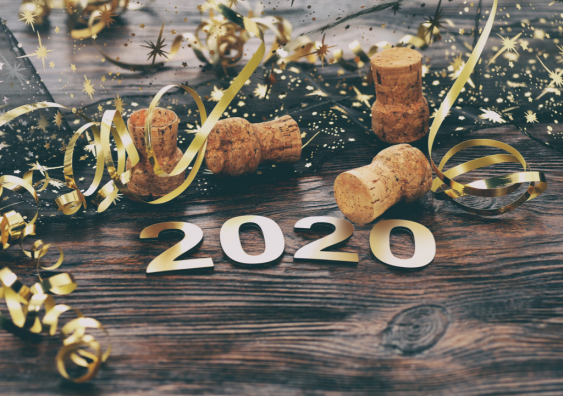 We’re finally on the home stretch of 2020. Let’s just say it was (insert word we have used 100 times this year) unprecedented. But something we do have certainty over is this year’s top stories from UNSW Sydney’s Business and Law faculties.

In law, the top stories revolved around one re-occurring trend: the judicial system. This included a story discussing one of the biggest trials in Australia’s history.

See why these are our readers’ top picks:

Opinion: George Pell appeal: Did the jury fail to recognise evidence that established a reasonable doubt? 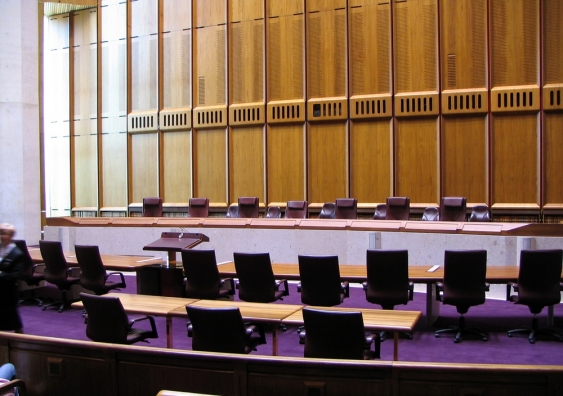 The role of the High Court is to ensure no conviction is based on an unreasonable verdict. A room in the High Court of Australia. Photo: Shutterstock

This opinion piece looks at one of the biggest court cases. Jill Hunter, Professor in the Faculty of Law at UNSW Sydney, considers the key question before the High Court: was the jury’s verdict unreasonable in the case against the Cardinal?

Prof. Hunter breaks down the role of jury trials in one of the biggest trials in Australian history, which rocked the Catholic Church, where Mr George Pell was one of the Pope’s most senior advisors.

"The key question before the High Court is, putting aside that the jury found Complainant A a credible witness, did the majority fail to recognise that there was evidence that established a reasonable doubt?" she asks.

"If the jury did fail to recognise such evidence, it could not find the cardinal guilty of the five offences. There is a mountain of highly contested factual and legal detail involved in responding to this question. The Victorian Court’s judgments are book-length – more than 240 pages. That Court, like the High Court Justices, had to digest nearly 10 times that amount of trial transcript, some 2000 pages," she says. 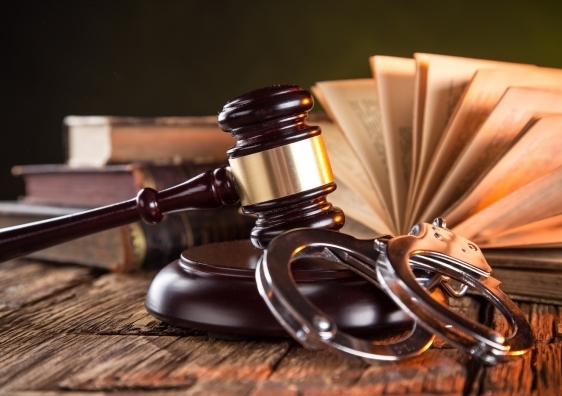 There are a number of assumptions that underlie deterrence. Photo: Shutterstock.

In this story, UNSW Law Emeritus Professor David Brown explains why deterrence is sentencing’s dirty secret. He considers how to deter would-be criminals by instilling doubt or fear of the consequences is more tale than truth.

“Deterrence is very largely an article of faith,” says Prof. Brown. “I call it sentencing’s dirty secret because it’s just assumed that there is deterrence… but what the research shows is that the system has little to no deterrent effect.”

The criminal justice researcher says harsher punishments, such as longer prison sentences, not only do not prevent crime but may have the opposite effect.

“What research is increasingly showing is that imprisonment itself and punishment more generally is actually criminogenic – it makes it more likely that people are going to re-offend,” he says. 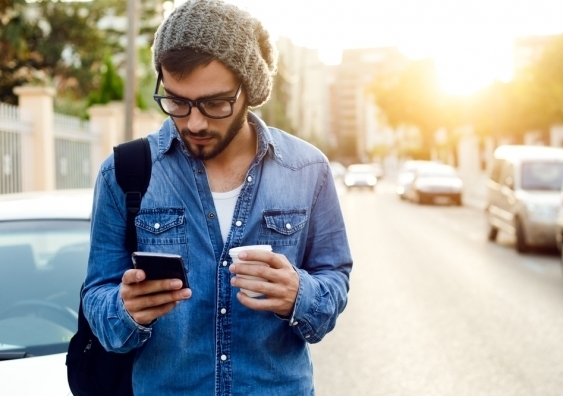 In this opinion piece, UNSW Professor of Law and Information Systems Graham Greenleaf discusses the controversial COVID-19 contact tracing apps, and the many complexities behind them.

While there is a range of privacy dangers to consider, a significant issue is also when voluntary becomes de facto compulsory. "Another example would be if employers were to insist that any employees coming back to work have the app installed on their phone, in order to protect co-workers or customers. Universities and schools might do likewise as a condition of attendance. Public events, and even restaurants, might make it a condition of entry. Those who don’t like it would be told they can stay home.

"These are all examples of what is called ‘pseudo-voluntary’ compliance (initially in relation to the Australia Card). By such means, a supposedly voluntary form of surveillance becomes de facto compulsory," he says.

“The success of Australia’s coronavirus responses has been substantial because of public trust that very difficult restrictions and sacrifices called for by governments have been necessary. Governments now need to trust the continuation of public goodwill by demonstrating that its proposed contact tracing app is necessary and proportionate to Australia’s current situation, and if it is, by enacting comprehensive legal guarantees that its use is voluntary as promised," he concludes. 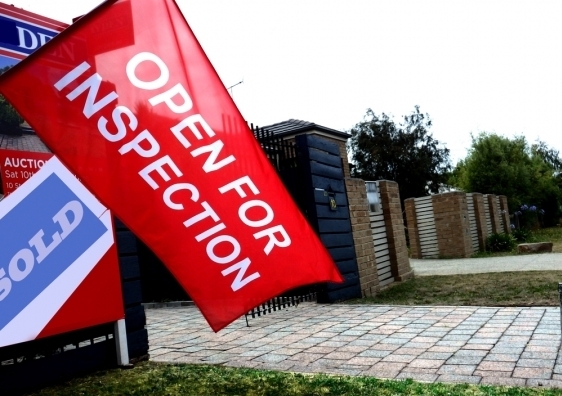 The housing market is expected to pull back due to the economic effects of coronavirus. Image from Shutterstock

It was one of the most Googled questions since the coronavirus and COVID-19 outbreak this year: how will coronavirus affect house prices?

“People, up until now, have been talking about the property market developing a bit of momentum, with the interest cuts we had last year and the easing in credit conditions. But coronavirus has changed the story for 2020,” he says.

Australia’s coronavirus bill: who does the government owe money to? 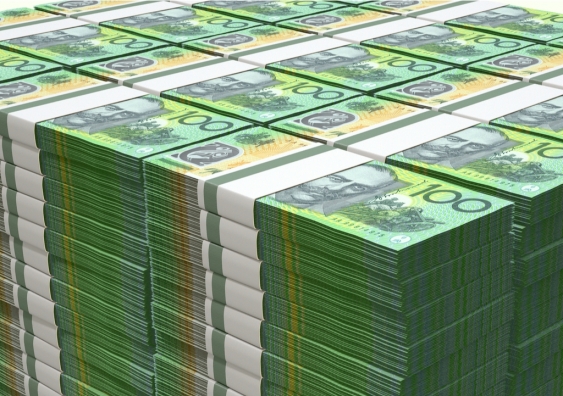 Government debt is denominated in Australian dollars so that the Australian government is not beholden to currency fluctuations nor does Australia bear inflation risk. Image: Shutterstock

Australia’s coronavirus deficit has been called ‘eye-watering’ and may take decades to pay back, but who exactly is Australia in debt to?

First, it is essential to understand how government debt works. In this story, Mark Humphery-Jenner, Associate Professor in the School of Banking & Finance at UNSW Business School, explains that the government borrows money by issuing treasuries, which can be short- and long-term. Investors buy these treasuries – effectively lending the government money in return for receiving the principal and interest back.

But as A/Prof. Humphery-Jenner explains precise details around the asset managers and hedge funds which buy Australian government bonds are often not forthcoming. Concerning the precise holders of government debt, there is little information on specific ownership and precise lenders.

But one thing is clear: how the government manages the economic recovery will be the key to ensuring younger generations don’t pay too high-a-price for managing the crisis. 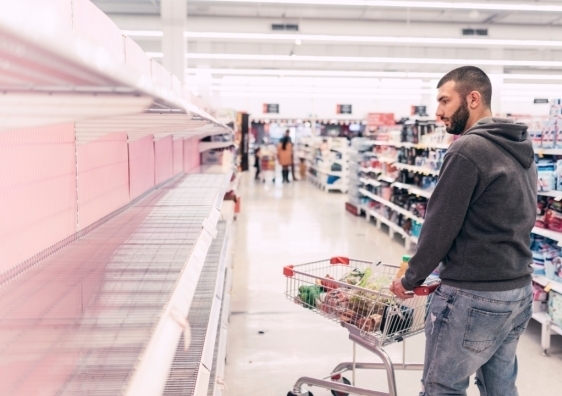 Supermarkets are re-introducing a purchase limit on toilet paper in Victoria to prevent stockpiling. Image: Shutterstock

Supermarket shelves were stripped once again with the second wave of panic buying. In this piece, Associate Professor of Marketing Nitika Garg from UNSW Business School explains why panic buying toilet paper seemed to be as infectious as the virus itself.

At the start of the pandemic, Woolworths Group CEO Brad Banducci released a statement confirming that the leading suppliers of toilet paper – namely Kleenex, Sorbent and Quilton – are all based locally with factories in South Australia, NSW, Victoria, Queensland and Western Australia.

So, a disruption in the supply chain was unlikely to be impacted by closed borders. Yet, people kept stockpiling ‘essentials’. Why?

“When people are panic buying, they are not thinking rationally or clearly. In the long run, they would try to remove themselves as far away as possible from anything that is remotely related to a negative association,” explains A/Prof. Garg.