Opinion What does ‘being Australian’ mean under the Constitution?

Recent national security proposals and the ongoing focus on asylum seekers have raised questions about what it means to be an Australian citizen, write Gabrielle Appleby and Sangeetha Pillai. 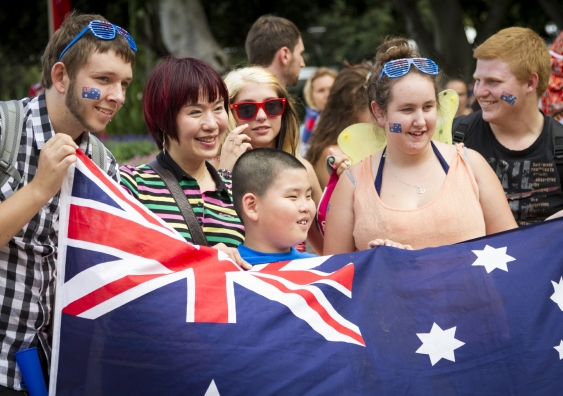 OPINION: Australians commonly regard citizenship as central to political life and identity. There is a public expectation that being an Australian citizen carries with it important rights and obligations.

Engagement in Australia’s political life as a citizen is an inherently constitutional concept. Yet the constitutional status, rights and obligations of Australian citizens are by no means clear. Australia’s Constitution is completely silent on the question of a national citizenship. Globally, this is quite unusual.

In contrast to its silence on citizenship, the Constitution expressly invests parliament with broad legislative powers over “aliens”, “immigration” and “the people of any race for whom it is deemed necessary to make special laws”. These powers have formed the basis for laws giving effect to the White Australia Policy and mandatory immigration detention.

Parliament has the power to determine who is eligible to be an Australian citizen and when citizenship can be lost.

However, there may be constitutional limits to this power. In a 2005 case, Justice McHugh said that parliament cannot:

… exclude from citizenship, those persons who are undoubtedly among “the people of the Commonwealth”.

The High Court has provided very little guidance about the basis on which a person might qualify as “undoubtedly among the people of the Commonwealth”. So far, the High Court has not had to determine this question – Australian citizenship legislation has been regarded as safely within constitutional bounds.

The grounds upon which a person may lose Australian citizenship are currently very limited. However, there have been several moves to expand these in the last six months. Most significantly, in February, Prime Minister Tony Abbott suggested that the government may move to significantly expand its powers to revoke the citizenship of dual citizens involved in foreign conflicts.

If such a law is passed, it could provide the basis for a constitutional challenge. This might require the High Court to determine the presently unanswered question of which Australians possess a citizenship that is constitutionally protected.

Right to participate in Australian democracy

Sections 7 and 24 of the Constitution require that “the people” of Australia choose their representatives in federal parliament. In a 2007 case, the High Court held that parliament could not remove the right of “the people” of Australia to vote without a “substantial reason”. Chief Justice Gleeson explained that voting is critical to democracy, participation in the life of the community and citizenship.

The Commonwealth Electoral Act excludes most non-citizens from voting. Generally, it requires that a person be an Australian citizen.

There is constitutional doubt about whether parliament could exclude from the franchise those holding dual citizenship simply based on that fact. Section 44(i) of the Constitution prohibits a person who is a citizen of a foreign power from being a federal MP.

Could parliament use a similar criterion to exclude dual nationals from voting? There would seem to be good reasons that a person holding public office and being a representative of Australia should not also have obligations to a foreign power through dual citizenship. This may conflict with their official responsibilities.

However, the same reason does not apply to excluding dual citizens from voting in Australian elections. Simply being a participant in the political community (as a voter) while holding a dual nationality does not bring with it the same possibility for conflict with official duties.

Right not to be detained as an alien

Australian citizens are also protected against the Commonwealth’s broad powers to deal with immigration and aliens. These include a wide power to detain aliens without a court order.

In a 1992 case, the High Court held that (with some limited exceptions) an Australian citizen cannot be involuntarily detained by the government unless a court has found them guilty of a criminal offence. The position is different for aliens. They may be detained for the purposes of deportation or processing and investigating a visa application, even if they have not committed any crime.

… violated the right of asylum seekers including children to be free from torture or cruel, inhuman or degrading treatment.

While detention of aliens under such conditions is certainly in breach of Australia’s international obligations, the High Court has repeatedly held that the circumstances and length of detention are not relevant to whether that detention is constitutional.

The question of who is an “alien” and therefore may be subject to detention under the aliens power is not constitutionally settled. The High Court has indicated that while parliament has discretion in determining who is an “alien”, some constitutional limits apply. A number of judges have also said that an “alien” is someone who owes obligations to a foreign sovereign power.

The facts of this case were unusual. It is likely that the High Court would distinguish this position from that of most dual citizens, who enjoy full Australian citizenship rights.

Another measure Abbott proposed in February was the suspension of privileges associated with citizenship – including the right to leave or return to Australia – for citizens who become involved with terrorism. However, there may be limits to parliament’s power to enact a law suspending citizenship privileges.

The proposed measure also raises the possibility that dual citizens who have their citizenship privileges suspended will lack “full” citizenship rights. Constitutionally, this might place them within the scope of the aliens power.

A number of questions about the constitutional status and protection of citizenship remain undetermined. The High Court has given parliament a large amount of discretion to determine who is an Australian citizen. However, it has indicated that there are some people who parliament cannot exclude from citizenship.

In exercising this discretion, parliament must be alive to the constitutional – as well as the social and international – consequences of creating different classes of citizenship.

The authors will be attending a House of Representatives Social Policy and Legal Affairs Committee roundtable on Australian citizenship and constitutional law on Friday, March 20. The roundtable will bring together parliamentarians, experts and the public to discuss current issues related to citizenship and the Constitution. You can watch the proceedings live, and engage via Twitter using #auscon or @aboutthehouse.

Proposals to strip citizenship take Australia a step further than most