What a doppelganger Sweden teaches us about their COVID-19 strategy

Research by UNSW economist has found that Sweden’s coronavirus infection rates could have been reduced had its policymakers adopted stricter containment policies. 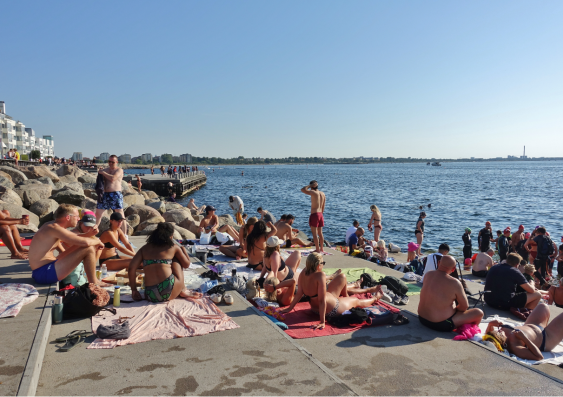 Crowds of people on the beach on the Oresund Strait in Malmö, Sweden, in August. Image: Shutterstock

While many countries around the world went into lockdown in the face of the COVID-19 pandemic, Sweden captured the world’s attention by deciding not to.

Sweden’s chief epidemiologist, Dr Anders Tegnell, created and drove a unique low-key national COVID-19 strategy, choosing to ignore calls for heavy lockdowns and instead recommending keeping most schools, bars, and restaurants open throughout the pandemic although with capacity constraints and table service. It also banned visitors from aged-care facilities and recommended at-risk groups such as people with pre-existing conditions distance socially.

Sweden's approach has generated controversy, created division between experts, and is used as an example whenever new government measures are implemented to control the spread of the virus in Australia.

How creating a doppelganger Sweden helps us better understand

Dr Stanley Cho is a Senior Lecturer in the School of Economics at UNSW Business School. In his latest research paper, Quantifying the impact of nonpharmaceutical interventions during the COVID-19 outbreak: The case of Sweden, he wanted to understand whether lockdown measures have an effect in terms of containing infection and fatality rates by looking at the counterfactual case of Sweden.

“There are a lot of people out there making claims about Sweden without carefully considering the base country (or countries) from which you make the comparison, and this can be quite misleading,” he said.

Dr Cho created an alternate model of Sweden comprising countries that share similar demographic characteristics to Sweden, but which eventually opted for a hard lockdown in late March. The modelling also examined how the countries’ infection and mortality paths compare to Sweden’s, which provides a more comparable "apple-to-apple" assessment of Sweden’s real-world approach.

“The synthetic Sweden is mostly made of neighbouring countries of Denmark, Finland and Norway,” said Dr Cho.

Initially, the infection paths of Sweden and its synthetic counterpart are quite similar, up until the five-week period of lockdown around late April.

After that, however, there is a clear divergence, and by week 11 around early June, the infection cases in the alternate model of Sweden are 75 per cent lower than what Sweden experienced.

He said this number is starker for those aged 85 and above, where death rates would have been reduced by 29 per cent.

As people adjust their behaviour in response to information and government policies, Dr Cho said the impact of nonpharmaceutical interventions becomes visible, with a time lag of around five weeks.

“So overall, the Swedish experiment provides a cautionary tale as its policymakers would have reduced the infection cases and mortality rates over time had they followed similar policies implemented elsewhere in Europe,” he said.

Dr Cho pointed out that his research is quite narrow in scope and only considers the epidemiological impact.

“I think with time, we can utilise economic data for a more comprehensive analysis.”

In addition, Dr Cho cited works by Danish researchers comparing spending patterns in Sweden and Denmark (one of the countries included in the alternate modelling scenario) where spending in Sweden fell by 25 per cent while in Denmark it fell by 29 per cent.

With the latest GDP growth rate in the second quarter from April to June, Swedish GDP fell by around 8 per cent while in neighbouring Denmark, Norway and Finland, GDP fell between 4 to 7 per cent. 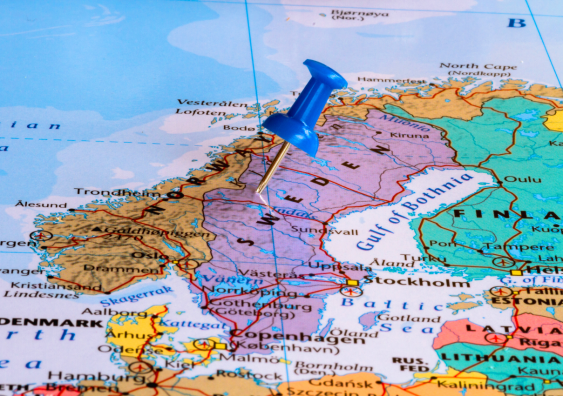 Was the Sweden lockdown model a success?

In comparison to Australia, which has implemented hard lockdowns at various stages of the pandemic, there has been 35 reported deaths per million with 890 confirmed deaths as of 2 October 2020.

Professor Andreas Ortmann, from the School of Economics at UNSW Business School, said it is premature to tell whether Sweden’s approach worked or not.

“It is way too early to conclude whether the Swedish model was a failure. My own bets are against that. I conjecture that what they did will look increasingly reasonable.”

“Data from the second quarter (April to June) simply do not tell the whole story, even if we only consider the epidemiological impact,” said Prof. Ortmann.

He points out that Denmark, for example, is going through a second, and stronger, wave of infections than its first while Sweden is not. On 18 September, Denmark imposed new restrictions as new virus cases surged.

As infection numbers are surging again almost everywhere in Europe, Sweden has some of the lowest numbers of new cases and deaths. In fact, Prof. Ortmann said its excess deaths have turned negative, while Sweden’s economy seems to be on the mend.

Sweden eschewed lockdowns. It's too early to be certain it was wrong

Economic theories that have changed us: experimental economics