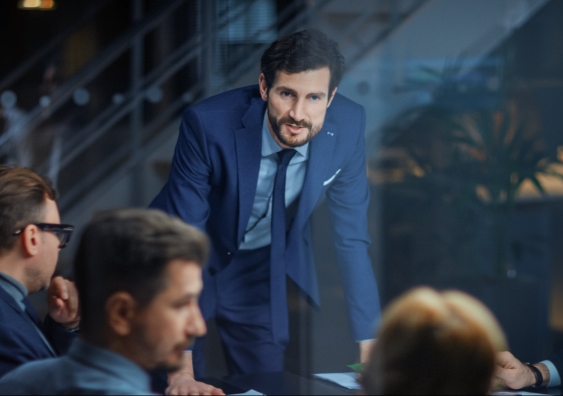 From Enron and Tyco through to WorldCom and Lehman Brothers, the world’s biggest corporate collapses usually have one thing in common: power hungry bosses. Photo: Shutterstock

Most people have dealt with power-hungry bosses at one time or another.

Several behaviours typify these kinds of leaders. For example, they may blame others for their mistakes, they like to take credit for others’ ideas and work, and often belittle those who do not support them or put down others who do not share their views.

Another common trait of such leaders is their need to maintain power and control through hoarding the “rights” to make important decisions in their organisation.

Not only does this process disenfranchise workers and disempower managers on the frontlines, but it can have potentially significant and far-reaching consequences for organisations.

For example, the world’s biggest corporate collapses – from Enron and Tyco through to WorldCom and Lehman Brothers, usually have one thing in common: a centralised organisational structure that concentrated power into the hands of executives who stifled the free flow of information and retained the right to make critical business decisions.

In such cases, there was often a whistleblower at a local level who knew something was going horribly wrong, but when they raised the alarm, they were ignored or overruled and effectively silenced by those higher up in the organisational food chain.

See more: Is a new breed of CEO required to lead in a post-COVID world?

“I’ve seen plenty of folks hoard decision rights,” said Richard Holden, Professor in the School of Economics at UNSW Business School, who recently co-authored a research paper on the issue: Organisations with Power-Hungry Agents together with Wouter Dessein, Eli Ginzberg Professor of Finance and Economics at Columbia Business School.

The research paper found that such behaviour is more common than most realise, and Prof. Holden said power hungry bosses are motivated by a number of factors. “Part of it can be put down to more or less nefarious explanations,” he said.

“There is one group of people who might have some kind of narcissistic personality disorder, and we can all probably think of examples of that. And there are other people who have ‘rules of thumb’ that got them where they are in order to be successful.

“And then some people just don't trust others and like to do things themselves; there’s nothing that’s necessarily or deeply profoundly psychologically problematic about that – it’s just the way some people are.” 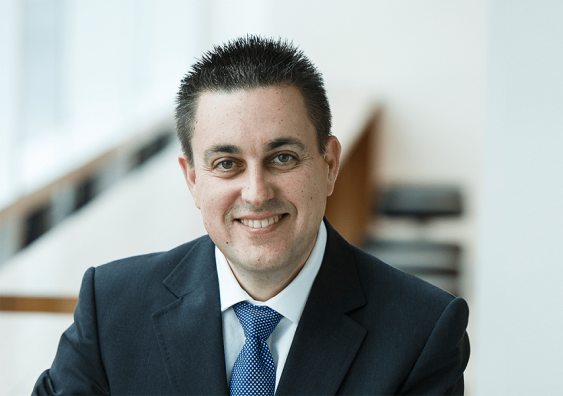 UNSW Business School's Richard Holden says taking on power hungry leaders is a job for board directors, who must be careful who they choose as CEO in the first place. Photo: supplied

What damage can power-hungry bosses do?

While “power hungry” sounds like a value-laden term (and to some degree Prof. Holden said it is), he explained that the evidence discussed in the research paper is from carefully designed and executed laboratory experiments, and these found that the hoarding of decision-making rights among organisational leaders is a fairly widespread phenomenon.

Furthermore, the hoarding of rights to make decisions tends to be most severe at the top of organisations – and this has potentially significant commercial implications for organisations.

Chief among these is that leaders who retain decision-making rights are willing to sacrifice their organisation’s expected earnings to retain control.

See more: Managing the micromanager in a new world of hybrid work

In addition, organisations with power-hungry leaders tend to be too centralised in their structure, while the presence of such managers also results in a flattening of the organisational hierarchy and smaller, less integrated firms.

“If you can think back to a time when banks had branches with local managers, it has been very well-documented that they are much better at assessing credit risks than people back in head office, for example.

“Similarly, people in an academic department at a university probably know more about who the best people are in their particular field (such as a certain branch of anthropology or a certain branch of mathematical number theory) than people in the central administration of the university. This principle is roughly true in almost every organisation throughout the economy.”

Prof. Holden said multinationals are more likely to experience this problem. He gave the example of a study of 100,000 IBM employees across 50 countries in the 1970s, which documented substantial variation in cultural attitudes toward hierarchy and authority.

This study found that the larger and more dispersed an organisation is (either geographically or based on industries), the more likely it will have leaders who tend to centralise decision-making rights. 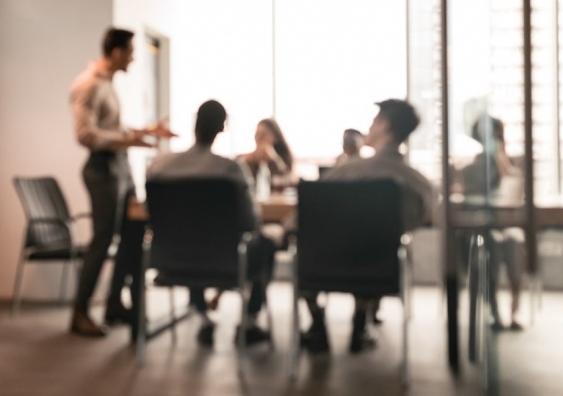 What can be done to stop power hungry bosses?

As part of their study, Prof. Holden and Prof. Dessein developed a framework that models answers to a number of important questions for organisations, such as:

While the answers to the above questions will differ for each organisation, Prof. Holden said the implications for boards (and the actions they should take) around power-hungry leaders are more consistent.

“This is a job for the board,” said Prof. Holden, who explained the first and most important consideration is to be careful who they choose as CEO.

“Is the candidate they have in mind a ‘power-hungry decision-rights hoarder’? That could be bad news for the organisation. When it comes to making decisions, are they a hoarder or not? Are they a good delegator or not? And since there's an underappreciated downside or drawback to having a hoarder in charge, you may want to think carefully about that dimension of who you're choosing.”

Another solution for boards to power-hungry leaders providing direct rewards or incentives for delegation. These rewards might come in different forms, including benefits from structuring the organisation in a certain way.

“But there are ways that you can think about financial delegations, for example, in that can be they can be decisions that can be made at the board level,” said Prof. Holden.

These might be decisions about limits on capital expenditures, acquisitions or divestitures, for example, which place formal thresholds on certain kinds of decisions and the potential impact they could have on an organisation.

“So those are the things that boards can do, and it’s really a challenge for board directors to take up,” Prof. Holden concluded.