Opinion Who watches the watchmen? Lessons from Uganda’s budget office

What do you do when a parliamentary budget office, which has the responsibility to provide honest budget numbers, is itself the subject of corrupt practices, asks Usman W. Chohan. 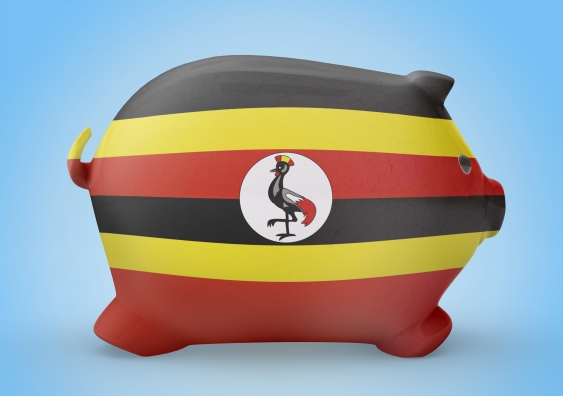 OPINION: Parliamentary budget offices are meant to be watchmen that help parliamentarians by providing them with solid budget analysis. They are supposed to provide honest budget numbers based on nonpartisan evaluations. To do this they must maintain a pristine reputation free from corruption, political dealings or criminal activity.

There are nearly 60 parliamentary budget offices around the world, out of which a handful are in Africa, including Uganda, Kenya and South Africa.

These offices are considered international best practice in budgeting because they add an element of nonpartisan economic analysis that helps parliaments to study complex budget issues with more clarity and accuracy. As such, they are intended to bring more honesty to the budget process.

So what happens if a parliamentary budget office were itself to become the subject of corrupt practices? What if the watchman himself needs to be watched?

In 2015 the Ugandan Parliamentary Budget Office’s head, Samuel Wanyaka, was sentenced on three counts of embezzlement, false accounting and abuse of office. Uganda’s Anti-Corruption Court found that he had embezzled 822 million shillings (3.7 million rand) meant for duties of the office. Nearly 80% of this was stolen and the remainder left unaccounted for. He has been ordered to refund the money and is now concurrently serving ten years for these three sentences.

This event could easily be dismissed as a minor example of corrupt practices in public service, and was indeed largely ignored by international budget experts and development partners. But it raises two important points about budget accountability in developing countries that need to be emphasised.

My previously published research has looked at the importance of cultivating stakeholder trust by parliamentary budget offices, particularly by looking at Canada’s budget office. The record is mixed. Each office has attained a different level of success in cultivating its key stakeholders of parliament, the executive, the media and the public.

But, in each case, the parliamentary budget office has had to lean on reputational capital. This is to say that it has had to establish a reputation among its stakeholders of wielding intellectual rigour in a nonpartisan way.

My research has found that the process of cultivating such reputational capital is by no means easy. There is little room for failure on the office’s part because institutions that are far more powerful have incentives to see the office falter.

What has happened in the case of Uganda is that its Parliamentary Budget Office has suffered from a very damaging impact to its own reputation due to the conviction of its director. Trust in the institution has been eroded. MPs will have a very difficult time confiding in the office – at least not without the formation of strong internal controls and robust oversight.

Who will Watch the Watchmen?

This need for strong internal controls and monitoring of the office itself raises a second important point: who will watch the watchmen? Who will oversee the oversight bodies?

Since the days of ancient Rome, satirists and philosophers have wrestled with the idea that those who are at the forefront of accountability must themselves be accountable to someone.

The case of Uganda raises a broader question: are developing countries really ready for the sort of tough oversight and rigorous budget reform that a parliamentary budget office is meant to offer?

It might useful to remember why the office was first instituted in Uganda.

Created in 2001, the Ugandan experiment was avant-garde even by developed country standards. Canada’s Parliamentary Budget Office was formed in 2006 and Australia’s only in 2012. Why was Uganda so far ahead?

First, the Ugandan political climate circa 2001 was peculiar in that it was a system of “no political parties”. This meant that the idea of an “opposition” movement was far more amenable to the sort of heavy-duty reforms that a parliamentary budget office entails.

Second, Uganda has had a longstanding relationship with multilateral development agencies such as the World Bank, which pushed it to go ahead with its parliamentary budget office experiment.

Given the corruption scandal against the office’s director, it seems the experiment has suffered from design shortcomings, specifically in relation to the internal oversight of funds within it.

In 2013, I interviewed Wanyaka as part of a budget experts' conference in Montreal, Canada. He was not under any criminal investigation at that time. He had mentioned that there was a certain amount of precarity with respect to the Ugandan Parliamentary Budget Office. He mentioned that there was talk of repealing the Ugandan Budget Act’s provisions that created the office.

Not surprisingly, he did not mention any issues of weak internal controls or its susceptibility to corrupt practices. However, it is the internal issues of the office that have led it to be most at risk.

Internal oversight needs to be instituted within all parliamentary budget offices. This is true in both developed and developing countries. But it is also important to ensure there are proper design features, such as correct reporting relationships, within the broader accountability framework for the budget.

For example, an office can be brought into a reporting relationship with the Public Accounts Committee, as is done in New South Wales, Australia. Alternatively, the auditor-general or a standing committee on finance can be used as well.

In any case, it is important to properly situate the parliamentary budget office within the broader accountability framework of a country, with robust internal controls to monitor funds, and a sufficient budget to engage in necessary oversight duties. No single legislative budget office in the world has gotten the equation perfectly right as of yet, and that may just be because these institutions are comparatively new.

However, the scandal at Uganda’s Parliamentary Budget Office shows that figuring out the proper roles, functions, internal controls, and capacities is more pressing than ever, especially in developing country contexts where budgeting can play a far greater role in enhancing economic development.