Opinion 'A worthwhile project': Why two chief justices support the Voice to parliament, and why that matters

Two former high court justices and constitutional experts have thrown their support behind the importance of a First Nations Voice to parliament. 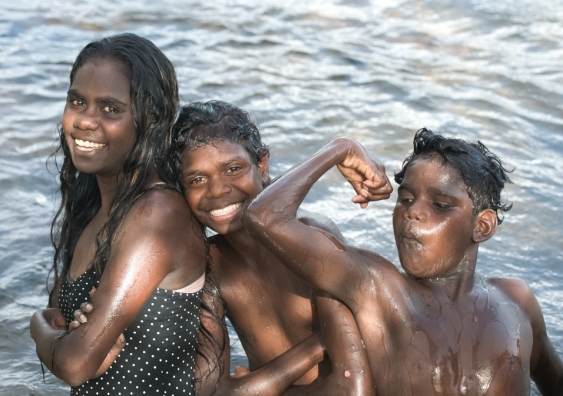 On July 18, the former chief justice of the High Court of Australia, Murray Gleeson, delivered a powerful endorsement of the proposal for constitutional recognition of Aboriginal and Torres Strait Islander peoples through a First Nations Voice, describing it as a “worthwhile project”.

Two weeks later, another former chief justice, Robert French, wrote an essay in The Australian explaining that the constitutional entrenchment of a First Nations Voice would be part of Australians’ journey to know “who we are as a nation”.

The intervention of two esteemed and vastly experienced judges in a controversial and complex debate is significant and provides an important signal of hope in finding a way towards political agreement on the issues.

Why their views matter

The importance of Gleeson’s speech extended beyond his status as a former High Court chief justice. Gleeson is one of Australia’s most respected thinkers on constitutional law. 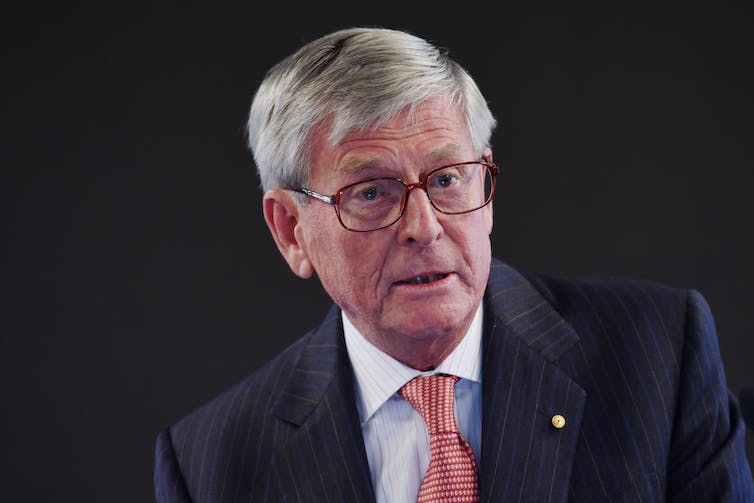 While appointed by the Howard government, Gleeson was never considered to be a political or partisan conservative. Rather, he maintained wide respect across the political spectrum as what is referred to as a legally (as opposed to politically) conservative, or orthodox, judge. His legal decision-making was closely confined to established legal rules and steered clear of controversial policy issues.

While Gleeson has largely kept himself out of the public spotlight since his retirement in 2008, he did accept an appointment to the Referendum Council. The council was convened in December 2015 to advise the prime minister and leader of the opposition on progress and next steps towards a referendum to recognise Aboriginal and Torres Strait Islander peoples in the Australian Constitution.

In its final 2017 report, the council endorsed the proposal from the Uluru Statement from the Heart. It recommended that a referendum be held to provide in the constitution for a body that gives Aboriginal and Torres Strait Islander First Nations a Voice to the Commonwealth Parliament. So the former chief justice delivering a speech endorsing the proposal may have come as little surprise.

However, it represented an important and new contribution to the current debate. It revealed, for the first time, one of Australia’s most highly respected, legally conservative mind’s understanding of why the Voice was consistent with our constitutional system, and why it should be pursued as “a worthwhile project”, as he put it.

French is also one of Australia’s most respected constitutional lawyers. Before his appointment to the High Court he was the president of the Australian Association of Constitutional Law. French was, and is, well respected across political lines. Indeed, as a young man he had run for office in Western Australia as a Liberal candidate against Kim Beazley senior.

French’s intervention in the current debate also drew on his extensive experience working with Aboriginal and Torres Strait Islander people. As founding member of the West Australian Aboriginal Legal Service, he was involved in many native title cases as a Federal Court judge from 1986-2008. He was president of the Native Title Tribunal from 1994-1998.

French’s essay, which largely endorses and expands upon the position of Gleeson, is heavily informed by this extensive experience with Aboriginal and Torres Strait Islander people, particularly in relation to native title claims, over the course of his career.

Australia, Gleeson explained in his speech, has undergone fundamental legal developments in the last 30 years. In this time, the Australian people have changed in their social and cultural attitudes towards Indigenous people. He argues that these changes, particularly in relation to land rights and native title, demonstrate we are ready to address the historical fact of dispossession and its consequences, possibly through constitutional recognition.

French echoes these sentiments, explaining the importance of constitutional recognition as the next step Australians need to take in a journey towards “knowing who we are as a nation”. He writes:

Recognition in the Australian Constitution would reflect an existing national growth of respect for our First Peoples and thus for the whole of the full, rich and long history of the people of this continent.

Gleeson is not, however, in favour of any form of constitutional reform. He placed two conditions on his support. First, such reform must be consistent with the nature of the constitution. Second, it must confer “substantial benefit upon Indigenous people”.

The Australian Constitution was not forged during revolution in which the people demanded greater controls on the power of the state. Rather, it was about creating a federation between the colonies, which wished to come together for largely pragmatic reasons. The document, Gleeson reminded us, “is essentially a structural plan for a federal system of government, not what would now be called a human rights instrument”.

It is for this reason, Gleeson said, that many people have rejected one proposal for constitutional recognition, recommended first in 2012 by the Expert Panel on Constitutional Recognition of Indigenous Australians, for a constitutional protection against racial discrimination.

In his words, once the nature of our constitutional document is remembered, that proposal appears “incongruous”, in that it would reduce the law-making powers of the parliament.

In contrast, the proposal for a First Nations Voice is entirely consistent with the Australian constitutional system. Gleeson provides three reasons why this is so.

The first is that it does not limit parliament’s law-making powers.

This is sometimes referred to it as being consistent with parliamentary sovereignty. This is because the Voice is to parliament, advising parliament. It is not in parliament, exercising or limiting legislative power. Certainly, it would be hoped that the Voice would have influence over how the legislative powers are exercised, but there would be no way of compelling that to occur.

The second is that, while it is proposed that the Voice will appear in the constitution, the structure, composition and functions of the Voice will still be determined and susceptible to change by legislation. It would be, in Gleeson’s words “constitutionally entrenched but legislatively controlled”. French, in his essay, provides the constitutional and legal detail as to how this might be achieved.

The third is that the Voice was intended to have as its core function monitoring the use of the federal parliament’s races power, which has been used to make special laws for Aboriginal people.

Gleeson believes it should remain parliament’s decision as to whether a particular law is beneficial to Aboriginal people and thus justifies the passage of a law under the races power. This is further evidence as to why he doesn’t endorse the racial non-discrimination clause, which would pass this power across to the courts.

Given our constitution confers a power on the parliament to make special laws for Aboriginal people, he says, establishing a body to advise on the exercise of that power “hardly seems revolutionary”.

‘Substantive, and not merely ornamental’ recognition

Gleeson’s second condition was that the reform must confer substantial benefit on Indigenous people. His view is that, the Voice represents “substantive, and not merely ornamental” reform.

Gleeson provided two compelling reasons why this reform was a substantive project.

The first came in response to objections that the proposal would be divisive. More specifically, that it would undermine the value of equality that informs our democracy.

Gleeson explained his view that, rather than cause damaging division, the Voice would provide Australia with an opportunity to provide an appropriate response to the history of division through dispossession that started in 1788. Further, it would provide a safeguard and response to the division that still forms part of our constitutional system today through the races power.

The second reason was based on the practical value he saw in the operation of the Voice to parliament. He explained:

[a] body that has the capacity to speak to the Parliament on behalf of Indigenous people should be of advantage to Parliament and, through it, the nation.

The parliament will benefit from advice that will help it come to more informed, just decisions with respect to First Nations peoples.

Much consensus in the debate about constitutional recognition for First Nations has been forged in the two years since the Uluru Statement was delivered.

But there remains significant division as to whether the Voice should be constitutionally entrenched. Prime Minister Scott Morrison has indicated he would not support such a move. So the contributions of Gleeson and French about the desirability, as well as the practicality, of achieving this are significant.

There is also much work to be done before a First Nations Voice can be established, including detail around its precise composition, functions and powers.

In its April budget, the government committed $7 million to a co-design process for this to occur. French rallied us in the final words of his essay: while there is much to be done in the detailed design of the Voice, “the creation of a national consensus should not be beyond our wit”.